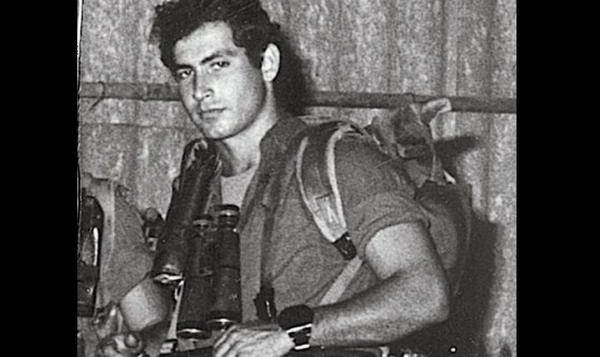 Is this man a chickenshit?

The folks in the White House are not holding back any longer. They are not moderating their hysterical antipathy to the Jewish state and its leaders as befits officials of the world’s leading superpower, but have turned to schoolyard taunts.

“The thing about Bibi is, he’s a chickenshit,” says an unnamed (as always) senior  administration official to journalist Jeffrey Goldberg.

Chickenshit? This is how they talk about our Prime Minister? Would they publicly use language like that to describe David Cameron or even Hassan Rouhani? Goldberg quotes another anonymous official as expressing a “red-hot anger” about Israel building over the Green Line. It’s strange that no such anger has been expressed toward the Iranian regime for continuing to make fools of Western negotiators as it progresses steadily toward the bomb Obama promised it would never have.

So why are they calling Binyamin Netanyahu a coward? Well, for one thing he is “afraid to start wars” — yes, this is a direct quotation! Goldberg’s official explains:

It’s too late for him to do anything. Two, three years ago, this was a possibility. But ultimately he couldn’t bring himself to pull the trigger. It was a combination of our pressure and his own unwillingness to do anything dramatic. Now it’s too late.

In other words, when Israel planned to hit Iranian nuclear facilities back in 2012 and the attack was vetoed by the Obama administration, Netanyahu didn’t proceed despite the veto.

Cowardice? A good case can be made for prudence in the face of direct US threats. Such an operation would be very complicated and difficult, and could be compromised at many points. The US had already leaked details of Israeli operations on multiple occasions, and it has the means to detect an attack the moment it begins. All it would have to do is allow the Iranians to find out that Israeli planes were on their way to frustrate the operation and cause the deaths of Israeli pilots. Remember that Obama adviser Zbig Brzezinski suggested in 2009 that US forces might even attack IAF aircraft in this precise situation.

Another important consideration is that an attack on Iran would almost certainly trigger a war with Hizballah, Iran’s terrorist foreign legion, which has as many as 100,000 missiles aimed at Israel. It would be foolhardy to invite this confrontation — and certain civilian and military casualties — unless there were a very good chance of significantly damaging Iran’s nuclear project.

How hypocritical can they get? First they tie his hands and then they call him a coward for not fighting!

The other reason he is “a chickenshit” is that he is allegedly afraid of right-wingers in his coalition and outside of it and panders to them by allowing construction in Judea and Samaria and especially eastern Jerusalem. The possibility that he actually believes that it is legitimate and in fact is bravely standing up for his convictions against US pressure does not seem to have been considered. The administration official continued:

The bad thing about him is that he won’t do anything to reach an accommodation with the Palestinians or with the Sunni Arab states. The only thing he’s interested in is protecting himself from political defeat. He’s not [Yitzhak] Rabin, he’s not [Ariel] Sharon, he’s certainly no [Menachem] Begin. He’s got no guts.

Really? Do you remember 2013, when he agreed to release more than 100 convicted terrorist murderers from Israeli jails in response to US demands, in order to “bring the Palestinians to the table?” Probably nothing could have hurt him as much in domestic politics, not only with the right wing but with the average Israeli.

There have also been multiple freezes in construction, official and unofficial, which have angered pro-settlement elements. And then there was Bibi’s 2009 speech in which for the first time an Israeli Prime Minister accepted the idea of a Palestinian state. The accusation that he is “afraid” of making concessions for peace is simply a lie. The truth is that no matter what he does, only complete capitulation to Palestinian demands will satisfy the administration.

The extreme hypocrisy, contempt and vulgarity of the charges against PM Netanyahu are indicative of more than a policy disagreement. They signify a particular attitude toward the Jew among nations and the Jew among prime ministers that rises from the White House like a stench of corruption. There is no ‘special relationship’ between this administration and Israel unless is it the same old special treatment reserved for Jews from time immemorial.

I urge American Jews to pay attention. These people are not only Israel’s enemies, they are yours too.

An aside: I know it isn’t a Jewish tradition, but doesn’t Bibi have the right to demand satisfaction from the official who called him a coward? I suggest pistols at ten paces. I think we know who would win!

This entry was posted in Jew Hatred, US-Israel Relations. Bookmark the permalink.