Gaza war seems to be ending, but who won? 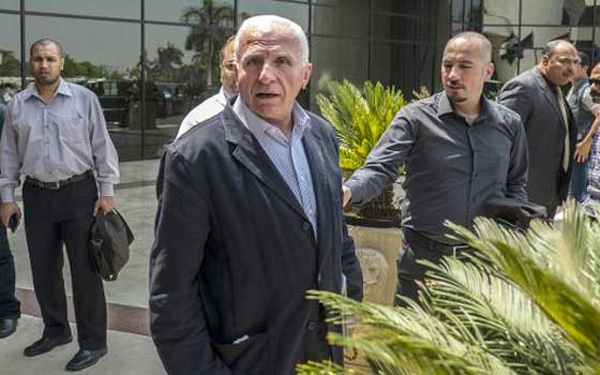 Senior Israeli officials have said that should the Egyptian efforts to forge a long-term cease-fire between Israel and Hamas fail, Western powers will likely try to push for a UN Security Council resolution that would call for an end to the fighting in the Gaza Strip. …

If the Cairo talks do fail, Israel is likely to unilaterally declare an end to the military operation and the introduction of a de facto cease-fire based on “answering quiet for quiet.” Justice Minister Tzipi Livni and Economy Minister Naftali Bennett support this option, in which Israel would reserve the right to strike “terror tunnels” from the Gaza Strip into Israeli territory or rocket factories in the Strip.

Senior Israeli officials said that if the Cairo talks fail to produce a negotiated agreement, pressure from the international community for a deal would increase. They said Britain, France and other nations were preparing a UN Security Council resolution calling for an end to the fighting in Gaza, the lifting of the blockade on the Strip, the return of Palestinian Authority forces to the territory and the reintroduction of international monitors at the Gaza border crossings to prevent arms from entering the Strip.

On Friday the foreign ministers of the 28 European Union member states approved a German, British and French proposal to support reconstruction in the Gaza Strip, in exchange for an international arrangement to prevent Hamas from rearming. The EU decision stated that the member states would support an international initiative endorsed by the UN Security Council.

I understand that these things are hard for regular people to understand. There are many considerations here that the Israeli government knows about that I don’t. But still…

This is what 64 Israeli soldiers died for?

They died so that the security of Israel could be placed in the hands of the hostile UN and  EU, not to mention the terrorists of al-Fatah (oh, excuse me, the “Palestinian Authority”)?

What about the rockets possessed by Hamas right now? What about the almost untouched deep military infrastructure in Gaza? What about the fact that international forces such as are proposed here have never in the history of the world deterred aggressors from their path?

Right now the UN is preparing yet another kangaroo-court ‘investigation’ into Israel’s alleged war crimes. Will Hamas’ well-documented war crimes also be investigated? And will anything be done to the perpetrators? Don’t hold your breath waiting for the Muslim-dominated UN to take action.

I don’t understand why Hamas, the aggressor and war criminal, has a right to demand anything. Justice, if there were such a thing in today’s corrupt world, would require that Hamas disarm immediately and unconditionally and turn over those responsible for its crimes to a tribunal that would honestly investigate and pass sentence on the perpetrators. If Hamas doesn’t cooperate, then Israel should not be sanctioned for bombing (etc.) Gaza to whatever degree is necessary to obtain cooperation. This is entirely in keeping with the UN charter, the 4th Geneva Convention, etc.

These 64 mostly young men went to war knowing that they were risking injury and death. I daresay that any of them could have avoided service if he had wanted to. Now their mothers, wives, fathers, children, siblings and friends are bereft.