The death penalty for terrorists is both appropriate and legal 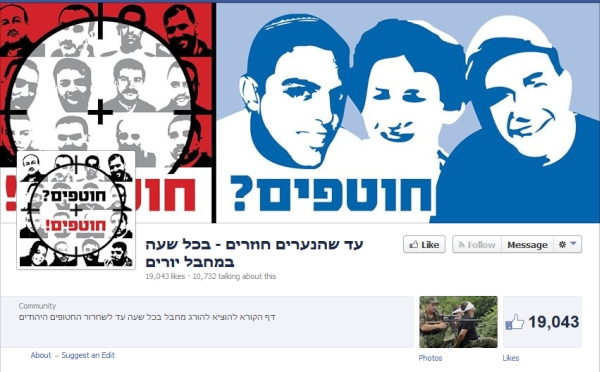 Following the kidnapping of three Jewish teenagers, probably to be traded for thousands of Arab prisoners in Israeli jails, a Facebook page was created calling for a terrorist to be shot every hour until the three are returned. As of now, it has received more than 19,000 ‘likes.’

Although this is both illegal — there is a rule of law, and you can’t simply take someone who has been sentenced to imprisonment and shoot him — and impractical for multiple reasons, it is easy to understand why this solution is embraced by many.

This kidnapping has, I hope, finally made it clear that the attempt to deter terrorism by arresting and imprisoning terrorists has failed. The system has broken down as a result of several high-profile prisoner releases, which have included numerous murderers. Prisoners have been released in return for Israelis kidnapped while trying to do a drug deal, dead bodies, kidnapped soldier Gilad Shalit, and most recently for absolutely nothing (thank you, Barack Obama).

It is imperative that Israel re-institute the death penalty for murder committed as part of acts of terrorism.

In an attempt to be an enlightened, progressive state, Israel has carried out the death penalty only once, in the case of Adolf Eichmann, who was hanged in 1962. Israel also has a death penalty for treason or aiding the enemy in time of war, but it has never been imposed. In 1954, capital punishment for ordinary (other than genocidal) murder or other crimes was abolished.

There are several reasons that this must change:

1. The present system no longer deters the most horrible crimes. No sentence of imprisonment can be a deterrent if a prisoner knows that he could be released tomorrow if there is a “prisoner exchange.”

2. Worse, the terrorists know that Israel will pay any price for the release of kidnapped citizens, particularly children. This is an incentive for more kidnappings. Israel’s security services have foiled no less than 64 attempted abductions since the beginning of 2013! It was only a matter of time before one succeeded.

3. Honor is important. When we allow them to kill us with impunity, we lose honor and invite more killing. Westerners have trouble understanding this, but it is extremely relevant in the Middle East. We can’t make the Arabs stop hating us, but maybe we can get them to show more respect. Our self-respect matters as well.

4. With all the lip service paid to liberal and progressive values, even in Europe they respect a person, or a people, that fights back.

The laws under which Eichmann was executed were passed in 1950, and intended for the punishment of Nazi war criminals. They have not been repealed. Israel is today facing an enemy no less dedicated to its destruction than Nazi Germany — indeed, its roots are deeply entwined with Naziism — and laws originally intended for Nazi war criminals are no less applicable to Arab ones.

Although it has been argued that the Basic Law: Human Dignity and Liberty (1992) prohibits the death penalty, I think section 8 explicitly allows for circumstances like today’s, while section 10 applies to the existing anti-genocide law:

1. The purpose of this Basic Law is to protect human dignity and liberty, in order to establish in a Basic Law the values of the State of Israel as a Jewish and democratic state.

2. There shall be no violation of the life, body or dignity of any person as such.

8. There shall be no violation of rights under this Basic Law except by a law befitting the values of the State of Israel, enacted for a proper purpose, and to an extent no greater than is required.

10. This Basic Law shall not affect the validity of any law (din) in force prior to the commencement of the Basic Law.

It would be wonderful to live in a world where a death penalty was not needed. Unfortunately, we don’t. As in other cases, substituting wishful thinking for honest analysis can be enormously destructive.