Where is the President on this? 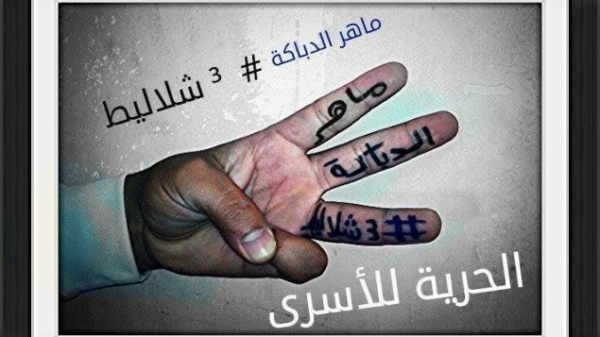 The United States strongly condemns the kidnapping of three Israeli teenagers and calls for their immediate release. Our thoughts and prayers are with their families. We hope for their quick and safe return home.  We continue to offer our full support for Israel in its search for the missing teens, and we have encouraged full cooperation between the Israeli and Palestinian security services.  We understand that cooperation is ongoing.

We are still seeking details on the parties responsible for this despicable terrorist act, although many indications point to Hamas’ involvement.  As we gather this information, we reiterate our position that Hamas is a terrorist organization known for its attacks on innocent civilians and which has used kidnapping in the past.

QUESTION: … As the search for the three teenagers goes into its sixth day, the Israelis are arresting hundreds of Palestinians, rounding up some or re-arresting in some cases many of the ones that were released. They’re having a clampdown, a lockdown. It’s really causing a very difficult humanitarian condition. Are you talking with the Israelis to sort of lighten – but I asked you this yesterday. Are you asking them to lighten up their heavy hand in their search?

MS. PSAKI: Well, Said, we’ve been in touch with both the Israelis and the Palestinians throughout the course of the last several days since these teenagers were kidnapped. We know this is a difficult time obviously on the ground. We’ve urged continued security cooperation between the Israelis and the Palestinians in the search for the kidnapped teenagers. We were encouraged by President Abbas’s strong statement to the Arab and Islamic foreign ministers today in Saudi Arabia. But – and certainly as the search continues and in our conversations, we urge both sides to exercise restraint and avoid the types of steps that could destabilize the situation. And that’s a message that we are conveying in all of our conversations as well.

Are we weakening just a bit? Now are we offering a smidgen less than “full support” for Israel in its attempt to rescue the boys? Full support, but use restraint, don’t destabilize anything. Don’t create a humanitarian crisis here.

I can agree with reporter ‘Said’ that it might be a little difficult for Palestinians now, although I don’t have too much sympathy for them given the support they offer the kidnappers in social media. Too bad — you want us to leave you alone, give them up.

I want to ask: what does it take for the administration to blame the Palestinians for anything? What would they have to do for US officials to say “it’s not ‘both sides’, the Palestinians are committing acts of terrorism and that is despicable?”

Now here is something else:

Where is President Obama on this? John Kerry condemned the kidnapping (a little late, but unequivocally). The White House (that is, a social media staffer) posted a tweet that “Our thoughts and prayers are with the families.” But as far as I can see, the President has not personally made a statement, as both he and his wife did in the case of the kidnapped Nigerian girls.

Let me be clear: I’m not accusing the President of prejudice. I am not saying that he cares more about Nigerians, or girls for that matter, than Israeli boys.

I am saying that he carefully calibrates the statements he makes and doesn’t make for the effect that they will have on various constituencies, both inside and outside of the US. And I think that he believes that a personal statement condemning the kidnappers would offend some of these constituencies, damage his channels of communication with them, etc.

Think about that. Who is he worried about? Hamas? The Muslim Brotherhood? Or just the Muslim world as a whole, which he has been obsequiously but unsuccessfully courting since 2009?

Unless his plan is to paralyze his enemies (and friends) with uncertainty about his intentions, his policy of combining dissimulation (OK, lying) with empty threats, the occasional drone strike, and fulsome concern for the feelings of barbarians is remarkably inept.

I wish Obama would just come out and say what he thinks, even though I believe it would horrify supporters of Israel — not to mention the rest of Western civilization.

This entry was posted in Israel and Palestinian Arabs, Terrorism, US-Israel Relations. Bookmark the permalink.

2 Responses to Where is the President on this?