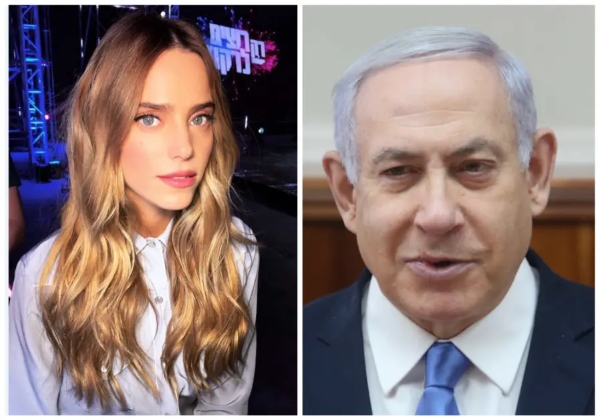 Thanks to Rotem Sela, an Israeli actress, model, and TV personality, we can learn a lesson about Zionism, nationalism, racism, and the Israeli and American Jewish Left.

Here is what happened: Miri Regev, Likud loyalist and Minister of Culture and Sport, noted that if Netanyahu’s main opponent, Benny Gantz, were to form a government, he would have to include anti-Zionist Arab parties in his coalition. Sela, on her Instagram page (because that is how actresses, models, and TV personalities communicate), said, in part (Hebrew link, my translation):

My God, there are also Arab citizens in this country! When the hell will someone in this government broadcast to the public that Israel is a state of all of its citizens? Every person was born equal. Even Arabs, God save us, are people.

Rotem my dear, an important correction: Israel is not a state of all its citizens. According to the Nation-State Law that we passed, Israel is the nation-state of the Jewish people – and only them. As you wrote, there is no problem with Arab citizens of Israel – they have equal rights with everyone…

In Israel, the reaction to Sela’s comment was predictable – anger on the Right and agreement on the Left (and yes, Gal Gadot expressed her support for her friend Sela in a relatively non-political way).

The usual suspects in America, J Street, If Not Now, the New Israel Fund, the Israel Policy Forum, and others, were on it like one of those Israeli hopping spiders on a cockroach. “Racist,” “undemocratic,” “cynical,” “morally repugnant,” and on and on. If Not Now referred to “racism” not once but twice in their statement.

I wouldn’t have called Sela “my dear,” but Netanyahu’s response was otherwise entirely correct. Even without the Nation-State Law, Israel has never been a “state of all its citizens” as Sela, who is supposed to be well-educated, asserted. Like Japan and numerous other countries, but unlike the US, Israel is a nation-state, a state in which – or by which – a particular people or culture expresses its right of self-determination.

The USA was defined by its founding fathers to be a state of all its citizens (although it took some time before it was ready to accept all of its legal inhabitants as citizens with full rights). Israel, on the other hand, was created to be “the state of the Jewish people,” while at the same time it endeavored to provide equal rights to all of its citizens. One way to understand this is to say that there are “civil rights” – the right to vote and hold office, education and employment, and so on, and “national rights,” which include the symbols, languages, and religions of the state, and – particularly important in the case of Israel – the objectives of encouraging immigration from the national diaspora and maintaining a national majority.

The nation-state law explicitly affirms the intention of the founders that national rights in the State of Israel belong to the Jewish people, and to nobody else. It does not limit the civil rights of national minorities. Rotem Sela doesn’t seem to understand this distinction. Netanyahu does, which may be one of the reasons he is PM and she is a fashion model.

This is nothing new, and it is neither racist, undemocratic, fascist, or morally repugnant. Nationalism and nation-states are out of fashion today, particularly in Europe, whose European Union is a (failing) attempt to replace those things with a universal government, and among the American Left, which is in the grip of the pathological ideology of “intersectionalism” (this will require a dedicated post).

There is a reason that Israel’s founding fathers defined it as the nation-state of the Jewish people and not something else, and that is the Zionist understanding that only in a majority Jewish state with Jewish symbols, culture, institutions, government, police, military, and so on can Jews be guaranteed a normal life and freedom from oppression without giving up their Jewishness.

This was the conclusion drawn by the early Zionists, from on the historical experiences of their people. It was further confirmed by the Holocaust, and the mass expulsions of Jews from Muslim countries following 1948. Today it is being confirmed yet again by the worldwide resurgence of antisemitism, even in places like the US and the UK where it had been thought to be dead. And it should also be clear that even without anti-Jewish violence, in places where Jews are a minority, they will be silently swallowed up by assimilation.

The definition of Israel as the state of the Jewish people has both symbolic and highly practical consequences. It justifies the use of Jewish symbolism in the flag, the national anthem, the symbol of the state, and so forth. It justifies the decision to observe Jewish holidays as national holidays, and to use the Hebrew language. But most important, the Law of Return for Jews (and no one else) is grounded in the understanding that Israel is the state of the Jewish people. It is the most concrete expression of national rights possible.

This isn’t “racism” (although by current American standards, who knows what that means?). It is nationalism, in particular Jewish nationalism, or in short, Zionism.

If Israel were to be redefined as a state of all its citizens, as the extreme Left and many Arab citizens want (and Rotem Sela appears to believe has already happened), what would be the justification for a Law of Return for Jews? Why shouldn’t there be one for Arabs? Why should Israel act as a place of refuge for persecuted Jews such as the Jews of Ethiopia, or even European Jews fleeing antisemitism? Why would it be important to have our capital in Jerusalem?

Israeli critics of the Nation-State Law (including Benny Gantz) have said that they would like to add a statement to it guaranteeing “equality” to all citizens of Israel. This is a bad idea. Equal civil rights for all are guaranteed by other basic laws. The Nation-State Law is the only one that specifically deals with national rights, and adding a statement about equality to it could be interpreted as diluting its force. It would be like the recent action of the American Congress, which diluted-to-death a resolution about antisemitism by making it a catch-all statement against every kind of bigotry. Even the antisemites were then able to vote for it.

Thank you for helping clarify that, Rotem.

This entry was posted in American Jews, Israeli Politics, Zionism. Bookmark the permalink.