Independence is the election issue 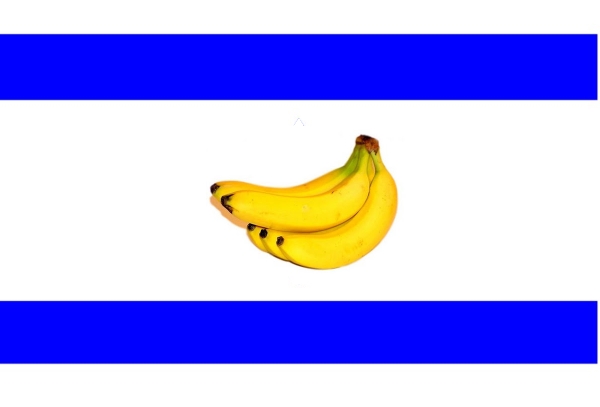 Will Israel become a ‘Banana republic’?

As Israel’s election draws near, there is one issue that is of overriding importance.

No, it is not the question of whether to try to restart negotiations with the Palestinian Authority. And it is not related to the price of apartments, income inequality or any other domestic issue.

It is the question of whether Israel will remain a sovereign, independent state, or whether it will become a satellite of the US, a ‘banana republic’ without an independent foreign policy.

I had a discussion this weekend over our Shabbat table with my son-in-law. “Look,” he said. “Buji and Tzipi aren’t going to make a deal with the Palestinians. Everyone knows that there’s no common ground. So what’s left are the domestic issues. And Netanyahu has failed miserably. It’s time for a change.” He speaks for many Israelis, especially young ones. But he’s missing the point.

Leave aside the question of whether PM Netanyahu has indeed failed, if indeed a different government would do a better job of making it possible for young people to afford an apartment, relieve the stress on the hospitals, improve the educational system, etc. Leave aside the question of whether a different government would have dealt with Hamas more effectively last summer.

Let’s say, בא נגיד, as Israelis like to say, that there really is no significant difference in the real-life security policies of Netanyahu’s Likud and Buji Herzog’s Zionist Union. Let’s say that Netanyahu would be more open to ceding territory to the Arabs than he says he would be, and that Herzog would be less ready to make a deal than he says.

Even if all this were true, there is still one elephant left in the room. And that is the relationship with the Obama Administration. And that elephant is not that Netanyahu has a poor one — it’s that Buji and Tzipi’s is too good.

Netanyahu went to Washington and stood up for Israel’s interests, receiving a huge amount of abuse from Obama partisans in America and the Left in Israel in return. There is no doubt that the vindictive Obama will do his best to punish him personally in any way that he can. But the PM believed that his action would possibly tip the balance against an agreement with Iran that would legitimize rather then retard its progress toward nuclear weapons, and that preventing this is of the utmost importance.

Buji, on the other hand, did not go to Washington in solidarity with the PM. In fact, he opposed the visit, saying that the Iranian program, while “a big threat,” was not “existential.” And he said “I trust Obama to get a good deal.”

For an Israeli to trust Obama after he has consistently demonstrated — both in speech and action — his lack of sympathy (even a poorly-hidden antipathy) for Israel, along with empathy for its enemies, is simply breathtaking.

But it is not surprising, considering the backing that Herzog and Livni’s Zionist Union has received from the Obama Administration. There is no doubt that large amounts of money are flowing from American and other foreign sources into groups working against Netanyahu, with administration encouragement at the very least — and direct connivance at most.

A nonpartisan Senate investigation into the possibility that taxpayer funds were used to interfere in Israel’s election is now taking place. If any smoking guns are discovered, it will be far too late to affect the election. But both PM Netanyahu and many Israelis are absolutely certain that the administration is doing its best to defeat him.

Assuming that Herzog becomes Prime Minister, how easy will it be for him to say ‘no’ to the man that helped get him elected? The administration has said it will push to restart talks with the Palestinians after the election. That means immediate pressure for concessions “to bring the Palestinians to the table,” such as freezing building in settlement blocs and eastern Jerusalem, releasing terrorists from Israeli prisons, and so forth. We’ve played this game before, and it always turns out the same way: the Palestinians pocket the concessions and continue making their maximal demands.

There is also the next war to consider. We don’t know whether it will be with Hamas or Hizballah, but we can expect that the moment it starts, so will the pressure from Washington to accept a cease-fire that will be highly disadvantageous. During the recent Gaza conflict, the administration tried to push a cease-fire agreement developed with the help of Hamas supporters Qatar and Turkey; embargoed the delivery of arms to Israel; encouraged the FAA to ground US flights to Ben-Gurion airport; and accused Israel of “disproportionate” actions. How will Herzog and Livni react to similar pressure?

And of course, the big one, Iran. But we already know what Buji will do on this issue — trust his good friend, Barack Obama.

The bad relationship between Netanyahu and Obama is not a personality clash. It is directly due to the fact that Netanyahu will not follow instructions from the White House. And that is the way it has to be, because what Barack Obama wants is not necessarily what is good for Israel.

Maybe Buji and Tzipi think they will be strong enough to resist once they are in power. But as I wrote last week, you don’t make a deal with the devil and ask for your soul back.

3 Responses to Independence is the election issue