Posted on December 19, 2014 by Victor Rosenthal 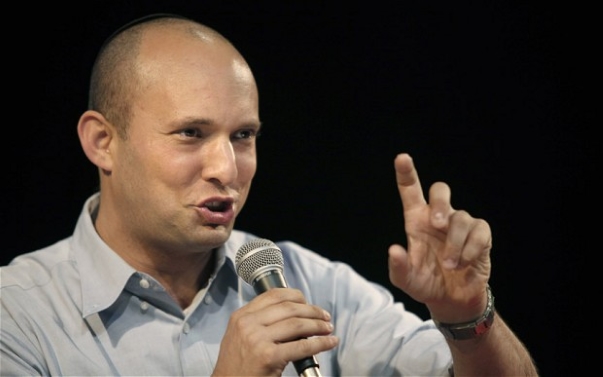 Yesterday I wrote a post arguing that the EU’s problem with Israel is fundamentally insoluble. I am beginning to think that we are going to have an equally difficult time with liberal American Jews.

Rabbi Eric Yoffie is the former head of the Union for Reform Judaism and is a moderate, pro-Israel voice in the Reform movement, many of whose rabbis are significantly farther to the left. But today he published a hysterical diatribe against Naftali Bennett in which he refers to him as ‘crazy’:

American Jews are wondering: Just how crazy is Israel’s economy minister and head of the Habayit Hayehudi party, Naftali Bennett? And how much damage will he do to Israel’s wellbeing and standing in the world? While no one is saying so out loud at the moment, the fear is that he is indeed crazy – in the sense that he is profoundly out of touch with political realities and is capable of inflicting tremendous harm to Israel’s good name.

One of Yoffie’s main arguments is that Bennett’s proposal to annex Area C constitutes an “abandonment of democratic principles.” This is nonsense, because Bennett proposes to offer citizenship to the Arabs in the area to be annexed, and to give the Arabs in the rest as much autonomy as is consistent with demilitarization and continued Israeli control over borders, airspace, etc. — which is absolutely necessary for our security.

Maybe Yoffie thinks that a completely sovereign Arab state can be allowed to arise in the territories, but if so then he is the ‘crazy’ one who is out of touch with reality. Even Labor candidates Isaac Herzog and Tzipi Livni would have to agree that there must be limitations on the sovereignty of a Palestinian state. They too talk a lot about ‘democracy’, but the dirty secret about a ‘two-state solution,’ regardless of its precise borders, is that a sovereign ‘Palestinian’ state is inconsistent with Israel’s secure existence. No rational Israeli leader will allow it.

American Jewish leaders, says Yoffie, were “shocked” by Bennett’s presentation (video) at the recent Saban Forum, calling him “dismissive of American concerns and of democratic values.” There is that word again, ‘democratic’. Yoffie seems to think that a lack of commitment to democracy is the biggest problem with Bennett.

The political profession is not necessarily a noble one, and it is fair to ask whether Bennett really believes every word of what he is saying, or whether he is putting on a carefully choreographed election performance from which he will begin to retreat the day after the March 17 vote. I am betting on the former; the sincerity that Bennett proclaims and sees as a source of his electoral strength seems to be real. And there is nothing in his public record or the record of his party to suggest that his positions are put forward out of convenience rather than conviction.

The contradiction is striking: Yoffie seems to care a great deal about the prospects for democracy for the Arabs of Judea and Samaria, but not at all about the real democratic process which he admits may give Naftali Bennett an important role in the next government!

And this is my problem with him, and with much of the liberal American Jewish establishment.

They cannot have it both ways. If they are for democracy, then they must be for allowing Israelis to choose their own government, even if it isn’t to their liking, or to the liking of the US administration that they support.

It should be as clear by now to American Jews as it is to Israelis that the two-state paradigm was a mistake. Israelis paid dearly in lives as a result, in part, of American pressure to ‘test’ the Palestinian commitment to peace. Now, 21 years after the handshake on the White House lawn, the ‘test’ is over and the PLO has received a grade of F.

Unfortunately American Jews have been fed a stream of misinformation by leaders like Yoffie, who seem unable to grasp this.

Luckily for us, they will not get to vote in our election.

4 Responses to Rabbi Yoffie loses it