US plan for Israel and Palestinians is impossible 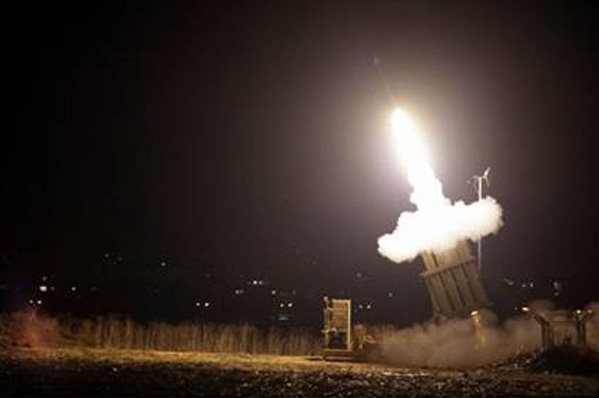 Israel and the US have already coordinated and agreed on the details of a future agreement for a long-term ceasefire with Hamas, and a gradual lifting of the blockade on the Gaza Strip, Ynet reported early Tuesday. …

The sources told Ynet that the agreement between Israel and the US on the terms of a deal with Hamas was reached secretly and entails Israel opening the land crossings into Gaza, followed by sea access, not objecting to the payment of salaries to Hamas men in Gaza, and facilitating the reconstruction of Gaza with international aid.

The US, according to the report, will support Israel’s demand to prevent the rearmament of Hamas and other terror groups in Gaza, and will help Israel promote this goal in the international sphere. Israel reportedly gave up on the demand that terror groups in Gaza disarm.

This was apparently written before the barrage of about 50 rockets which were launched last night in violation of the ceasefire, including some at Tel Aviv, Jerusalem and even Hebron (even usually quiet Rehovot was a target last night, with at least one rocket taken out by Iron Dome. Another barrage is going on as I write, at 8:15 AM).

Nevertheless, I doubt that this will have any effect on the ultimate outcome. The American plan is that Hamas will be moderated and legitimized, somehow reconciled with Fatah (details on this are fuzzy), and then a two-state solution will be implemented with Israel sandwiched between two halves of ‘Palestine’. In order for this to happen, the war has to end with Hamas intact.

One of the main reasons that Israel has for opposing a Palestinian state is that Hamas, both the most powerful faction (militarily and politically) and one of the most rejectionist, will quickly take over. Judea and Samaria will become like Gaza, with rockets fired from locations a few miles from Tel Aviv and Ben Gurion Airport.

But if the US can somehow get Hamas to behave, then it believes that this objection can be neutralized. And it thinks that it can tame Hamas by making Israel give in to its demands.

This is fundamentally wrong. Hamas’ highest priority is to destroy Israel. It is not asking for open borders or international aid in order to improve living conditions in Gaza — it wants them in order to build up its forces for confrontation with Israel. If you don’t believe this, look at how it has exposed its population during the war. It is not possible to ‘tame’ Hamas with concessions, only to help it carry out its extremist program.

The US has always held stubbornly to the belief the way to achieve peace between Israel and its neighbors is to reverse the results of the 1967 war. This false idea led it to embrace the weak, corrupt and intransigent Abbas regime in Judea and Samaria, to push for Israel to give up the Golan heights to Syria — imagine if that little gambit had succeeded — and now to try to pay off Hamas to make an ideological 180 degree turn and coexist with Israel, completely against its nature.

This betrays either a profound ignorance of Hamas ideology, values and aspirations — or something much more malign.

Meanwhile, the IDF is retaliating against rocket launchers and other targets. I have a feeling that the US is keeping a tight lid on Israel’s responses.

Now is the time for yet another demonstration. The signs should read “Free Israel — from US domination.”

4 Responses to US plan for Israel and Palestinians is impossible