Israel-hating lunatics too crazy to make fun of 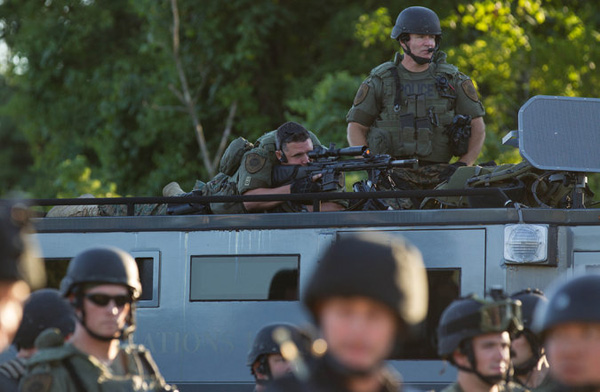 The sheer irrationality of the Israel-haters is so great that it becomes impossible to mock them.

When the news of the massive protests and police reaction in Ferguson, Missouri, following the shooting of an unarmed black teenager reached Israel, people joked about how long it would take before Israel would be blamed.

The actual answer was ‘a couple of days’.

Yes, really. It seems that US police sometimes visit Israel for courses in counter-terrorism, and the previous police chief of Ferguson, Tim Fitch (not Finch, as at the link) did so in 2011.

And what do American policemen learn in Israel? Max Blumenthal, famous for interviewing drunks in bars, explains that they learned about torture, “Israeli killing methods” and “profiling and behavioral assessment techniques … that were initially tested on Palestinians.” US police and security agencies are being, gasp, “Israelified.”

Blumenthal’s article is long and full of suggestions of conspiracies. The simple fact that Israel is the target of more terrorism than any other place in the world and that Israeli security people have learned a lot about how to prevent and react to it is lost on him.

Blumenthal, who wrote an awful book called ‘Goliath’ viciously attacking Israel (which even embarrassed many who are usually counted as part of the anti-Zionist Left), is perhaps a special case, a man so obsessed as to be considered mentally ill.

But the fact that it is even possible to say out loud that Israel is in any way responsible for the alleged behavior of American police without provoking gales of laughter is worrisome.

This entry was posted in Information war, Terrorism. Bookmark the permalink.