Some notes on law and war 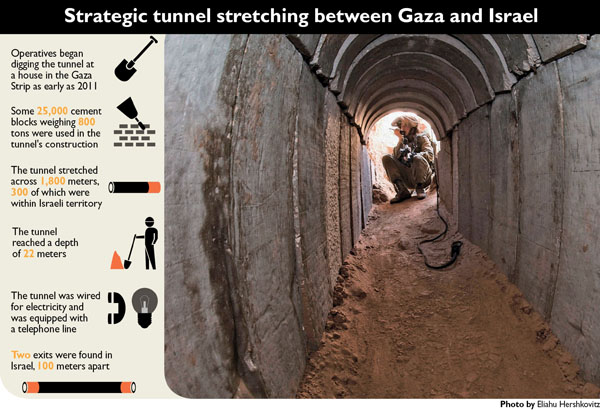 Many observers have pointed out that the asymmetric nature of the conflict between Israel and Hamas greatly favors Hamas. Elan Journo argues that the international laws of war “abet Hamas [and] undercut Israel”:

We can all agree that civilian casualties are an unwelcome fact of war, but these laws are rigged against Israel in this conflict—rigged against any free nation acting in self-defense. The more scrupulously Israel complies with these norms, the more it abets Hamas and undercuts its self-defense.

Morally, in defending itself, Israel’s priority must be eliminating the threat from Hamas. Hamas has declared its goal of destroying Israel in no uncertain terms. It is responsible for devastating suicide bombings and, over the years, thousands of rocket attacks from Gaza against towns and cities in Israel. Yet, against this backdrop, the laws of war enjoin Israel to practice restraint and to subordinate the objective of self-defense in the name of safeguarding civilians in a war zone.

He has a point, but I would put it differently: it isn’t the content of the laws of war, but rather their unbalanced enforcement that favors Hamas.

Hamas does not simply commit war crimes in the process of fighting. The Hamas strategy is, quite simply, based on the commission of war crimes. Their offensive weapons are deliberately aimed at Israeli civilians, and they fire them from within their own population, with intent to deter Israel from striking back. These are both war crimes.

There is no doubt that Hamas is violating international law with intent, while the IDF is going out of its way, to a greater extent than any other army in history, to protect enemy noncombatants. Despite some highly-publicized incidents, the total number of Gazan casualties in ten days of fighting is relatively low, and analysis shows that the complaint that a majority are civilians is probably false.  The accusation that Israel intentionally targets civilians has no basis.

But there are two ways in which the laws of war are being misapplied. First, both because of Hamas’ status as a rogue non-state entity and its support from Iran, a rogue state itself, it is difficult to punish it for its transgressions. And second, because of the biased international establishment — the UN and the “human rights” NGOs — Israel is expected to adhere to an impossible standard of compliance. Given that no other nation has ever behaved in the way Israel is expected to, the hypocrisy of the establishment is blatant.

If this isn’t enough, biased NGOs and media continue to misinterpret the law in order to accuse Israel of violations. One of the most persistent misunderstandings is of ‘proportionality’, which only demands that the force an army uses must be proportional to its objective.

It would be a violation of the rule of proportionality if the IDF dropped a 1000-pound bomb on a car carrying a rocket-launching team, and killed 50 people in the vicinity (in fact, the IDF uses rockets with small warheads that effectively confine the explosion to a vehicle in such cases). Proportionality emphatically does not demand that casualties must be the same on both sides, or that an army use less force than needed to obtain its objective, just because the other side is weaker!

An army is also supposed to do its best to warn civilians away from areas where hostilities are taking place. It is not required to warn enemy combatants, and it is not required to forgo attacking legitimate military targets because of the presence of civilians unless an attack would constitute the use of disproportionate force (see the example above). Nevertheless, the IDF often does refrain from firing to protect civilians.

Israel may find that it is impossible to stop the Hamas rocket attacks and infiltration of terrorists via tunnels without causing a large number of civilian casualties, either by intensive bombardment of populated areas where the rockets, tunnels, or fighters are located, or by a ground invasion. In either case, Israel is justified in doing so as long as it follows the rules.

Here are some relevant points:

1. The IDF is not guilty of a war crime if it accidentally kills civilians when attacking legitimate military objectives, as long as it takes reasonable precautions (e.g., warning civilian populations) and as long as it uses proportionate force to obtain its objectives.

2. Hamas is guilty of at least two kinds of war crimes: deliberately attacking civilian targets, and using its own population as human shields. Hamas is also violating the UN charter by its aggression against Israel.

3. But — and the IDF knows this and acts accordingly — the behavior of Hamas doesn’t absolve the IDF from following the rules. Two wrongs don’t make a right (at the same time, there is no reason the IDF should be held to a higher standard of compliance than any other military force in history).

4. Even if the ratio of casualties between Hamas and Israel rises to 1000 to 1, this does not imply that Israel is using disproportionate force. There is no law that forbids one side from having a better army and better home-front defenses than the other.

5. International institutions, media and governments that accuse Israel of war crimes are either ignorant or deliberately biased.

Breaking: The IDF has announced that it has begun a limited ground invasion to neutralize at least 10 infiltration tunnels Hamas has built into Israeli territory. The tunnel in the photo above was discovered in October 2013.