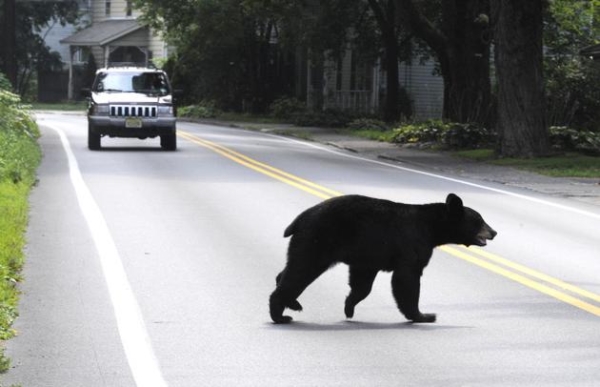 The PLO ‘recognized’ Israel the way we might recognize a bear walking down the middle of the street: you can’t ignore it, but you don’t admit that it has a right to be where it is

The establishment of a Palestinian Authority (PA) unity government that includes Hamas is the last inning of a ballgame which has been in extra innings far too long.

The PLO and its Fatah faction which have controlled the PA since its inception in 1993 are just as committed to Israel’s destruction as Hamas. Fatah is the heir of Haj Amin al-Husseini, pogromist and close ally of Hitler, by way of the terrorist’s terrorist, Yasser Arafat. They follow different strategies, but for Israel the goal is the same.

The US and EU (and today’s Israel!) draw a distinction between Hamas and the PLO, as if to say “see, we really do believe that there is such a thing as terrorism. Take Hamas, for example.” This is the same kind of maneuver the US executes by denouncing al-Qaeda while supporting the Muslim Brotherhood.

The ‘secret’ of the US and EU is that they really don’t much care who rules the Palestinian Arabs, as long as they get the Jews out of the territories. Even if al-Qaeda or Arafat’s ghost took over the PA, they would continue to fund it. Now they have quickly found a way to ignore the presence of Hamas.

But from Israel’s point of view, this may be the moment that it is possible to escape from the bind it got into in 1993 when it allowed itself to be suckered into a self-delusional agreement with Arafat that included accepting the pretense that the PLO ‘recognized’ the legitimacy of the Jewish state. In fact, the PLO ‘recognized’ Israel the way we might recognize a bear walking down the middle of the street: you can’t ignore it, but you don’t admit that it has a right to be where it is!

A reasonable time to have declared ‘game over’ was in 2000, when Arafat started a war in which most of the over 1000 Israeli casualties were noncombatants. Apparently Israel was unable to stand against American and European pressure then, so the charade of a ‘peace process’ was continued for another 14 years.

The PA itself was created by the Oslo accords, and the PLO has consistently violated them in every imaginable way: by supporting terrorism, inciting its population to murder, militarizing, unilaterally appealing to the UN for statehood, and now combining with Hamas.

If you want to understand the depth of hypocrisy of the US and EU, consider that Hamas and Fatah have agreed that Hamas will keep its army and its missile forces even as it becomes a part of the PA, which is forbidden by Oslo to have such forces. Hamas still refuses to accept the conditions of recognizing Israel, renouncing violence and accepting the PA’s agreements. Although the PA was created by Oslo, Hamas can join without accepting it!

Now we are at another critical juncture. Israel can and should take the position that the PA has abrogated Oslo by its actions. Oslo and the PA itself are null and void. The legal status of the territories reverts to what it was before Oslo, which is that the entire area of Mandatory Palestine belongs to Israel. Indeed, the ‘occupier’ is the PLO.

Does this have consequences? You bet it does. But the continued maintenance of a fictitious process with a hostile ‘partner’ has consequences too — for example it has already initiated a bloodless takeover of much of the territories by Hamas. This will shortly become a concrete problem for the IDF.

Any negotiations with any parties about the status of any part of the territories should be undertaken from the starting point of the legitimate rights of Israel under international law, and not from the artificial Green Line or from ‘rights’ claimed under the false historical narrative of the artificial ‘Palestinian people’. By agreeing to these frameworks, Israel gives away its rights before it begins to negotiate.

There is no PA (and there is even less a ‘State of Palestine’). There are only terrorist organizations: Hamas and the various PLO factions. Perhaps Israel can talk to them or perhaps not, but whatever is done should be done honestly.

This entry was posted in 'Peace' Process, Israel and Palestinian Arabs, Terrorism. Bookmark the permalink.

1 Response to Game over