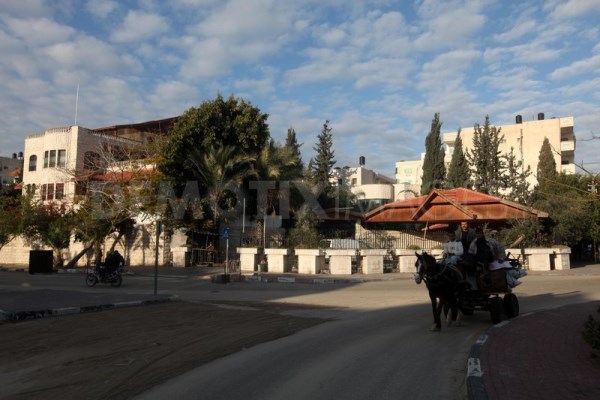 The Gaza villa belonging to Mahmoud Abbas. Occupied by Hamas since 2007, it has recently been vacated in preparation for Hamas/Fatah unity.

Hamas — The Palestinian Muslim Brotherhood; Sunni Islamists committed to the destruction of Israel; believe that killing Jews is a religious mitzvah.

The PLO — An umbrella group of about 10 secular, variously leftist groups committed to the destruction of Israel. It was founded in 1964 as an Egyptian front, taken over by Yasser Arafat in 1969, and today is run by Mahmoud Abbas. Hamas is not a member of the PLO.

In one of the worst decisions in its history, Israel agreed to accept the PLO as the “legitimate representative of the Palestinian people” in the discussions leading up to the Oslo agreement in 1993.

The Palestinian National Authority (PA) — the PA was established in 1993 by the Oslo agreement. During the period following Oslo, Israel transferred control of the areas of Judea and Samaria containing from 95-98% of their Arab residents to the PA. The PA is funded by the US and the EU, and would probably be overthrown by Hamas if not for the presence of the IDF. The ‘President’ of the PA (although Oslo specifies that the chief executive will not be called a ‘president’) is Mahmoud Abbas, elected in 2005 for a 4-year term. Presidential elections have not been held since. Currently the PLO and the PA are effectively the same.

In 2006, Hamas won a majority in elections to the Palestinian Legislative Council, the PA’s parliament, and Hamas’ Ismail Haniyeh was appointed Prime Minister. In 2007, Hamas violently took full control of the Gaza strip, and Abbas dismissed the Hamas government.

Now Hamas and Fatah have agreed in principle to ‘reconcile’ and are negotiating the details. These will include Hamas (and Islamic Jihad, an Iranian-supported faction in Gaza) joining the PLO and their candidates standing for election in the PA legislature.

Abbas wants the deal because it is important for the PA to present itself as the ruler of Gaza to the UN in its bid for statehood without concessions to Israel.

Hamas wants the deal because the Sisi regime has wrecked the tunnels under the Egyptian border which are its main source of funding, because it wants international recognition, and because it wants to seize total control of the PA.

Abbas’ actions represent the latest move in his progression away from the pretense of wanting to end the conflict and toward unilaterally establishing a state that will continue it diplomatically and militarily. The West (the US and EU) has been remarkably slow to grasp this.

Analysis shows that the PLO leadership in any case could not accept an end of the conflict as long as there was a Jewish sovereign state of any size anywhere in the region. But the pretense of substantive negotiations with Israel was maintained in order to keep the money and military assistance flowing.

So far the West has funded the PA as an alternative to Hamas and has insisted that Hamas renounce violence, recognize Israel and accept prior agreements between Israel and the PA in order to become part of the PA. Hamas has maintained its refusal to accept these conditions, and Abbas has made it clear that he thinks they don’t have to.

The US Congress has threatened to cut off funds to the PA if an unrepentant Hamas is allowed to join the PA. But I don’t trust the Obama Administration to not find a way around it if push comes to shove.

The paradox is that Hamas, weakened by the loss of its Muslim Brotherhood patron, may now become stronger than ever. It is quite capable of winning elections, so it might not even need to use force to get control of the PA and its American trained and armed ‘security’ forces — which were supposed to be used to ‘fight terrorism’!