Barack Obama: the worst man for the job 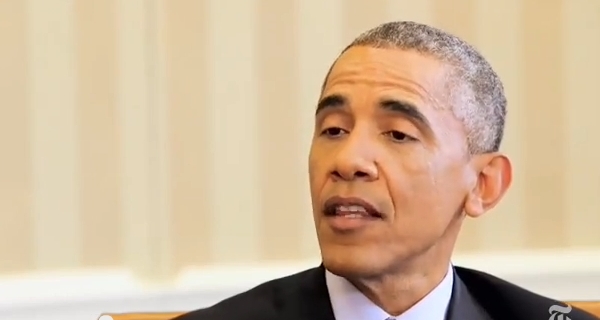 Barack Obama explains to Thomas L. Friedman how “personally difficult” it is for him that supporters of Israel don’t trust him.

This is the same guy that cut off our military supplies during last Gaza war, shut down our international aviation for a day, is trying to force us to go back to indefensible borders, that interfered in our elections, that put the Muslim Brotherhood in power in Egypt, that is backing away from most international commitments for the safety of allies, that pulled US troops out of Iraq, that abandoned Yemen, that partners with Qatar, Turkey and Iran, all enemies of Israel, that didn’t insist on Iran changing or stop threatening or promising to destroy Israel, and on and on and we’re supposed to believe him. Like Golda Meir said to the then President, “by the time you honour your commitment, we’ll be dead”. — Ted Belman

Michael Ledeen and Bret Stephens [$] explain that we can ignore the details of the developing Iranian nuclear deal. They note that there is no ‘agreement’ that the two sides agree on — especially in the area of verification — and Iran has always cheated and will continue to cheat. They will get a weapon. The only question is when.

Does the Obama Administration realize this? I’m sure it does. This deal is not about keeping Iran from getting nuclear weapons. It is about Obama wanting to replace American responsibility for the Middle East with a ‘friendly’ Iranian empire.

Despite the fashionable view that US control of the region is colonialism or imperialism, it is obvious from the behavior of the natives that they are a bunch of bloody barbarians who like to slaughter anyone who doesn’t share their particular religious persuasion. Their own local cultures aren’t anything to write home about either, especially if one is female or gay, a minor criminal, or numerous other things.

There, I said it. I endorse the philosophy of The White Man’s Burden, or more correctly the Western, enlightened Judeo-Christian burden. Yes, I believe that we are (or can be) better than they are, and if we want a peaceful world we need to teach them some decent values — and in the meantime keep a lid on their destructive impulses.

I know, as Barack Obama is fond of pointing out, that the West has been guilty of all kinds of violence and exploitation in the past, as well as sheer stupidity and ignorance in its dealings with the Mideast. But I am convinced that we are able to learn from this; and anyway, if we can’t, civilization is doomed.

Our responsibility has to start with keeping nuclear weapons out of the hands of the Iranians. One reason — here I’m being selfish — is that they want to perpetrate another Holocaust against the Jewish people in Israel. But the murderous behavior of the Shiite militias in Iraq shows that an Iranian empire wouldn’t be a picnic for Sunni Arabs or Christians either.

There’s only one way to do this, and that’s by a credible threat of force. Thanks to the Obama Administration’s continuing demonstration of Western pusillanimity, this probably means that actual military action couldn’t be avoided. Would you believe Obama’s threats?

This is why Barack Obama is absolutely the worst man for the job he is in. His multiculturalist philosophy, his reverence for the inherently violent and expansionist religion of Islam (Ayaan Hirsi Ali explains that here), his apparently sincere belief that the United States and the West have been the main instigators of conflict in the world in recent years, his isolationism and his dislike for the military make him so.

Obama does not want to exert American power beyond US borders (except, it seems, to create a Palestinian state) and is willing to accept an Iranian-dominated Mideast. Unfortunately for Israel, that would be a Mideast without a Jewish state in it.

The Iranian strategy is to use its proxies in Lebanon and Gaza — and it would like to arm the Arabs in Judea and Samaria as well — to fight Israel under its nuclear umbrella. Right now, Iran is assisting Hamas to rebuild its attack tunnels into Israel and its missile forces, as well as continuing to try to smuggle advanced weapons to Hizballah in Lebanon.

Israel’s response has to be directed at these proxies in order to protect its citizens against their rocket barrages and likely incursions. But unless someone “cuts the head off the snake,” as the previous Saudi king suggested, the proxies will be able to keep trying. And it doesn’t help that Obama will inevitably step in to any conflict and try to restrain Israel, as he did in the last Gaza operation.

Obama will not deal with Iran and despite his promises will not protect Israel from the consequences. He’s said that the US is “powerful enough to be able to test these propositions without putting ourselves at risk.” If they are false, then the region goes up in smoke, but that’s apparently not his problem. As always, it is entirely up to Israel to defend herself.

What should Israel do? A start would be to put Iran on notice that it will be held responsible for the actions of its proxies. And if that means that Israel needs to flex its own nuclear muscles, then so be it.

1 Response to Barack Obama: the worst man for the job