How not to treat an ally

Posted on October 2, 2014 by Victor Rosenthal 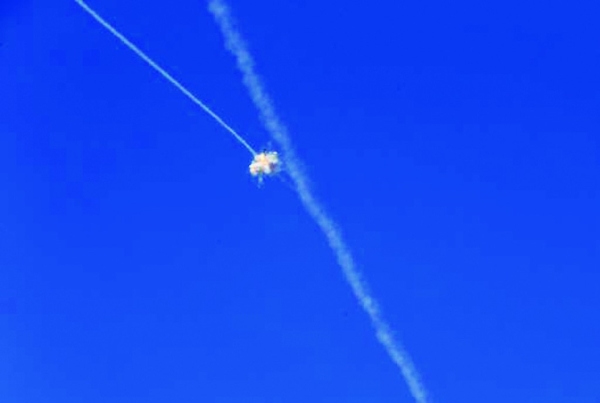 From President Obama’s remarks before meeting with PM Netanyahu:

I think we also recognize that we have to find ways to change the status quo so that both Israeli citizens are safe in their own homes and schoolchildren in their schools from the possibility of rocket fire, but also that we don’t have the tragedy of Palestinian children being killed as well.

It’s not exactly his words that I find objectionable. Only a monster could think that it isn’t tragic when children are killed. It is what the statement suggests.

It is as if Obama is holding out his two hands: on one sit endangered Israelis and on the other dead Palestinian children. The suggestion is that the two things are equivalent. But in reality, they are like night and day. Hamas is doing its best to kill Israelis. Israel is trying to defend itself while hurting Gaza residents as little as possible, consistent with fighting a war.

That’s obvious. But there is more. The emphasis on “Palestinian children” serves to recall the ugly meme — a blood libel, really — that is popular in anti-Israel circles, that the IDF deliberately targets children. This is not only entirely false but an inversion of reality — it is Palestinian terrorists who have gone after Jewish children in numerous attacks.

Of course Obama would never say that, and probably deny it if asked. But his carefully-worded statement brings it to mind.

It is also notable that the President doesn’t use the word ‘Hamas’. Neither did any of the anti-Israel demonstrators during the war. The suggestion is that Israel attacked ‘Gaza’, not Hamas, even though Israel’s air and ground operations specifically targeted Hamas assets and sources of rocket fire.

Yes, this is subtle. But I don’t doubt that it is deliberate. If you didn’t know better, you might not realize that rather than a story about suffering Gaza residents, this is actually the saga of a continuous effort by terrorists to kill Israelis, broken up by Israel’s attempts at deterrence.

2005: Israel gave the Palestinians what they said they wanted and stopped occupying Gaza. Every soldier and civilian left. Palestinians, who had been shooting rockets from Gaza since 2001, launched even more rockets.

2007: Hamas overthrew the PA and took complete control of the Gaza strip. Rocket attacks increased, and longer-range rockets were introduced. Israel blockaded Gaza to prevent the entry of weapons, but continued to allow food and humanitarian goods to enter. Israel continued to provide water and electricity to Gaza (and continues to do so today).

2008: Almost 3000 rockets were fired from Gaza at Israel from January until a cease-fire went into effect in June. But in November Hamas broke the ceasefire, and Israel responded with Operation Cast Lead. Air attacks and ground fighting continued until January 2009. Israel did not carry out the third phase of the operation, which would have included entry into Gaza city and the overthrow of Hamas, for various reasons — including the wishes of the incoming Obama Administration.

2012: Rocket attacks had resumed almost immediately after Cast Lead, and in November 2012, in response to a barrage of over 100 rockets in 24 hours, Israel launched Operation Pillar of Defense — 8 days of air attacks against Hamas and Islamic Jihad targets. For the first time, Palestinians fired rockets as far as Tel Aviv and Jerusalem. Although Israel called up 60,000 reserve soldiers for several days at a cost of millions of dollars, there was no ground incursion. A ceasefire was mediated by Egypt and the US which was simply an agreement of “quiet for quiet.”

2013: Rocket attacks began again, including during President Obama’s official visit. In March, the Israeli Navy intercepted a ship carrying numerous long-range rockets and other weapons to Gaza from Iran.

2014: After Hamas operatives kidnapped and murdered three Israeli teenagers in June, Israel arrested numerous Hamas members in Judea and Samaria. Hamas responded with a rocket barrage from Gaza, and Israel initiated Operation Protective Edge, which developed into a 50-day war. Hamas fired some 4500 rockets into Israel during this period, and Israel attacked more than 5000 targets in Gaza. Although Hamas lost or used up about 2/3 of its estimated 10,000 rockets, it remains in power.

Palestinians in Gaza (mostly Hamas, but also other factions) have been trying to kill Israeli civilians for the past 13 years, and have provoked three wars, none of them conclusive — in part because of heavy US pressure on Israel to stop fighting. Palestinian tactics include firing rockets from heavily populated areas, schools, mosques, etc., and the use of civilians as human shields.

Obama Administration officials have suggested that Israel was not doing enough to reduce civilian casualties during its operations, despite the fact that the ratio of civilians to combatants killed has been considerably lower than that in US or NATO operations — indeed, the administration has been embarrassed by evidence of a double standard in connection with its operations against ISIS.

This entry was posted in Terrorism, US-Israel Relations, War. Bookmark the permalink.

3 Responses to How not to treat an ally