We have a normal state, not a perfect one 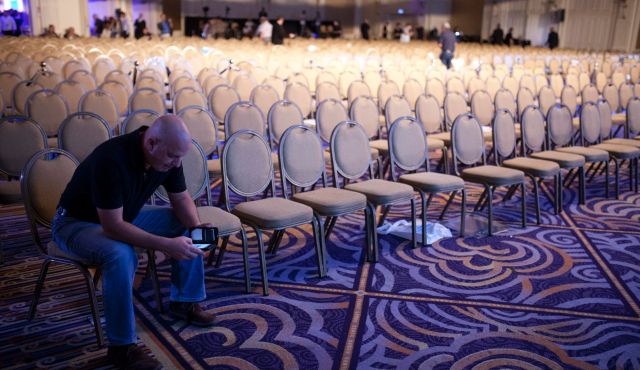 The Oslo Syndrome — in part, the belief that it’s possible to overcome genocidal Jew-hatred by improving our own behavior — is insidious. It’s easy to fall into the trap, which in essence means internalizing the Jew-hater’s conception that it’s all our fault. How many times do you hear someone saying that the reason there’s no peace agreement with the PLO is that we are just not trying hard enough? That’s the Oslo syndrome.

Sometimes the syndrome is terminal. Ha’aretz writers Gideon Levy and Amira Hass compete to see who can demonize Israel more painfully. The Israeli Left wallows in feelings of guilt, even while the Palestinians try to murder them with rocket fire (see photo) along with other Israeli Jews.

But sometimes a usually reasonable person suffers a mild touch of the syndrome. While there’s no help for such as Levy or Hass, a dose of logic may cure someone who is not so far gone.

So, let’s provide one for Rabbi Daniel Gordis, a good Zionist who slipped this week when he wrote this:

We watched as they burned mosques, but never admitted that those who start by burning mosques will one day burn a child. A year ago, Vice Premier Moshe Ya’alon spoke out against Jewish terror, but we ignored him, or protested his “misguided” use of the word “terror.”

And then we burned a child. Yes, we.

Being better than them is not good enough. “Not being revolting” is not a standard that will get our children to believe in this place. Either we build something that reflects the very best of what our tradition has stood for since those first walls were breached long ago, or we will exile ourselves – not because the walls were penetrated, but because the shame was simply too great to bear.

No, Rabbi Gordis, not “we.” What impossible standard are you trying to set for the state of Israel? A state with 7 million Jewish residents, and not one of them a murderer? This crime was not committed by anyone but the perpetrators, who are hooligans, the dregs of society — any society.

This wasn’t a ‘nationalistic’ crime. The murderers simply went out to kill an Arab, because they are the type of creature that likes to inflict pain on others, and their rage gave them a target for their evil natures. If the three Jewish boys hadn’t been murdered, perhaps they would have picked a fan of a rival football club. As I wrote before, the 99.999 percent of Jewish society who are not vicious hooligans spits them out. And they will certainly suffer the full force of the law.

There isn’t a single continuum that starts at “price-tag” graffiti and ends with murder. These are unrelated phenomena, done by different types of people for different motives. Both are morally wrong and practically stupid, and neither represents the spirit of the Jewish people or the will of the overwhelming majority of Israeli Jews. But they are not different expressions of the same thing.

In fact, the false idea that there is such a continuum, which begins with right-wing politicians like Naftali Bennett, passes through graffiti and ends in murder is a standard theme used by anti-Israel propagandists to demonize Israel and attack those like Bennett, who oppose concessions to the Arabs. Someone like Gordis should know better than to contribute to it.

I know there are ugly expressions from Israelis in social media. This is more about social media than Israel. Those of us who didn’t grow up with it are sometimes shocked, but there it is.

Herzl wanted a ‘normal’ Jewish state, with Jewish policemen and Jewish prostitutes. That’s what we got, and it includes stupid vandals and vicious murderers too. It is a real state, a practical state, not a perfect state. Our responsibility is to do our best to approach perfection, not to be perfect.

Gordis’ suggestion that “we will exile ourselves” from shame is excessive. What we will do is try to teach the basic principles of Jewish morality, including the idea that revenge against innocent representatives of an opposing group is wrong. And we will do our best to create the most moral state possible.

3 Responses to We have a normal state, not a perfect one