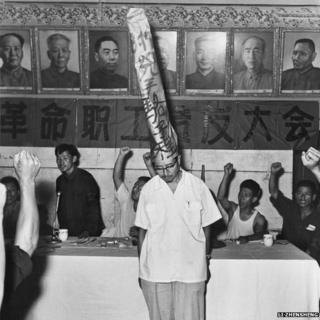 If you are not completely horrified, read it again.

Benjamin Gerstein is the president of the student body at the University of Michigan.

He wasn’t beaten with sticks or carried through the streets with a dunce cap on his head. He didn’t see his parents murdered or sent to concentration camps. He wasn’t starved or threatened with execution or imprisonment.

His crime was to suggest a few years ago, that the “Palestinian people” did not deserve a state. It was really a relatively mild statement, certainly less severe than anything I would write. When someone noticed, he was forced to recant.  And here is part of what he wrote on Facebook in his “defense:”

I made statements that erase the history of the Palestinian people. I made racist statements, including the denial of the right to self-determination, that were ignorant of Palestinians’ struggle under occupation. I am sorry beyond words … I accept total and complete responsibility for the harmfulness of my language, the offensiveness of my words, and the active role I played in the silencing of Palestinian voices.

I have grown considerably since I made those statements, and the repulsive views I expressed in the video no longer reflect my current understanding. I am devastated to see them reappear and be defended today. I know an apology is never enough and I am complicit in the oppression of Palestinians through my past actions.

I am asking myself if this could have happened when I was a student in America, in the early 1960s before the murders of JFK, MLK, and RFK, when LSD was still mostly in the lab, and Max Yasgur was just a farmer.

I don’t know whether to be ashamed for him, to call him an idiot, or to feel sorry for him because I can only guess what may have been done to him to get him to crawl on all fours and lick the shoes of his enemies. Or maybe that’s what some American Jewish kids are like today. I don’t know. Maybe, like Jeremiah Denton, he blinked out “T.O.R.T.U.R.E” in Morse code when he posted that, but probably not.

American Jews: don’t send your kids to the University of Michigan or similar places. Let them join the military, enter apprenticeship programs to learn a trade, or make aliyah and serve in the IDF. Teach them about Mao’s cultural revolution, Pol Pot and the Khmer Rouge, and the treatment of POWs in Korea and Vietnam, so they will recognize brainwashing.

Don’t let this happen to them.

This entry was posted in Academia, American Jews, American society. Bookmark the permalink.

2 Responses to Mao comes to Michigan