Who is guilty of stupidity?

Posted on February 7, 2016 by Victor Rosenthal 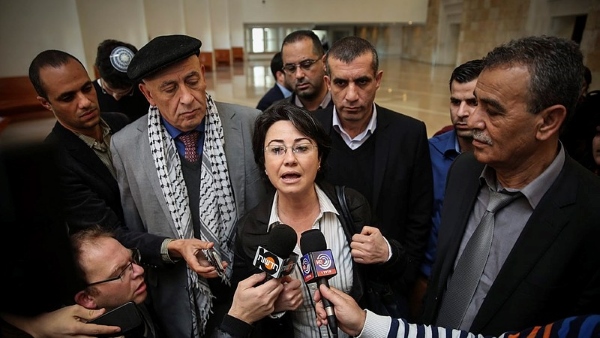 The three members of Israel’s Knesset – Jamal Zahalka, Haneen Zoabi and Basel Ghattas – who met recently with the families of three terrorist murderers, were condemned from all sides of Israel’s political spectrum. In addition to harsh criticism from PM Netanyahu, members of the Likud and of the opposition, even a member of the left-wing Meretz party said that their action was “provocation, malice [רשעות] and stupidity.”

The act of the three, members of the Balad party, the most extreme of the Arab parties making up the Joint List, was far worse than that description. By calling the terrorists ‘martyrs’ and standing for a moment of silence in their honor, they encouraged Palestinian Arabs to continue their vicious campaign of almost-daily murders of civilians, police officers and soldiers on the streets of Israel and even in our homes. As the representatives of Arab citizens, they in effect called upon them to take a more active part in the murder campaign (so far, most of the terrorists have come from eastern Jerusalem or the territories).

The Knesset’s ethics committee will undoubtedly sanction them. They can be suspended for six months or made to pay fines of 20,000 shekels (about $5000). This is laughable.

What they have done is incitement to murder. In addition, the 31 people murdered and 304 injured in the 119 stabbings, 41 shootings and 23 vehicular attacks since September 13 are casualties in a war being waged against the state and its people by the combined forces of the PLO, Hamas and other terrorist groups. Therefore it is not unreasonable to charge them with aiding the enemy in time of war – treason.

The three should be arrested, tried and sent to prison. When they finish their sentences, they should be stripped of their citizenship and expelled from the country.

The Basic Law regarding the Knesset (basic laws are Israel’s equivalent to a constitution) states (sec. 7a) that

Meir Kahane and his Kach party were disqualified from running for the Knesset in 1988 under this law. Haneen Zoabi was also disqualified by a full vote of the Knesset prior to this election, on the grounds that statements she made incited violence – but Israel’s Supreme Court overturned the result and allowed her to be seated. Zoabi, among her other actions, sailed on the Turkish ship Mavi Marmara in 2010, when Israeli sailors were attacked with iron bars and knives after they boarded the vessel to stop it from breaking the legal blockade of Gaza. She also once said that kidnapping wasn’t terrorism.

The three traitors are not guilty of stupidity. We are the stupid ones. How much humiliation do we need to accept? Our citizens are being cut to pieces on our streets, shot to death and run over, and we allow those who advocate this viciousness to sit in our parliament and spew their hate?

Arrest them, jail them, and kick them out!

2 Responses to Who is guilty of stupidity?