Israel hits back in infowar 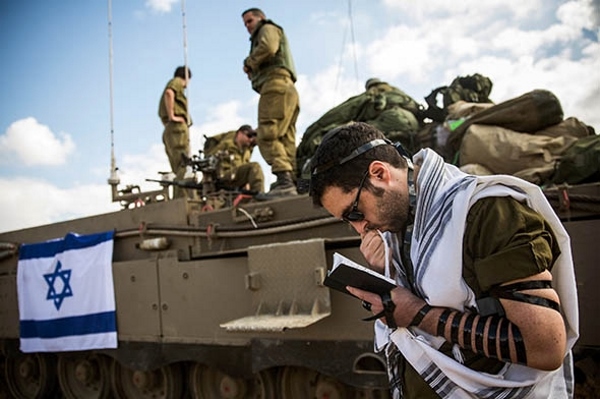 Israel’s government seems to finally be waking up to the fact that it can’t allow our name to be blackened without challenge. In response to the anticipated release of the latest collection of blood libels from the UN ‘Human Rights’ Commission, the so-called Schabas report on the recent war in Gaza, the government has released a preemptive rebuttal, detailing the war crimes committed by Hamas and Israel’s response, including the remarkable effort exerted to reduce civilian casualties in urban warfare.

It is a detailed, 277-page legal brief which very few people will read. But the facts it contains directly refute accusations made by the practitioners of the big lie technique, the Hamas-NGO-UN-media axis. For example,

In other words, the 36% civilian casualties is probably an upper limit on the true percentage, since a large number of the unclassified males were probably also Hamas fighters.

Considering that a) the war was fought in densely populated areas, b) Hamas deliberately launched many of their 4,500 rockets from schools, mosques and residential neighborhoods, and c) Hamas deliberately limited civilian attempts to leave areas that the IDF had warned were going to be attacked, a 0.8:1 ratio of civilian to military casualties is unprecedented in modern warfare. Here are some ratios from other conflicts:

But you don’t have to take Israel’s word for it. An international team of military experts from Australia, Britain, Colombia, Germany, Italy, Spain, and the US investigated the war and agreed:

We examined the circumstances that led to the tragic conflict last summer and are in no doubt that this was not a war that Israel wanted. In reality Israel sought to avoid the conflict and exercised great restraint over a period of months before the war when its citizens were targeted by sporadic rocket attacks from Gaza. Once the war had begun, Israel made repeated efforts to terminate the fighting. The war that Israel was eventually compelled to fight against Hamas and other Gaza extremists was a legitimate war, necessary to defend its citizens and its territory against sustained attack from beyond its borders. …

The Israel Defence Force employed a series of precautionary measures to reduce civilian casualties. Each of our own armies is of course committed to protecting civilian life during combat. But none of us is aware of any army that takes such extensive measures as did the IDF last summer to protect the lives of the civilian population in such circumstances.

The credentials of the team are impressive, and their conclusions unequivocal: Israel was viciously attacked by an enemy that violated international law as a matter of course, and defended itself while taking extraordinary measures to protect civilians.

None of this will deter the UN, which at some point in its history since 1945 became a single-purpose machine to attack the Jewish state. But at least our government has finally dropped the idea that the truth will be victorious by itself without any help.

It’s good that the government cares about the portrayal of our recent actions. But what about our history and the foundations of our legitimacy? As long as we don’t directly challenge the Palestinian narrative that we are interlopers who displaced them from the land they had lived on for generations, outsiders can be excused for asking why we don’t compromise and give them, if not all of our country, at least half of it.

In addition to aggressively promulgating the truth about the IDF’s behavior in the Gaza war, we — our government — should be asserting forcefully that we are the indigenous people of this land, and the ‘Palestinians’, who are mostly descended from recent migrants from Syria and Egypt, have sold the phony story of their peoplehood as part of their plan to dispossess us.

And along with our moral rights, we should defend our legal right to the land, the right that was asserted by the international community (before it became corrupted by petrodollars and fear of terrorism) in the Mandate for Palestine. We should remind Obama of this when he insists that we should cede that part of our land east of the Green Line, because the Palestinians ‘deserve’ a state. If they are so deserving, they are as much deserving of Maryland as they are of the historic homeland of the Jewish people.

The government has also said that it is going to fight back against BDS. Let’s do it, and while we’re at it, let’s shut off the foreign funding from the EU, European governments and church groups, and the American New Israel Fund that support the Israeli NGOs that are promoting it. Lord knows there are enough good causes in Europe and America that they could support.

And then there is the somewhat touchy subject that has recently come up in which Israeli artists receive public grants for subversive ‘art’, like movies that present the point of view of an Arab terrorist that murdered a soldier. No need to limit speech, but we shouldn’t have to pay for anti-state propaganda.

It’s a good start that the government isn’t going to sit back and let our army be defamed. Now let’s fight the rest of the battles of the never-ending information war.

This entry was posted in Information war, The UN, War. Bookmark the permalink.

2 Responses to Israel hits back in infowar