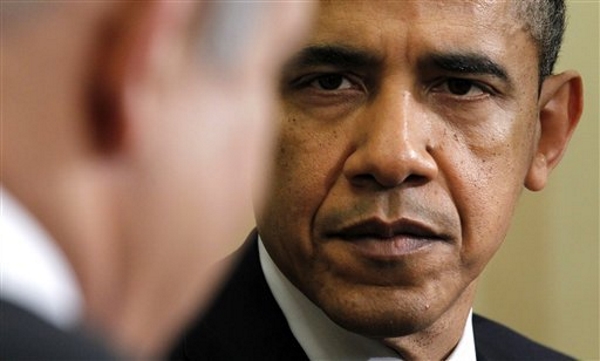 As you probably know, PM Netanyahu has been invited by the Republican Speaker of the House to speak before both houses of the US Congress on March 3. It is assumed that he is going to talk on the subject of Iran, in particular, the need for real sanctions or the threat thereof, in order to keep the regime from going nuclear.

He is expected to say, among other things, that nuclear weapons in the hands of the greatest supporter of Islamic terrorism in the world, whose tentacles stretch throughout the Middle East and Europe, reach South America, Mexico and probably even into the US, would be a disaster for the West. He will certainly say that this is not only an Israeli problem, although the danger for Israel is more imminent.

He might imply that if the West doesn’t prevent this by diplomatic/economic pressure, then Israel will have no choice but to do so by military means, which would almost certainly result in a war with Iran and its proxies in which Israelis, Iranians,  Lebanese and others would die.

Personally, I doubt that Iran can be deterred by sanctions of any kind, and think that only a credible military threat can stop the regime. But Obama’s present policy, which is wholly lacking in teeth, actually aids Iran in its nuclear program by freeing it to pursue development despite claims that the program has been ‘frozen’.

The Obama Administration opposes any involvement of Congress in its negotiations with Iran, even the Kirk-Menendez bill which would call for sanctions only if Iran failed to live up to its agreement, or the Corker bill which calls for congressional review of any such agreement.

The Administration is (as usual) furious with Netanyahu for ‘interfering’ in US affairs, and the feral pack of “unnamed officials” that scuttle about the White House has  let us know it yet again:

“We thought we’ve seen everything,” [Ha’aretz] quoted an unnamed senior US official as saying. “But Bibi managed to surprise even us.

“There are things you simply don’t do. He spat in our face publicly and that’s no way to behave. Netanyahu ought to remember that President Obama has a year and a half left to his presidency, and that there will be a price,” he said.

Officials in Washington said that the “chickenshit” epithet — with which an anonymous administration official branded Netanyahu several months ago — was mild compared to the language used in the White House when news of Netanyahu’s planned speech came in.

Neither Obama nor Kerry will meet with Netanyahu when he is in the US, and have threatened to withdraw diplomatic support for Israel at the UN if he won’t stop telling members of Congress to vote for additional sanctions on Iran.

The Israeli Left, in its myopically egocentric belief that everything is is about them, is claiming that Netanyahu has accepted the invitation in order to boost his popularity immediately before the Israeli election, and have even petitioned the judge that oversees the election to forbid the broadcast of his speech in Israel. They are accusing Netanyahu of damaging the the relationship with the US for domestic political reasons.

It should be noted that recent polls show that although the Likud and Labor are running neck-and-neck, the total number of mandates predicted for right-wing parties far exceeds those for any possible left-wing coalition. All Netanyahu needs to do to continue as Prime Minister is to do nothing.

It’s not as if he doesn’t understand US politics, either. By accepting a Republican invitation against the wishes of the administration, he is placing himself in a difficult position, leaving himself open to the charge that he is making support for Israel a partisan issue in the US.

I believe that Bibi thinks that he has no choice. Either sanctions can be made to work, or he will have to order an attack on Iran, something he quite sensibly wishes to avoid. He realizes that administration threats are empty. The US will act at the UN according to its perceived interests, and believes that it has a better chance of getting Israel out of the territories by forcing bilateral negotiations on the parties — especially if it can help a left-wing government take over in Israel — than by supporting the PLO’s unilateral efforts.

The Obama Administration is hostile to Netanyahu both because of Iran — he is making it difficult for it to hide the fact that its policy is to simply push off Iran’s nuclearization until after 2016 — and because of his resistance to the creation of a Palestinian state. It will do everything it can to replace him with what it hopes will be a more compliant Israeli government.

The contrast between the historically conscious and responsible leader of the tiny Jewish state and the ignorant, petulant and destructive “leader of the free world” is striking.