Yes, we need a Basic Law: the Jewish State

Posted on December 1, 2014 by Victor Rosenthal 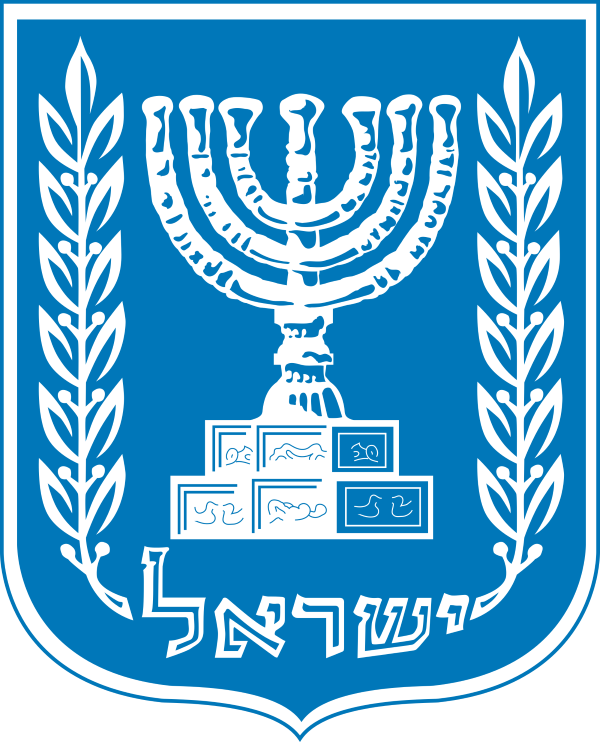 The symbol of the State of Israel, as defined in the proposed Jewish State law

One of the reasons I haven’t written anything for a week is that I’ve been thinking about the “Jewish State Law.” I wrote about it here, but since then there has been vicious criticism of the idea from the Left, which is calling its proponents anti-democracy, fascists, racists, destroyers of Zionism, and more. There have also been practical objections from the Right, which argues that the proposed law won’t solve the real problem, which is the growing imbalance between the unaccountable Israeli Supreme Court and the elected Knesset. The fight seems to be developing into a full-blown coalition crisis, which might lead to the dissolution of the Knesset and early elections.

The argument is over whether a law that declares that “The right to realize national self-determination in the State of Israel is unique to the Jewish People” is a good idea. You can (and should) read the full text of PM Netanyahu’s version of the law at this link.

Israel’s Declaration of Independence, its existing Basic Laws and the proposed law all describe Israel as both Jewish and democratic. In the broadest sense, democracy means that the actions of a government are an expression of the collective will of the majority, usually through elected representatives.

This implies that the government must protect the individual rights of members of the majority and minorities as well, since it would be impossible for the will of the people to be expressed if they were not free to think, speak, associate, etc. as they choose. Freedom, in other words, is essential to democracy. The proposed law states that

The State of Israel is democratic, based on the foundations of freedom, justice and peace in light of the visions of the prophets of Israel, and upholds the individual rights of all its citizens according to law.

It makes a clear distinction between individual rights and the “right to realize national self-determination.” The former apply to all citizens, while the latter is reserved for the Jewish people. There is no doubt in my mind that this agrees with the Zionist ideas expressed by Herzl, Jabotinsky, Ben-Gurion, Begin, Rabin, and others. And I also think the majority of Israel’s population would agree as well (notable exceptions are Palestinian nationalists and Ha’aretz columnists).

The more difficult question is about collective rights of minorities. Palestinian nationalists among Israel’s Arab citizens insist that in addition to individual rights they also have national rights as a group. In the Haifa Declaration of 2007, an influential group of Israeli Arabs (they dislike being called this) demanded that Israel accept full responsibility for the conflict, eliminate all Jewish symbolism (flag, national anthem, etc.), replace the Law of Return for Jews with one for “Palestinians,” establish a Palestinian state in the territories, and give the Arab sector a veto over all decisions of the government.

Partly in response to these demands, the proposed law specifies the kind of collective rights for minorities that the state must preserve:

The State will act to enable all residents of Israel, regardless of religion, race or nationality, to preserve their culture, heritage, language and identity.

At the same time, it explicitly defines the national anthem, the flag and national holidays as those of the Jewish people. It also enshrines the Law of Return in a Basic Law. It does not envision granting national rights to minority groups, or, in other words, creating a multinational state.

With apologies to The Rolling Stones, Democracy means that you can’t always get what you want (your own country) — but you can get what you need (your civil rights).

The Haifa Declaration seems extreme. But Israel does not have a constitution, there is nothing in the existing Basic Laws which contradicts any of the Haifa declaration’s demands, and the Basic Law: Human Dignity and Liberty states that “All persons are entitled to protection of their life, body and dignity [כבוד האדם].” It’s easy to imagine an activist Supreme Court deciding that the Jewish symbolism of the state violates the ‘dignity’ of Arab residents.

And Israel has such an activist court. In the 1990’s the former President of the court, Aharon Barak, decreed that the court would have the right of judicial review of laws passed by the Knesset. He did this on the basis of a tenuous theory that nothing is beyond the scope of legal control:

In my eyes, the world is filled with law. Every human behavior is subject to a legal norm. Even when a certain type of activity-such as friendship or subjective thoughts-is ruled by the autonomy of the individual will, this autonomy exists, because it is recognized by the law…. Wherever there are living human beings, law is there. There are no areas in life which are outside of law. [Aharon Barak, 1992, quoted by Neuer (linked above)].

Recently, the Court voided two versions of a law that allows Israel to detain illegal immigrants. Supporters of the law see uncontrolled illegal immigration imperiling the Jewish character of the state and are unhappy that this is subordinated to the ‘rights’ of the migrants.

The aforementioned Basic Laws are far short of a constitution. For example, there is no mention of freedom of the press, and the same people who are fulminating against the Jewish State law are trying to pass one to put a particular newspaper out of business because of its political point of view. And the power grab by Justice Barak was enabled by the lack of any explication in the Basic Laws of the relationship of the Court to the Knesset.

The 9 member selection committee for the Court includes three justices of the existing court, the Minister of Justice and two representatives of the Bar Association, along with another minister and two members of the Knesset. This almost guarantees a majority to perpetuate the left-leaning ideological direction of the Court.

Caroline Glick believes that rather than passing a Jewish State law, it’s more important to rein in the High Court:

The unavoidable fact is that the only way to curb the power of the court is to take direct action against the sources of its arrogated powers. The Knesset must amend Basic Law: Human Dignity and Liberty, the basis for the Supreme Court’s post-Zionist actions.

It must change the selection process for justices.

It must end the anomalous and anti-democratic situation in which the state prosecutors and attorney- general are above elected leaders.

It must end the devastating trend in which every senior government appointment, and many Knesset decisions, must receive prior approval from a judge or from a committee led by judges.

I think she’s right about this, but I also think the new Basic Law should be passed. Most of the objections boil down to the observation that it will annoy (or infuriate) minorities, the EU, the UN, the Obama Administration, etc. But surely any loyal-to-the-state member of a minority group who actually reads it will not find it objectionable, since it does no more than make explicit the nature of the state as it is; and those who want to de-Zionize the state are already permanently furious.

If the Basic Laws must serve as a surrogate constitution — and I think they must, because I can’t imagine the disparate elements in Israeli society agreeing on the terms of a constitution — then a Jewish state law is both necessary and appropriate.

1 Response to Yes, we need a Basic Law: the Jewish State