To whom it may concern

Posted on December 11, 2014 by Victor Rosenthal 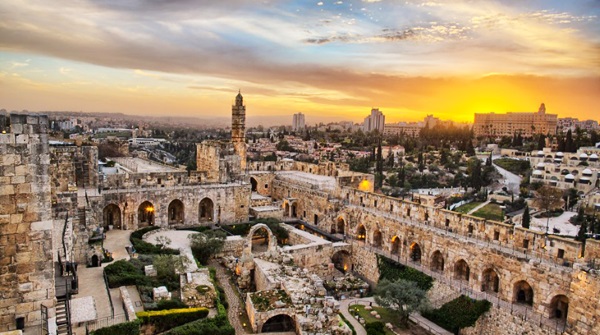 To whom it may concern in Europe and the US:

We are tired of hearing that withdrawal from Judea and Samaria will bring peace. We know and you know that it would bring another Gaza. So stop saying it.

We are tired of hearing that land beyond the Green Line is ‘Palestinian land’. The Green Line is simply an armistice line that has no political significance. You know this too.

We are tired of hearing about the “Palestinian people.” They are no different from the Arabs of Syria or Egypt, from which most of their ancestors migrated in the last 150 years or so. There is no Palestinian language or religion, and until very recently they considered themselves simply ‘Arabs’. Their culture is almost entirely defined by their opposition to the Jewish state.

We are tired of hearing that “the Palestinians deserve a state.” We are indigenous here, not they, and their behavior entitles them more to a trial at The Hague than to a state. And they certainly don’t deserve our state, which is the only state they want.

We are tired of hearing about ‘The Occupation’. As Naftali Bennett said the other day, you can’t be an occupier in your own land.

We are tired of hearing that “settlements are illegal under international law.” They aren’t.

We are tired of hearing that “settlement construction is an obstacle to peace.” Arab rejectionism and terrorism is the reason there isn’t peace. By the way, we are pro-peace. We are just not pro-suicide.

We are tired of hearing about the 5 million (or whatever ridiculous number there are alleged to be) ‘Palestinian refugees’ or the ‘Palestinian diaspora’. There were about 700,000 Arabs that left their homes in 1948, mostly of their own volition, more or less at the same time as the 800,000 Jewish refugees from Arab countries. We resettled ours — resettle yours.

We are tired of hearing anything from anyone associated with the UN. The UN is a parasitic and criminal enterprise dominated by our mortal enemies.

We are tired of stupid post-colonialist rhetoric. We aren’t ‘colonists’ and Arabs don’t have the right to murder us in the name of ‘resistance’. Talking this way reveals you as moral imbeciles.

You can’t recognize a state that has no borders, no single government, and no economy.

We know we can’t depend on any kind of security guarantee from anyone except the IDF. So stop being insulted because we don’t trust you. And don’t ask us to give up any nuclear weapons we might or might not have.

We know that the left-wing parties in Israel are bankrupt of ideas. We aren’t going to vote for them, no matter how much you would like us to. So don’t bother trying to influence our election.

Don’t believe what you read in Ha’aretz.

Jerusalem, undivided, is the capital of the state of Israel. Get used to it, because you can’t change it.

This entry was posted in 'Peace' Process, Europe and Israel, Israel and Palestinian Arabs, The UN, US-Israel Relations. Bookmark the permalink.

4 Responses to To whom it may concern