Posted on September 13, 2014 by Victor Rosenthal 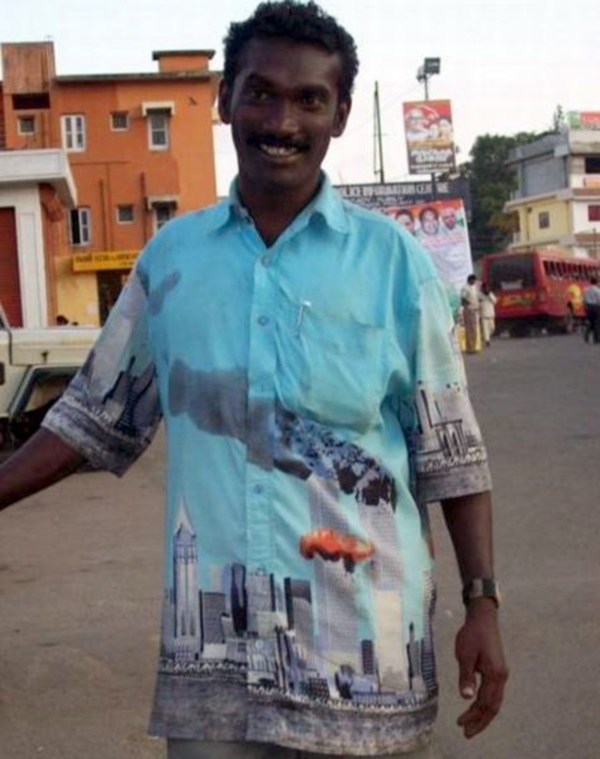 A popular theme in the Muslim world

…when the Lord your God grants you respite from all your enemies around you in the land which the Lord, your God, gives to you as an inheritance to possess, that you shall obliterate the remembrance of Amalek from beneath the heavens. You shall not forget! — Deut. 25:19

On the occasion of the anniversary of 9/11, we were bombarded by social media injunctions to ‘never forget’.

To never forget what, exactly?

There were several lessons the West should have learned from the terrible events of that day. After 13 years, some of our leaders may be learning some of them. But what they haven’t learned is still remarkable.

Lesson 1: Like it or not, we are combatants in a religious war.

The perpetrators of 9/11, Hamas, the barbarian hordes fighting in Syria and Iraq under the banner of Da’ash, Boko Haram, etc. are fighting in the name of Islam and with a particular understanding of Islamic law that is rapidly gaining popularity in the Muslim world. Unlike virtually all of the leaders of the Western World (George W. Bush was an exception), they take their religion seriously. We are engaged in skirmishes of a religious war fought on many fronts by numerous groups with and without coordination.

The Muslim world did not undergo an ‘enlightenment’ which forced religion to take a back seat to reason, nor did it have a Talmud which explained why certain harsh commands in the basic documents of the religion mustn’t be taken literally. It did not have a Vatican II which commanded tolerance from the faithful. Instead of John XXIII, Muslims had Hassan al-Banna and Sayed Qutb who taught that the purest Islam was the 6th century variety. The West doesn’t launch religious wars. Muslims do.

US president Barack Obama said recently (and quite foolishly) that “ISIL [Da’ash] is not ‘Islamic.’ No religion condones the killing of innocents, and the vast majority of ISIL’s victims have been Muslim.” But the forced conversions and executions of those they consider ‘infidels’, taking slaves, etc. are based on Islamic law. And the fact that most of the victims are Muslims is entirely irrelevant. Either he hasn’t learned Lesson 1, or — the man dissembles as naturally as breathing — he pretends that it isn’t true.

Lesson 2: The war is an entirely new kind of asymmetric conflict.

Asymmetric warfare, in which a modern military faces irregular forces that are hard to pin down isn’t new. American colonists utilized it against British forces in the US Revolutionary War. But there are some new aspects of today’s asymmetric warfare that the West hasn’t learned to deal with. One is the use of non-state proxies to neutralize the power of military action against state infrastructure. The US could destroy Iraq’s power grid with relative impunity as part of its campaign against Saddam’s regime, but Israel was severely criticized for hitting Lebanese infrastructure in its 2006 war with Hizballah, a non-state actor which is far more militarily powerful than the government of Lebanon.

Another new feature is the asymmetric application of Western-developed institutions and laws against the West. In an attempt to ‘civilize’ warfare, various rules of war were adopted at several international conventions held in the 19th and 20th centuries. After WWII, the UN came into being as a way to prevent war — its charter outlaws acquisition of territory by force or threat of force. In addition a whole industry of unofficial or quasi-official non-governmental organizations (NGOs) was created. These groups, often funded non-transparently by governments or super-rich individuals, supposedly serve humanity as independent watchdogs for human rights, charities, service providers for poor populations, etc. Most of them have a post-colonialist ideology that is effectively anti-Western.

These institutions today present two fundamental problems: first, the various rules intended to civilize the behavior of nations are difficult or impossible to apply to the decentralized non-state proxies that are at the forefront of the conflict against the West. In order to protect themselves against legal sanctions, the US and — to an even greater extent — Israel have been forced to impose rules of engagement on their soldiers that are so strict as to neutralize the advantage of their better-trained and equipped armies. Non-state actors like Da’ash, Hizballah and Hamas commit war crimes as an essential part of their tactical arsenal.

The second closely related problem is that many of those international organizations, especially the UN, have been effectively co-opted by the Muslim world. This is a particularly big problem for Israel, which is on the front line of the conflict between Islam and the West and lacks the financial clout of the US.

Lesson 3: The psychological battleground is as important as the physical one.

There are 1.4 billion Muslims in the world. Many of them see 9/11 as a victory for Islam, despite the fact that the US then invaded Iraq and Afghanistan, causing great loss of life and property. Why is this?

One of the reasons, paradoxically, is Western deference to Islam. Statements like President Obama’s tell Muslims that 9/11 had the desired effect — to regain Muslim honor and respect. Bin Laden’s famous remark “when people see a strong horse and a weak horse, by nature they will like the strong horse” explains the rationale for highly visible, memorable attacks like 9/11. They serve the dual purpose of energizing Muslims — convincing them that radical action makes them the ‘strong horse’ — and causing the West to fear and respect Islam.

Likewise, the recent war between Hamas and Israel has been seen by Palestinian Arabs as a great victory for Hamas, whose popularity has risen significantly even though Hamas suffered large losses and didn’t obtain its stated objectives of lifting the blockade, getting ports or having the salaries of its functionaries paid. What they saw was that — even though very few Israelis were killed by their hundreds of rockets — Israelis were running for shelters and living in fear of terrorist incursions via border tunnels: they saw fear and respect.

What are the consequences of not learning these lessons?

Simply, we will lose the war.

We must understand that it is a religious war and that our objectives can’t be limited to making it irrational for the enemy to continue. Religious wars are essentially irrational. There can’t be a compromise solution. Our enemies have to be crushed and humiliated; it needs to be made obvious to them that God is on our side, not theirs. This doesn’t mean we have to fight 1.4 billion Muslims — on the contrary, if we thoroughly humiliate the ones we do fight, the lesson will be learned by others that we are the ones to fear and respect, that we are the strong horse.

We must understand that the traditional rules of warfare do not work in this situation, and stop trying harder and harder to fight wars without hurting anybody who isn’t carrying an Al-Qaeda, Hamas, or Da’ash membership card. Is that inhumane? In the long run, probably fewer innocents will be hurt if we bring the war to an end as quickly as decisively as possible.

We must understand that the UN is a negative force, one that promotes rather than prevents war, and starve it to death instead of trying to strengthen it.

Finally, we must emphasize the psychological struggle. We’ve allowed our collective guilt to dominate our civilizational psyche, and we need to stop. Certainly the West has committed genocide, permitted slavery and has not extirpated racism. Are we still not better than the barbarians who glory in these things today? These are, after all, the very pillars of their ideology!

We must act so as to emphasize that our system is the stronger one, that we are not beset with doubts, that we are not the corrupt and decaying empire that they say we are. And we must prove that we will do whatever is necessary to win, and use our superior weapons to the fullest to obtain victory.

This entry was posted in Islam, Terrorism, The UN, War. Bookmark the permalink.