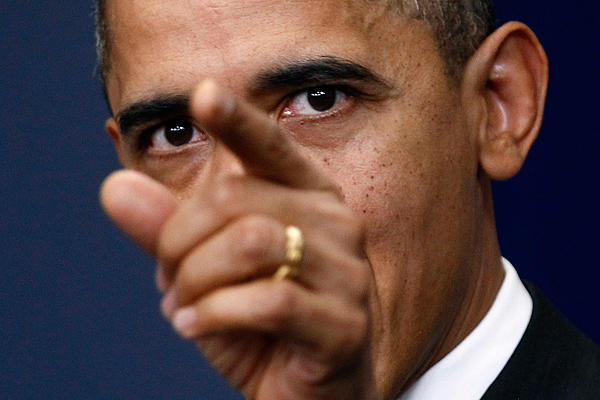 Nabil Shaath, a senior PLO official and confidante of PA chairman Mahmoud Abbas, said that Israel dropped the demand that Hamas be demilitarized, due to American pressure, in an interview with the Arabic Ma’an News Agency.

Shaath is not a particularly reliable source, but it’s not clear what he would get out of making this up. The PLO is anxious to see Hamas weakened, and wants the US to support the idea of giving it control of the crossings, etc. Why would he want to irritate the US?

Overall, the attitude of the Obama Administration during this conflict has been hard to understand. It took several steps that could even be called hostile: the early demand for an immediate ceasefire, the presentation of a ceasefire proposal crafted by Hamas allies Turkey and Qatar, the FAA order that almost shut down Israel’s international airport, the mysterious hold-up of delivery of Hellfire missiles, etc.

A ceasefire agreement that included disarmament would have been a clear-cut victory for Israel, a humiliation for Hamas, a game-changing development that might have pulled Hamas’ teeth for once and for all. One that allows Hamas to keep its rockets and other weapons is just a timeout during which Hamas can prepare for the next round.

If Shaath’s report is true, then the US intervened to rescue a terrorist organization. Obviously this is bad for Israel, but how is it good for America?

In response to a report that Obama was “enraged” at Israel, Peter Wehner noted that

In a neighborhood featuring Hamas, ISIS, Hezbollah, Syria, and Iran, just to name a few of the actors, President Obama was “enraged” at … Israel. That’s right, Israel–our stalwart ally, a lighthouse of liberty, lawfulness, and human rights in a region characterized by despotism, and a nation filled with people who long for peace and have done so much for so long to sacrifice for it (including repeatedly returning and offering to return its land in exchange for peace).

Yet Mr. Obama–a man renowned for his lack of strong feelings, his emotional equanimity, his disengagement and distance from events, who New York Times columnist Maureen Dowd refers to as “Spock” for his Vulcan-like detachment–is not just upset but “enraged” at Israel.

Add to this the fact that the conflict with Hamas in Gaza–a conflict started and escalated by Hamas, and in which Hamas used innocent Palestinians as human shields–had a very negative impact on America’s relationship with Israel. To show you just how absurd this has become, other Arab nations were siding with Israel in its conflict with Hamas. But not America under Obama. He was constantly applying pressure on Israel. Apparently if you’re a nation defending yourself and, in doing so, you wage a war with exquisite care in order to prevent civilian death, it is reason to earn the fury of Mr. Obama.

Wehner concludes that there is “something sinister” in Obama’s attitude toward Israel. I agree, and this time we can’t blame it on the Saudis, who also want to see Hamas crushed.

Many analysts have written that American foreign policy seems wacky, with erstwhile friends being treated as enemies and vice versa. Towards Israel it has been consistently negative, from the period just before Obama’s inauguration when incoming officials pressed Israel to withdraw from Gaza without concluding Operation Cast Lead, through his Cairo speech in which he compared Palestinian statelessness to the Holocaust, and including his various attempts to force Israel to withdraw to the 1949 armistice lines, his humiliation of Netanyahu at the White House, and on and on. A complete catalog would require several more paragraphs.

Obama is careful and controlled in his public statements about Israel, but his actions suggest that his thinking has more in common with the hysterical anti-Israel demonstrators on campuses and in the streets than with any prior American president.