Posted on September 5, 2019 by Victor Rosenthal 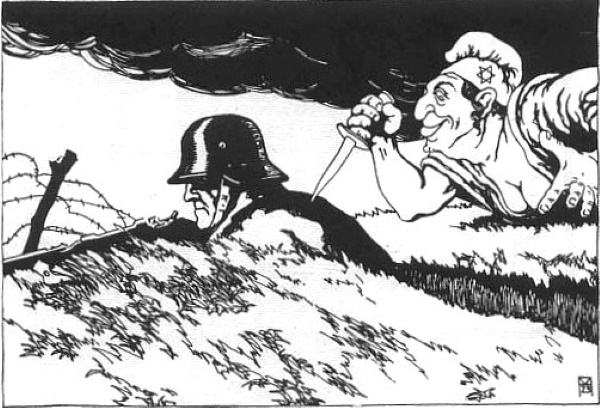 I thought I was beyond being surprised by what comes out of the Union for Reform Judaism (URJ), the American Reform Movement. But last week I received a blog titled “We Must Not Willfully Hide from a Truth” by Rabbi Stanley M. Davids, on a URJ mailing list called “Ten Minutes of Torah.”

I found it interesting as an illustration of the URJ’s anti-Israel direction, as well as an example of the cloudy thinking that characterizes today’s progressive Left.

Commenting on an essay in a forthcoming book (to be published by the Reform Movement’s CCAR Press), an essay which apparently calls for the replacement of the Jewish state by a binational one, Rabbi Davids wrote this:

When we seek to meet an “Other,” we can only honestly meet that Other with a full awareness of what truths that Other holds dear. If we close ourselves off to such truths, even if those truths terrify or anger or confound us, then our meeting can never be successful. …

[the authors of the essay] Mezuman and Azzam-Jalajel assert that there is a valid Palestinian national narrative that Israelis must understand and recognize. Even if a separate Palestinian State comes into existence alongside Israel, the Palestinian residents of Israel must be treated as equal citizens with formal recognition of their own unique attachment to the Land. If Jews have a Right of Return, why shouldn’t we then contemplate a Palestinian Right of Return? Why shouldn’t our shared goal be a Jewish, Palestinian, and democratic State? …

Naqba is a truth from which many Israeli Jews and many Americans Jews willfully hide. That truth, a Palestinian truth to be sure, but accepted by some Jewish Zionists as well, doesn’t have to become our truth. But if we ever want to build an infrastructure of peace and understanding, we must recognize the power of that truth within the Palestinian community – and we cannot willfully hide from it.

I wrote to Rabbi Davids and asked him if he, personally and as a representative of his movement, would “contemplate a Palestinian Right of Return” or consider a “Jewish, Palestinian, and democratic State.” No, he answered, he would not. But,

What I was hoping that I could communicate is the need for both sides to hear and understand each other’s narratives.  Understanding why someone or some group feels the way that it does is a key to meaningful communication – but is not at all the same as accepting the Other’s narrative as true or even equally true or as compelling as our own narrative. [email response]

Rabbi Davids is not playing fair. On the one hand, he refers to the Palestinian narrative as a “truth” several times. Not just as a story – and as a matter of fact, a made-up story that serves the Arab political goal of extirpating the Jewish presence from the Land of Israel – but as a “truth.” And clearly “a truth” implies an epistemological status greater than a story.

The postmodernist believes that there is no such thing as absolute truth, and that every group has its own narrative that grows out of its own cultural experience. The narrative is true for its owners, but perhaps not for others. There is no external, objective standard. Is this what he thinks?

I hope not, for this way lies madness. If there is no such thing as objective truth, then there’s no use in reasoning, no such thing as justice, no sense in studying history, and no trustworthy knowledge.

But in his clarification, he tells us that is not what he means. He says that all he meant was that Israelis must fully comprehend the story that Palestinians believe so deeply, in order to communicate with them. Rabbi Davids is correct that if you don’t understand someone’s position, you can’t negotiate or even communicate with them. But he goes farther. He suggests that we are “hiding” from the “truth” of naqba, and that until we fully grok it, we will never get past our conflict.

What we disagree about is what counts as “understanding.” I suspect that both Davids and the Palestinians will agree that we have not fully comprehended the naqba until we admit that everything bad that happened to the Palestinian Arabs was our fault, and that we are prepared to make amends – which would at minimum mean sharing our state with them, enacting a right of return for Arabs with refugee status, and so on, precisely as Mezuman and Azzam-Jalajel suggest. In short, commit national suicide.

Indeed, as Rabbi Davids probably knows, if our actions in 1948 were unjust, as the Palestinian narrative tells us, then we are required to do tshuva (repentance), in part by returning anything that we took unjustly.

I would argue that despite the harsh actions that were made necessary by the war, the flight of several hundred thousand Arabs in 1948 was primarily a consequence of decisions made by Palestinian leaders and elites, as well as the leaders of the Arab states. We don’t have anything to do tshuva for.

This business of narratives didn’t start with the Palestinians. Politicians and others have always understood the power of the narrative. It’s only recently that people have started saying that all narratives are inherently “truths” in some sense, as long as a large number of people believe in them.

For example, many Germans believed that their loss in WWI was not due to running out of supplies and men, the entry of the US into the war, bad strategic decisions, and so on, but rather that their successful army had been “stabbed in the back,” mostly by the Jews. This narrative, which may have originated with a comment by German Chief of Staff von Ludendorff in 1919, became quite popular, and was later picked up by the Nazis.

Would Rabbi Davids believe that this narrative too, contained a “truth” from which we must not “hide?” I don’t think so.

This entry was posted in American Jews, Israel and Palestinian Arabs. Bookmark the permalink.