Bring back the Iron Wall

Posted on February 29, 2016 by Victor Rosenthal 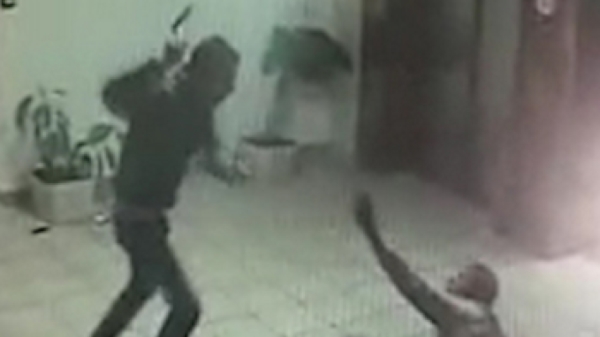 The vicious ax attack on an unarmed security guard at a mall last Thursday night stood out among the hundreds of similar incidents in the last few months because of its extreme brutality, because the terrorist and the victim worked in the same place and even had coffee together, and because it was caught on video for the entire nation to see.

Saadi Ali Abu Hammad, 21, was allowed to sleep in the mall where he worked in a food shop so that he could start preparations for the Friday rush early. He lay in wait for the guard, Tzvika Cohen, 47, and beat him mercilessly with an ax. Cohen is still in critical condition, fighting for his life.

From the victims’ point of view, all terrorism is the same. It’s impossible to say that this attack was ‘worse’ than others. But, like the murder of Dafna Meir in the doorway of her home five weeks ago, or the atrocious slaughter of five members of the Fogel family in 2011, it spotlights the strength of the hatred burning in Palestinian hearts.

Naturally Israelis would like to do something to put an end to the terrorism, which shows no sign of abating on its own and appears to be getting worse. The reaction of the Palestinian Authority is to say that they have no control over the actions of individuals, while at the same time treating them as heroes and exemplars for Arab youth. Hamas, of course, calls for more violence.

Suggestions run the gamut from trying to ease Palestinian ‘despair’ by providing a ‘horizon’ upon which, presumably, they could see an independent state, to Israel declaring sovereignty over all of Judea and Samaria and expelling the Arabs. In between there are all kinds of ideas for improving the security of the Jewish population by increasing the presence of security forces, building walls, and so on.

The Labor Party’s Yitzhak Herzog admits that a two-state agreement is impossible at this point for various reasons, but he wants to ‘separate’ from the Palestinians by withdrawing from parts of Judea and Samaria and building walls. This is supposed to improve security but still keep the “two-state vision.”

There are several problems with this idea. The main one is that a withdrawal from any part of the territories will be seen by the Arabs as a victory for their strategy of murdering Jews until we give up and leave. It will cause them to redouble their efforts. It might even encourage more Arab citizens of Israel – who until now have taken only a small part in the ‘stabbing intifada’ – to join in, in the hope that final victory is at last achievable.

One would think that what happened after Israel withdrew from Gaza would have made it clear that it would be stupid to remake the same mistake in Judea and Samaria. But the belief that the conflict can be ended by appeasement seems to be a tenacious one.

The idea that the cause of today’s violence is despair over the Arabs’ inability to get a state is part of the fantasy that what they want is a state. The cause is not despair at all, but rather hope – hope that together with their allies all over the world, they can force us to concede enough land and security so that one day they will succeed in getting rid of us.

This was understood before the founding of the state by Ze’ev Jabotinsky, who saw the desire of the Arabs to be rid of the Zionists as completely natural, and argued that the only solution was to ensure, by means of an “iron wall” of resolve (and military power), that they would have no hope of success. Jabotinsky had no desire to expel the Arabs; but he understood full well that coexistence could only be guaranteed by force. Ben-Gurion, who would never admit agreeing with Jabotinsky about anything, nevertheless understood this and acted accordingly.

More recently Meir Kahane thought that coexistence was impossible in any case. Arabs (he didn’t distinguish between Arab citizens of Israel and residents of Judea and Samaria) must be encouraged to leave, and if they won’t leave voluntarily with compensation, they must be expelled. 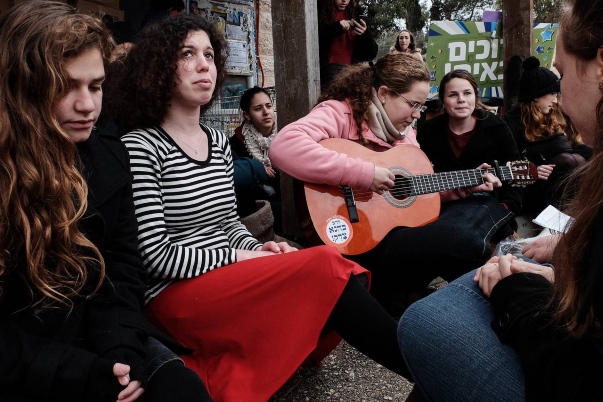 A vigil for 23-year old Shlomit Krigman, murdered last month. The sticker on the guitar reads “Rabbi Kahane was right!”

The recent series of murders and the inhumanity that characterizes them have led many Israeli Jews to come to the conclusion that Kahane’s program is the right one. But while getting rid of all the Arabs would solve the problem of Arab terrorism in our streets, it would be difficult or impossible to implement.

The relative peacefulness of the Arab population within the Green Line suggests that Jabotinsky’s solution may be workable. Something that many people are not aware of is that between 1948 and 1966, Arab Israelis lived under military rule. In 1966, they received full civil rights, including voting and serving in the Knesset. This evolution was possible because Israel, despite its left-wing orientation at that time, maintained Jabotinsky’s iron wall.

In 1948 the Arabs had been soundly defeated. Many fled during the war, including their leadership. In the following years, they came to see that the Jewish state was not going away, and realized that cooperation was more practical than confrontation. One of the reasons that this development was possible was that the Arabs were not subject to continuous incitement from the great powers. A similar process could have happened in Judea and Samaria after 1967, if Israel had been left alone.

But especially after 1973’s oil shock, the reversal of the outcome of the 1967 war became a major Western foreign policy goal. Great pressure was put on Israel to withdraw from the territories rather than to integrate their Arab populations. In 1993 this culminated in the Oslo accords, which – by bringing the rejectionist PLO back into the picture (and into our country) – made it possible for the Arabs of the territories to imagine a world without Israel.

The PLO also established its comprehensive hate-education system, which has since borne evil fruit in the form of creatures like Saadi Ali Abu Hammad.

A return to the policy of Jabotinsky’s Iron Wall would probably mean a break with the US and the EU, which would be vehemently opposed to every part of the program.

Israel’s ruling party under Netanyahu is not prepared today to take this step, and the opposition is even less so. But the consequences of not doing it will be the creation of an Arab terror state on our doorstep, as well as the radicalization of the Arab Israelis with whom we have so far coexisted. It will mean the continuation and even exacerbation of terrorism.

Those who say that the solution to terrorism is primarily political and not military are almost right. They just have the politics wrong.

1 Response to Bring back the Iron Wall