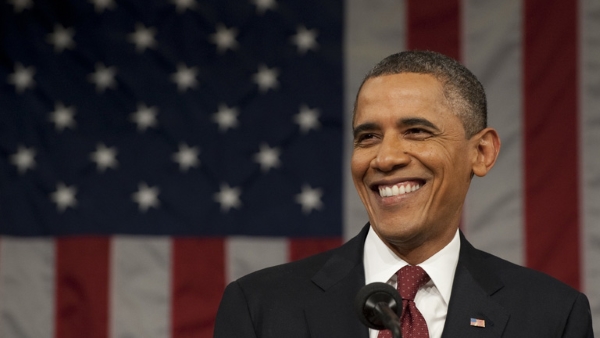 You know that I think, and have said over and over, that the Obama Administration is the worst ever for Israel. Now a new poll shows that most Israelis, even those that identify as left-wing, agree with me:

When it comes to the “best” President [in the past 30 years], Israelis hesitate, as they have more than one candidate for the top spot. But when they are asked about the “worst” there is no such hesitation. One President stands head and shoulders above all others: Obama – with 63% of Jewish Israelis choosing him. Carter comes at a distant second with 16%, and other presidents are barely mentioned (the Bushes with 4% and 3%, Reagan with 2%).

This is stunning. You can’t blame PM Netanyahu or Sheldon Adelson for this. Nor can you blame an imagined Israeli ‘Republicanism’, or Obama’s support for a two-state solution, because the absolute favorite of Israelis turns out to be America’s first “black and Jewish,” president, Democrat and 2-stater Bill Clinton (37%, with George W. Bush at 34% and Reagan a distant third with 8%).

In other words, the overwhelming support of American Jews for Obama shows that either they don’t care much for Israel, or are very badly informed about Obama’s policies and the realities of the Middle East. I hope it’s the latter, and I still believe it is.

The biggest issue in Israel today is not the question of the Palestinian Arabs, because most Israelis understand that there is no good option open at this time; both partition and annexation have big problems associated with them. What they are worried about is Iran and its proxies, and it is in this area that Obama is acting directly against Israel’s interest — and I mean its interest in surviving terrorism and war, even nuclear war.

Before the election, labor party standard-bearer Yitzhak ‘Buji’ Herzog said that he “trust[ed] Obama to get a good deal” with Iran. Either because the election is over (and Obama’s support didn’t help him) or because the parameters of the deal are even worse than expected, Herzog has changed his tune and is now saying that there is “no division between the coalition and the opposition” on the Iranian bomb, and that the deal about to be finalized poses “real potential risks in the long term.”

From here, it looks like America has big problems: extreme polarization, a breakdown in the relationship (poor as it was to begin with) between the races, a pathological political correctness and radicalization in the universities, and an administration that appears to be trying to change the image of the nation from a proud leader and force for good in the world to a repentant and supplicant sinner (there are more issues, but these pop to mind). So I can understand that American Jews don’t have a lot of mind space available for Israel.

Indeed, the son of anti-Israel financier George Soros is starting a new PAC that will try to divert the attention of Jewish voters from Israel:

Alex Soros’ new “Bend the Arc” PAC is said to be the first Jewish PAC not to make foreign policy a top priority, Politico reports. Instead, it will focus on issues like immigration reform, social justice, marriage equality and income inequality.

“One of the reasons behind doing this is that [the other Jewish groups] aren’t really representing the views of the American Jewish community,” Politico cited the PAC’s director, [former J Street official — ed.] Hadar Susskind, as saying.

I don’t know who will be nominated by either party in 2016, and I understand that it is hard to determine how a candidate will behave in office — look how wrong so many were about Obama.

If American Jews still care about Israel as I think they do, then they should look carefully and critically at the candidates, and not re-make the mistakes of 2008 and 2012.