Is Obama a Manchurian Candidate? 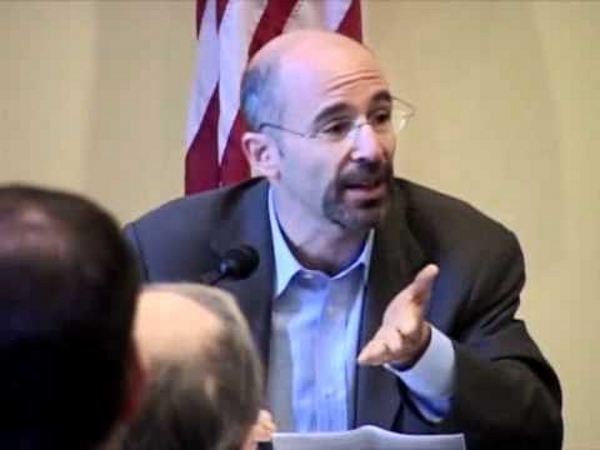 Robert Malley. He devoted his career to anti-Israel activism and propaganda.

One of my readers (you know who you are) argues that Barack Obama has one overriding policy objective to his presidency, an agenda to which he subordinates every other issue, foreign and domestic: to put an end to the Jewish state. Obama, he thinks, was supported throughout his career by Israel’s enemies, who succeeded beyond their wildest dreams when their anti-Israel ‘Manchurian Candidate‘ reached the pinnacle of American politics.

Nah, I always say, you’re paranoid. Yes, he is the least pro-Israel president ever. But to think that the President of the United States is fixated on one tiny state in the Middle East? That would be crazy.

But as time goes by and I note Obama’s incompetence about and inattentiveness to other issues, as well as his invariably taking the path that will be most painful to Israel, especially when that path doesn’t advance — or even harms — US interests, I begin to wonder.

One of the big mysteries for me has been his support for the Muslim Brotherhood in Egypt. The Ikhwan is closely associated with anti-American radicals, burns churches and murders Christians, and has close connections with terrorist organizations like Hamas. When the Brotherhood’s Mohammed Morsi was in power, he expressed a desire to ‘reconsider’ the 1979 peace treaty with Israel, something that the US has said is a foundation for peace in the region.

The present Egyptian regime, led by Abdel Fattah al-Sisi strongly supports continuing the treaty. It opposes Hamas. And al-Sisi has recently spoken out against radical Islam in the most remarkable and courageous way. And yet, the US still supports the Brotherhood and gives Sisi the cold shoulder.

Ask yourself how this advances any American interest. I can’t see how it does, but it certainly would be a disaster for Israel if the Hamas-supporting Brotherhood were to replace the pragmatic Sisi.

I’ve written about Obama’s one-sided actions during the recent Gaza conflict. What American interest is served by protecting Hamas? Even if you think that an Israeli-Palestinian peace treaty is possible (or desirable), it is made less likely by empowering Hamas.

Speaking of the Palestinian issue, John Kerry recently announced that the US will have another go at forcing Israel to cede control of strategic territory in Judea/Samaria to the unstable and unwilling Palestinian Authority. What American interest is served by opening up another front for war and terrorism? Why is the expenditure of effort even justified when there are so many more deadly conflicts underway in the region and the world?

There are numerous other examples, but of course nothing quite matches the Obama policy of rapprochement with Iran, which will ultimately have the effect of legitimizing Iran’s deployment of nuclear weapons, and which in the short run will empower it in its conventional aggression in the region. If there is one really good way to maximize damage to Israel, this is it.

The Iranian regime makes no secret of its intentions to take over the entire region. It already has effective control of Syria, Lebanon, Yemen and much of Iraq. It is developing long range missiles which could target Europe or, at some point, even the US. The ideology of the regime hasn’t changed, and there is a thread of apocalyptic violence in Shiite theology that can’t be entirely discounted. Allowing it to obtain nuclear weapons cannot be in America’s interest.

Given all of this, Obama’s latest act is anticlimactic, but telling. Almost as if to make a statement about the future direction of policy toward Israel, the White House has appointed his advisor Robert Malley as “White House Coordinator for the Middle East, North Africa and the Gulf Region” on the National Security Council.

Malley, whom many know as the guy who continues to insist — despite statements to the contrary by former President Clinton and his Middle East Envoy Dennis Ross — that the failure of the Camp David and Taba talks in 2000-1 was Israel’s fault and not that of Yasser Arafat, has devoted his career to anti-Israel activism and propaganda. It’s hard to think of anyone much worse from Israel’s point of view unless Obama were to recruit in Gaza.

Moving Malley up isn’t likely to change much. His predecessor, Philip Gordon, was not particularly pro-Israel. But it is emblematic of the one-sided approach taken by the administration, what my reader calls the “laser-like focus” on Israel which characterizes an administration which is bumbling and inconsistent on almost everything else.

Can it be proven that Obama is a Manchurian Candidate? No — at least not unless the LA Times releases the tape of Rashid Khalidi’s dinner party. But as Hillary Clinton might put it, “what difference at this point does it make?”

1 Response to Is Obama a Manchurian Candidate?