The US changes course

Posted on February 27, 2015 by Victor Rosenthal 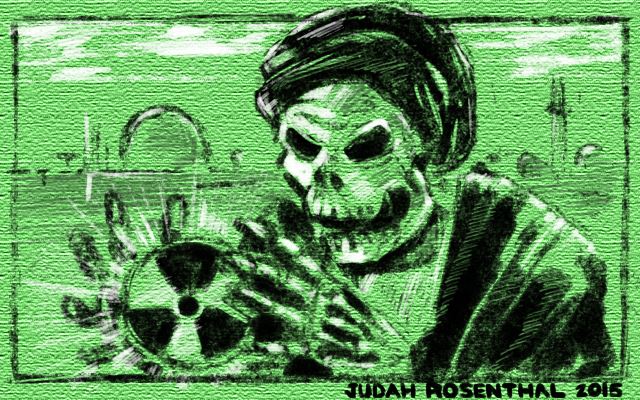 This article was cross-posted to the Elder of Ziyon blog.

Recently, I attended a panel discussion including the representatives of several of the political parties competing in our upcoming election. I found it quite interesting that the question of Iran barely came up. When I made a remark about Barack Obama being an enemy of the Jewish state, the fellow from Meretz called my opinion ‘extreme’ and said something about how Israel and the Palestinians needed a push to get together, and he appreciated Obama providing it.

Oh yes, I thought, the Palestinians and the phony ‘peace’ negotiations. I remember that. But in fact it hadn’t crossed my mind, nor had the actions of the administration during the recent Gaza conflict. What prompted my remark about Obama being an enemy was the deal with Iran that is coming together right now, the deal that mainstream journalists are reporting is even worse than the Israeli leaks that so angered, yet again, the US president (it’s funny how we infuriate him so easily, almost just by breathing).

This deal — or rather, the realignment of the US towards Iran and away from its traditional allies in the Sunni Arab states and Israel that the deal exemplifies — represents a real change in US policy. While previous administrations also have pushed the pointless Palestinian ‘peace process’ with more or less enthusiasm, the Obama administration is breaking entirely new ground with its pro-Iranian policy.

If — and this is quite a big ‘if’ given Iran’s historical behavior — if Iran lives up to the terms of the deal as reported, the regime will not assemble and test a weapon for 10 years. In return for this ‘restraint’, it will be able to continue enrichment of nuclear material as well as research and development in the areas of weaponization and delivery systems. Its continued violations of the non-proliferation treaty and the Security Council resolutions intended to enforce it will be ignored, and Iran’s emergence as a nuclear-armed state will be fully legitimized.

If such an agreement were to be signed, it would make it much harder for Israel to argue that any action it might take against Iran was defensive. Israel would be portrayed as violating the international consensus that rendered Iran’s program kosher. In my opinion, this is the main reason that Iran wants the deal. It certainly isn’t afraid of US action!

The Hebrew term for negotiations could be translated literally as “give and take.” This seems a strange negotiation, all give and almost no take. Quoting Henry Kissinger,

Nuclear talks with Iran began as an international effort, buttressed by six U.N. resolutions, to deny Iran the capability to develop a military nuclear option. They are now an essentially bilateral negotiation over the scope of that capability through an agreement that sets a hypothetical limit of one year on an assumed breakout. The impact of this approach will be to move from preventing proliferation to managing it.

President Obama believes that it is possible for the US to establish an alliance of sorts with Iran that will help it defeat the Islamic State and bring stability to the Middle East while at the same time permitting the US to safely withdraw its forces from the region. Not only is he acquiescing to Iran’s nuclearization, he appears to have given Iran a free hand in Syria and Iraq.

Given the ideology of the Iranian regime, this represents an astonishing triumph of delusional wishful thinking. Here is how Maj. Gen. Ya’akov Amidror, former Israeli National Security Advisor and head of the research department of Israeli Military Intelligence described it:

From the point of view of the Arab Middle East, the decision to alter the course with Iran means that America is effectively choosing a side in the historical, centuries-old feud in favor of the Shiite minority, scaring the Sunni majority. By doing so, the Americans are encouraging the Shiites, who since the revolution in Iran 35 years ago have been the most dynamically negative force in the Middle East, a force which reaches far and wide via its terrorist group proxies.

Iran established Hezbollah in Lebanon — and it is fighting on behalf of the Assad regime in Syria. Iran created the Islamic Jihad group as a Sunni proxy among the Palestinians — to fight Israel. And Iran is helping Hamas, also a Sunni Palestinian organization — to undermine the Palestinian Authority and also to fight Israel. Iran backs the Houthi rebels who have conquered Sana’a, and it prodded the riots in Bahrain, which were subdued with help from Saudi Arabia. Across the entire globe, the Iranians and their Hezbollah allies have carried out dozens of terrorist attacks against Israel, and the Americans are well aware of this. The U.S. is on the verge of partnering with this radical force, in the hope that doing so will bring about regional stability? It’s hard to believe, but reports to this effect are multiplying.

The new American policy will turn the entire Sunni world against the US, Amidror notes, as well as encourage even more nuclear proliferation as the abandoned Sunnis nuke up in order to protect themselves against the aggressive and expansionist Iranian regime. It will encourage Iran to continue to export terrorism all over the world, including America’s soft underbelly via Latin America.

It also represents a striking reversal of the commitment of most recent American administrations to the security of Israel. Iran stands behind almost every enemy of Israel today, from the tens of thousands of Hizballah missiles in Lebanon that can strike almost every location in the Jewish state, to the tunnel diggers and suicide bombers of Hamas, to the self-motivated stabbers and murder drivers in the territories. Right now, Iran is  beefing up its forces in the Syrian Golan, creating yet another possible front for conflict.

Aligning with Iran and protecting Israel are inconsistent actions — doing one precludes doing the other. To facilitate the possession of nuclear weapons by a regime that holds Holocaust denial conferences and cartoon competitions, that almost daily announces that Israel must and will be destroyed, and that almost entirely surrounds Israel with its military proxies, is nothing less than an act of aggression against the Jewish state.

This is why I called Obama an enemy of the Jewish state and the Jewish people, and why I don’t consider that statement ‘extreme’ at all.

The relationship between Israel and the US is in the process of being torn apart, and it has nothing to do with ‘protocol’ or personal animosity between Netanyahu and Obama. It is a divergence over policy, a result of a conscious decision taken by the administration to reverse course in the Middle East and place the US in the Iranian corner. Unless the next American president sharply changes course yet again, the map of Israel’s alliances will look significantly different in the coming years.

1 Response to The US changes course