Don’t give them the narrative

Posted on November 24, 2014 by Victor Rosenthal 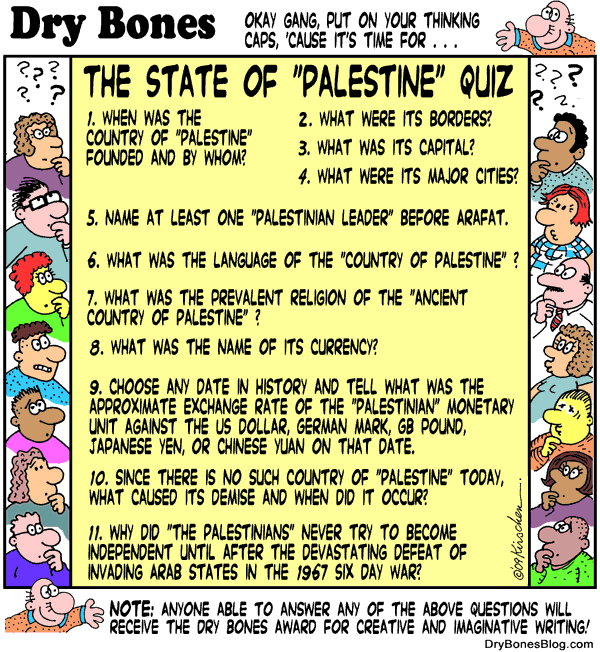 Narrative is everything in information warfare.

If you give your enemy the narrative, then the game is tilted in his favor from the start.

Palestinian Arabs constantly repeat the myth that they are an indigenous people and we stole their land. This is an article of faith in Europe, the UK, American campuses, Tel Aviv coffee houses and the White House.

Our officials act as though they believe this. They offer to ‘return’ land to the ‘Palestinians’ in return for security from their terrorism. They feel guilty about ‘Palestinian refugees’ whose ancestors mostly left to escape a war that they and their allies started and who were kept in refugee camps because the Arab states and (later) the PLO wanted them there to be an army against Israel.

The myth is made-up history. They aren’t indigenous. They are mostly Arabs from Syria, Egypt and other places whose ancestors arrived here in the 19th and 20th centuries. And they would have lost nothing if they and their allies hadn’t waged war against us. We don’t owe them anything.

The PLO pretended to want a peaceful state alongside Israel. Our leaders, again, acted as though the believed this. We brought it back from the dead, gave it a base next door to us, armed and funded it. But it is the same terrorist gang that it was in 1972, when it murdered our athletes in Munich. Thousands of Jews (and not a few Arabs) died because of this monumental stupidity.

Two myths — the existence of a wronged “Palestinian people” and the peaceful intentions of the PLO. They are the received wisdom in most of the world. Why shouldn’t they be? We and most of our leaders don’t dispute it!

Even PM Netanyahu, who certainly knows that he can’t trust the PLO, acts as though it is possible to give up land to some kind of ‘demilitarized’ Palestinian entity in return for quiet.

It isn’t. Give them a base and they will fortify it and attack us from it. But more important, give them anything and it legitimizes their always-escalating demands. The so-called “peace process” was nothing but an extortion process.

We need to recover from the mistake of Oslo, to tell the world over and over that we do not recognize the “Palestinian people” as an entity that has the right to demand anything from us, and that we consider the PLO (and Hamas and all the other factions waving their AKs in the air) as terrorists who are guilty of multiple murders and crimes against humanity.

Many people say there is value in cooperating with the PLO against Hamas. They are enemies and the enemy of our enemy, etc. I think it’s not worth it. Our relationship to both the PLO and Hamas should be the same: massively disproportionate response to terrorism.

It is also important to tell the Arab citizens of Israel that we won’t treat them as a national minority. They are an ethnic and religious minority, Arabs and Muslims or Christians, who have civil rights as citizens of the state. They are not “Palestinians” who have special political rights. Unlike virtually all the Arab states, who have treated Jews as a (hated) national minority and expelled them, we will not expel them just for being Arabs. We do require that they don’t try to murder us.

So they feel oppressed living in a Jewish state? Where on earth is the Arab or Muslim state in which Arabs are as free to do as they please as Israel? What kind of rights do they have in Egypt or Saudi Arabia? Is the fact that we sing Hatikva more painful than the real repression in those countries? This shows that it is not a question of wanting to be free of oppression, but rather a desire to be free of Jews.

Finally, we needn’t be ashamed of our own identity as a Jewish state, the state of the Jewish people. Unlike the “Palestinians,” we do have a history. This does not agree with what Natan Sharansky calls the “post-identity” philosophy, but who cares? The Europeans, who are the great proponents of eliminating national identities and becoming world citizens, are watching their formerly great civilization die, both by demographic attrition and the thousand cuts of terrorism, murder and rape.

I am for telling the truth, and negotiating on the basis of the truth. If we don’t do this, who will?

4 Responses to Don’t give them the narrative