Recently, several Arab teenagers were shot fatally by Israeli security forces. Here is one of them, Orwah Hamad, 14: 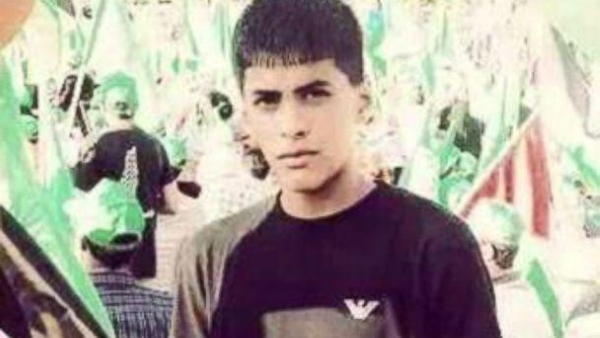 He was shot in the head with live ammunition. How could we do such a thing to a child?

There is an answer to this question. Hamad was holding a burning Molotov cocktail when he was shot, a gasoline bomb which can burn people to death. It is as deadly a weapon at short range as a gun. Here is what Hamad was trying to accomplish (the picture is from a 2011 incident in Jerusalem): 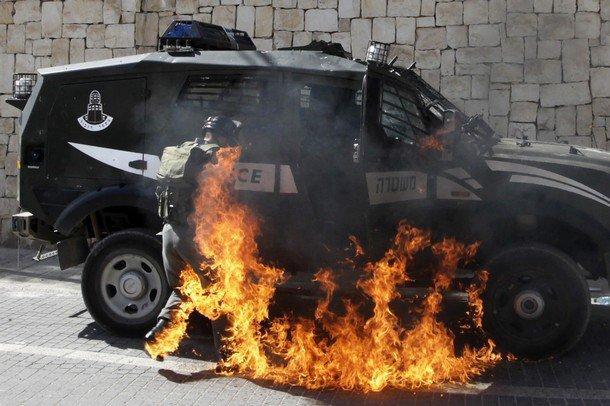 So what is the appropriate response to a child aiming a deadly weapon? The target of the firebomb would be as dead (or burned badly enough to wish he was) regardless of the age of the perpetrator.

Self-defense is an absolute right, whether it is applied to people (even policemen and soldiers have it!) or to nations. Judaism does not ask us to turn the other cheek or suffer violence rather than do it; if there is no alternative, it requires us to kill those who are trying to kill us, even if they are only 14.

Those of us who have children (and even those that don’t) shudder at the horror of a child being killed. But the burning border patrolman in the photo above also has parents, probably a wife and children of his own.

The relevant question is “what is the matter with Palestinian Arab society that it approves of its children becoming murderers, even encourages them to do so?” Here is a recent example from the main Fatah Facebook page (courtesy of Palestinian Media Watch): 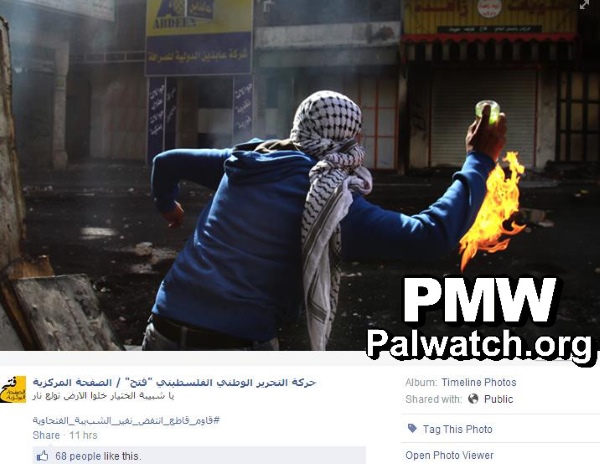 The text reads “The old man’s [Yasser Arafat’s] Shabiba [Fatah youth movement] – set the land on fire!” Fatah, if you don’t know, is the Palestinian faction that dominates the PLO and the Palestinian Authority. Its chairman is the ‘moderate’ Mahmoud Abbas.

Fatah, Hamas and other terror factions are recruiting and training child soldiers for their movements. Here are some from the Palestinian Islamic Jihad in Gaza:

Everything about this is tragic.