Are Israelis safer than Americans?

Posted on September 16, 2014 by Victor Rosenthal 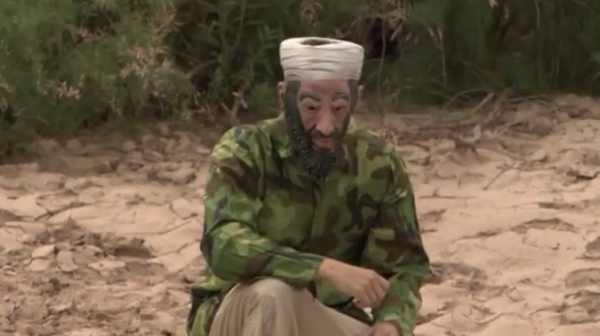 41 days ago I returned to Israel after 26 years of exile in the US. Well, not exactly exile — We could have come back any time, as my wife reminded me often. So finally we did, and last week our possessions (we have too many) followed us, which is why my blog posts have been sparse for the past few days.

We moved during the recent conflict with Hamas, and many of my American friends thought we should be anxious about the rocket barrages. I responded that there is always a quantifiable insecurity in Israel, because it is a small country with enemies on at least two sides.

The key word is quantifiable. Israel knows who its enemies are and what weapons they have. We think — that is, we feel a degree of certainty greater than hope but perhaps less than complete confidence — that the IDF and the government have reasonable plans to deal with the threats from Hizballah, Hamas, Iran, Da’ash, etc.

Maybe life here is more dangerous than life in the US — and maybe not. I know I had zero confidence in the US administration and its Department of Homeland Security to, er, keep the homeland secure.

I keep reading about Hizballah activity in South and Central America and its close relationship to drug traffickers there. Then I see right-wing provocateur James O’Keefe sneaking across the border from Mexico wearing an Osama Bin Laden mask. It gives me pause.

New York City remains a target, but one American organization that has been extremely serious about terrorism is the NYPD. Perhaps unfortunately, its aggressive undercover surveillance of Muslim communities has been curtailed recently for political reasons. It remains to be seen if this will turn out to be a fatal error, or if — as police spokespersons say — the new ‘open’ approach will be equally effective.

In Israel there is a clear understanding that it is absolutely necessary to spy on Palestinian Arabs in order to prevent terrorism. Recently, after 43 reservists in an IDF intelligence unit signed a letter saying that they would refuse to perform surveillance duties that “harm innocent people,” the reaction in most segments of Israeli society was one of disgust. Of course it violates the privacy of Palestinians — but Israel doesn’t have the luxury of not doing this.

I believe that the US thinks that it is big enough and powerful enough that it can afford to have lax border controls, to take elaborate care to never, ever ‘ethnically profile’, despite the threat of Islamic terrorism — not Jewish or Buddhist terrorism — that it faces, and even for the President to deny that the terrorists he wants to fight are Muslims.

As everyone knows, airline security provided by the TSA in the US is a bad joke. Israel’s version selectively inconveniences some passengers, but is highly effective. In addition, El Al aircraft are fitted with $1 million systems to divert surface-to-air missiles. US airlines presently have no plans to install such systems, despite the fact that the terrorist world has been flooded with hand-held missile launchers from Libya.

I understand that providing real security for the US, with its long borders, thousands of commercial aircraft, etc. would be massively expensive and an order of magnitude or two more difficult than Israel’s problem. On the other hand, the US has resources far greater than Israel’s.

So am I safer in America or in Israel? I am not really sure, and I don’t know how to answer the question scientifically. I do know that psychologically I feel more secure here in Israel, where we — despite the sometimes excessive self-criticism — take our enemies seriously enough to take real steps to protect ourselves against them.

2 Responses to Are Israelis safer than Americans?