How to bring the war to Hamas 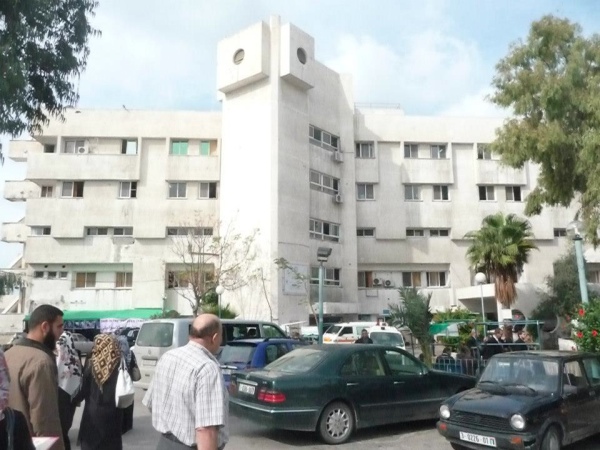 Al-Shifa Hospital in Gaza. The main Hamas command and control bunker in Gaza is located underneath it.

I have been expecting (and I admit it, hoping for) the IDF to mount a ground attack against Hamas in Gaza. But there may be an alternative, better, approach.

The very knowledgeable Dr. Mordechai Kedar lists some of the difficulties of going after Hamas in the heavily populated Gaza city area:

1. Population size and density, especially in urban areas such as Gaza City, Khan Yunis, Rafiah and the refugee camps make it necessary for Israel to introduce large infantry forces to a considerable number of points.

2. A tank has no advantages in urban areas as it has limited maneuverability, cannot aim at upper floors and is a slow-moving, easily hit target for antitank weapons, such as RPGs and rockets.

3. An armored jeep is also an easy target for antitank weaponry in a built up area.

4. Soldiers making their way on foot in built up areas are sitting ducks for snipers. Hamas has laid mines, built tunnels underneath the houses, fortified sniper positions in strategically placed buildings.

5. Eliminating Hamas military and civilian infrastructure requires a large Israeli presence over a lengthy period of time, enabling Hamas to attack command posts and headquarters (that is what occurred in Tyre).

6. Total elimination of Hamas will not prevent its resurgence as soon as our soldiers leave.

Kedar makes two points: that the ground attack would be costly — both to Israel and to the civilian population — and not assured of success, and that even if the Hamas infrastructure were completely destroyed, a permanent IDF presence would be required to keep it from being rebuilt.

Keep in mind that Hamas is depending on the “international community” to force a cease-fire and then help it rebuild; this will be accelerated by civilian casualties in Gaza. It has therefore encouraged its population to become human shields by ignoring IDF warnings, even going to rooftops of houses that are expected to be bombed.

Hamas sees casualties both among IDF soldiers and Gazan civilians as advantageous, and is doing everything it can to force Israel into a ground war in order to increase them. It certainly has been behaving as though this is its aim, deliberately crossing red lines and bragging about its intentions.

1. Israel must not enter Gaza and continue dealing with the problem from the air, where Israel has a significant advantage over Hamas and the other terror organization.

2. Israel must continue and expand its targeted assassinations against activists and leaders Israel must give Hamas political leaders clear warning that continued rocket launching will lead to their elimination.

3. Israel must announce publicly that two days after the aforesaid announcement, it will shut the supply of electricity, water, food and fuel to Gaza, and that this will continue until the rockets cease. Israel can also threaten to cut off all line-based communication to Gaza that goes through Israel. There has never been a situation in which a country continues to provide supplies and services to an area from which it is being shot at. This two days in advance warning is intended to deal with legal, public, political and media issues that might result from the cutoff.

The third point is important because Israel is providing a propaganda victory to Hamas by its humanitarian policies, enabling it to retain popular support:

Our side keeps saying: We differentiate between terrorists and civilians: we fight terror and send food to the civilians. There is nothing more infuriating and incorrect, because think about it – who hands out the food to the people? Israel or Hamas? In other words, the people thank Hamas for succeeding in blackmailing Israel into transferring food even though Hamas is raining missiles on Israel.

We say that we are transferring food and fuel so that world media will report it. This, too, is a faulty approach, because it is based on a twisted scale of values, according to which Israeli lives are less important that Israel’s image.

Continuing to transfer food, water, fuel and electricity, is seen as a sign of weakness by  the other side, and weakness invites more pressure in the form of rockets and missiles. Stopping the supplies would cause the residents of Gaza to demand that Hamas cease to launch rockets. Clearly, continued transfer of supplies is the reason for the continued rockets.

Kedar would prefer that Hamas — a humiliated and weakened Hamas — maintain control of Gaza, while being forced to stop its aggression against Israel.

I think he’s right about the contradiction between ‘humanitarian’ assistance and warfare. After all, the population of Gaza overwhelmingly voted for Hamas in 2006, and overwhelmingly supports its objective of killing Jews. We have no obligation to place the well-being of Gaza’s population over that of our own. The opposite is true!

If we cut them off, we can expect great international pressure to resume the transfers. Our response can only be: “yes — as soon as Hamas stops its attacks and begins to disarm.” Continued transfer will depend on the progress of disarmament.

I don’t suggest that we embark on this course unless we are prepared to follow through, because surrender to pressure would be far worse than not taking it at all. It must be made clear that the fate of Gazans is in Hamas’ hands, not ours.

Unfortunately, Hamas is probably correct that this war will end with an imposed cease-fire like previous conflicts. Our strategy should be designed to 1) hurt Hamas as much as possible — materially and psychologically — before this occurs,  2) establish conditions afterwards that will work against a recurrence of the conflict, and 3) protect our own people, both civilians and soldiers.

It is possible to combine air attacks with small, targeted ground operations by special forces without committing to a major ground offensive that sees dozens of tanks rolling across the border. I think that this can be combined with a cutoff of Gaza’s lifeline as advocated by Kedar to best achieve our goals.

4 Responses to How to bring the war to Hamas