The rabbi has things backwards 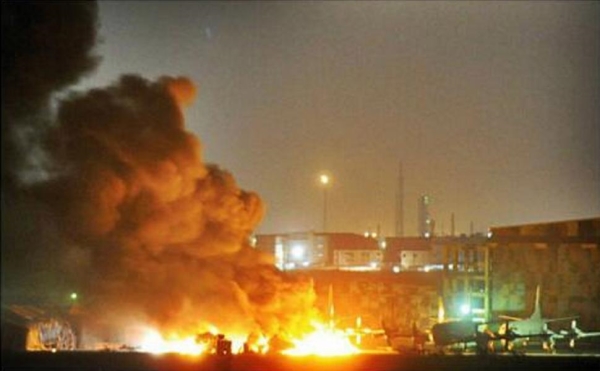 Here is a snippet from a dvar Torah by Rabbi Laurie Rice, which the Reform movement sent to its “Ten Minutes of Torah” email list. The piece was about standing up for moral but unpopular positions, as Calev and Yehoshua Ben Nun did on returning from their reconnaissance mission to the Land of Israel. The general point is unexceptionable, but she said this:

The Help is a story about black women serving as maids in Jackson, Mississippi in the 1960s, just 50 years ago. It’s a story about black women and the white women they served. As I read about the segregation, the attitudes of whites toward blacks, the depraved lines of distinction that were drawn, and the brutality and cruelty that was so very socially acceptable, I had to remind myself that I was not reading a fictional take on a time 200 years ago. This was just 50 years ago, down the road from where I live in Nashville, Tennessee.

I am continually amazed/shocked/appalled/disgusted that human beings have the capability to be so cruel, so devoid of compassion, so un-God-like. I know this feeling. It’s familiar. I’ve felt it before. I felt this way standing at the Birkenau concentration camp with my dearest childhood friend–who is not Jewish–who felt as angry and disillusioned as I did. I feel this way when Americans, in a post-9/11 world, mistakenly view all Muslims as Islamic fundamentalists, disparaging Islam and Muslims in any form, in what has become a type of acceptable discrimination.

Wait — does Rabbi Rice think “disparaging Islam and Muslims in any form” is the equivalent of the systematic degradation and oppression of blacks in the Jim Crow South? Can she be suggesting that it is comparable in any sense at all to the thinking that gave rise to the murder factory at Birkenau?

I’m dumbstruck. She would probably say that of course she doesn’t think “disparaging Islam” is like lynching or mass murder, but the moral revulsion that she feels at all these things is similar. Is that better? Not much.

I too am horrified when I think about Jim Crow (or worse, slavery), and the Holocaust. But I maintain my right to disparage Islam when stuff happens like what happened at the airport in Karachi, Pakistan last night.

She tells us that there are those who “mistakenly view all Muslims as Islamic fundamentalists,” and this makes her feel “amazed/shocked/appalled/disgusted.” I have never heard anyone say this. Have you? What I have heard, and believe to be true, is that violent and intolerant aspects of Islamic ideology are more and more becoming dominant in the way Muslims understand and practice their faith, and that this is a threat to Muslims and non-Muslims alike.

There is something very wrong with Islam and Muslims today, and if we are going to survive it, we should be allowed to talk about it. Rabbi Rice — and many others — insist that such talk is on the level of racism and mass murder, and they want to suppress it.

She has things backwards, I think.

This entry was posted in American Jews, Islam. Bookmark the permalink.

1 Response to The rabbi has things backwards