Israel Police have arrested Ziad Awad, one of the 1,027 terrorists released two-and-a-half years ago in exchange for IDF hostage Gilad Shalit, on suspicion that Awad was responsible for the murder of Baruch Mizrahi  on Passover eve near Hebron.

Mizrahi, a senior police officer, was on his way to a holiday Seder meal when he was ambushed and murdered, reportedly by Awad, a resident of Idna, an Arab village near Hebron.

Mizrahi’s wife was also wounded in the attack.

The IDF blog reports that Awad, a member of Hamas, was indicted today and will stand trial for the murder.

I wrote about Mizrachi’s murder here:

It still isn’t clear whether Baruch Mizrachi, a man who had devoted his life to protecting the Jewish people in their land, was targeted because of his job, or simply murdered because he was a Jew. It doesn’t matter. The question is, when is enough enough? When does the State of Israel decide that the Palestinian Arabs are a hostile enemy and start treating them as such (my guess is that the people of Israel already understand this)?

It’s not surprising that some of those released as ransom for Shalit continued on the path of murder. They were treated like heroes on their return: 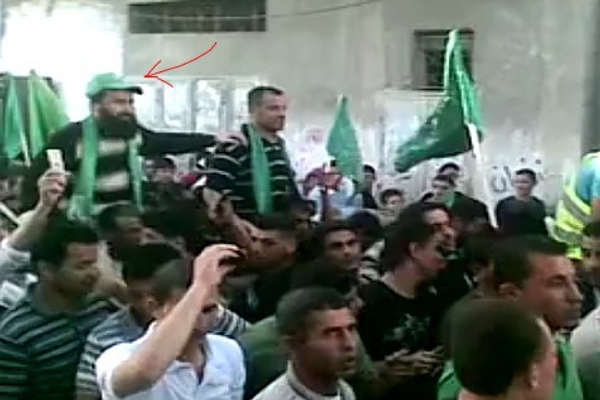 Last week, I argued that the tactic of kidnapping Israelis and holding them as bargaining chips to force the release of prisoners has removed all of the deterrent effect of imprisonment as a penalty for terrorism. Further, I said, it encourages terrorists to kidnap Israelis, especially children.

The solution to both problems is the application of the death penalty for murder committed as an act of terrorism. Israel does not have a death penalty for ordinary murder (if there can be such a thing), but I believe that the genocide statute that was used to hang Adolf Eichmann also fits Palestinian terrorism perfectly.

Ziad Awad was originally imprisoned for murdering Palestinians that he suspected of “collaborating” with Israel. Had he received the death penalty for those crimes, Baruch Mizrachi would be alive today. Unfortunately, this is likely only part of the ultimate price of the Shalit deal.

This is a perfect case in which to establish a precedent. If Awad is convicted, he should become the first terrorist murderer to be executed for his crime.

Perhaps his example will finally shut the revolving door for these despicable criminals.

2 Responses to Shut the revolving door for terrorist murderers