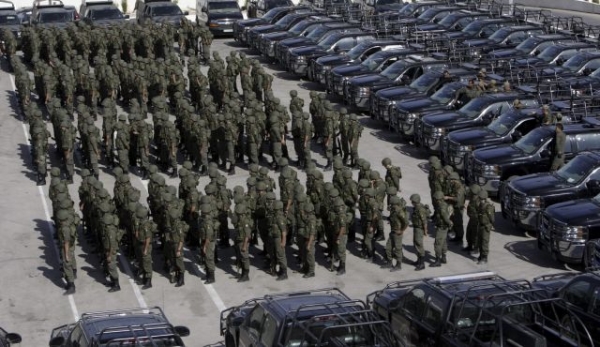 ‘Technocratic’ is a great word. It suggest a government of people interested in economics, sanitation, education, etc., and not in launching rockets, kidnapping soldiers, or stuffing explosives into tunnels underneath the border. The classic technocrat is former PA Prime Minister Salam Fayyad, who proved too technocratic (read: opposed to corruption) even for Abbas. Somehow I’m not optimistic about finding many technocrats in either Fatah or Hamas.

Abbas claims that the policies of the new government will be the existing policies of the PA, which ostensibly include nonviolence, recognition of Israel, and adherence to prior agreements (please don’t laugh too loudly). Hamas explicitly rejects these conditions, and plans to retain its weapons and continue its “resistance.” Apparently the EU is satisfied with Abbas’ assurances and will continue supporting the PA.

What about the US? The Consolidated Appropriations Act of 2012 says that

None of the funds appropriated in titles III through VI of this Act may be obligated for salaries of personnel of the Palestinian Authority located in Gaza or may be obligated or expended for assistance to Hamas or any entity effectively controlled by Hamas, any power-sharing government of which Hamas is a member, or that results from an agreement with Hamas and over which Hamas exercises undue influence.

That would seem to mean that the US will have to stop sending US taxpayer money to the Palestinian Authority (PA) as soon as the unity government is established. This is strong, aggressive language, which probably gave some members of Congress and their constituents a warm feeling when it was passed.

But the law also contains a presidential waiver clause. The President can suspend the requirement for 6 months at a time  if he thinks US national security requires it. Unlike the waiver clause in the Jerusalem Embassy act of 1995, which can be renewed indefinitely (and so far, has been), this one can’t be renewed after 12 months. So theoretically, unless Hamas turns into a bunny rabbit, the US will have to stop funding the PA, training its ‘security’ forces, etc. in at most a year.

The PA manages to absorb every dollar and euro it gets, while still barely managing to stave off insurrection. It would not survive without US aid.

Given the attitudes of the present administration, I can’t imagine that the it will let the PA, in which it has invested so much — both financially and in policy — fall. So I predict that unless something very disruptive (like a war with Israel) happens, a way will be found to continue aid past the deadline, despite the partnership with Hamas.

Which brings up the most surreal aspect of all this. Since 2005, the US has provided training and equipment for the PA ‘security’ forces by means of the “United States Security Coordinator for Israel and the Palestinian Authority (USSC),” a post held by Gen. Keith Dayton, Lt. Gen. Michael Moeller, and now Vice Adm. Paul J. Bushong.

In essence, the US is operating a military mission to the PA to build it an army. The rationale is that it needs one to “combat terrorism,” which until now has meant to keep Hamas from overthrowing the Fatah-dominated PA.

Now, however, Hamas will not need to employ the tactics of its 2007 coup in Gaza, when it shot Fatah supporters in the knees and pushed them off tall buildings (yes, if you are wondering, there are still some hard feelings in Fatah over this). It can proceed more or less peacefully and even democratically to take over the PA by winning elections.

So does the PA still need an army? Will the US keep training its soldiers and equipping it?

Who, after all, would they fight with it?