Posted on February 16, 2016 by Victor Rosenthal

Thanks to Facebook’s ‘memories’ feature, I was reminded of this post from four years ago. I liked it so much I am re-running it. No need to change a word. 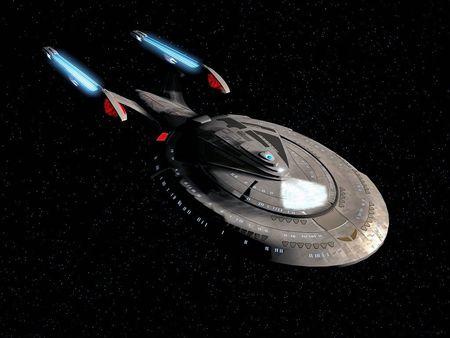 Perhaps one day, the Jews of the world will finally become fed up. Maybe they will build an enormous spaceship and take their arguments to another planet (we know Jews are smart, so they could do this).

What would happen on that planet might be interesting, but I won’t speculate, although it’s tempting to wonder what a Jewish planet would be like. Like Israel without the foreign workers,  terrorism and reserve duty?

I’m more interested in what the Earth would be like. Imagine a Middle East without Jews (the Iranian regime does this all the time). Pity the ‘Palestinians’, whose culture would suddenly lose its raison d’être. After a few days of enjoying the nice cars and buildings the Jews left behind, they would have to create a real identity for themselves.

Suddenly there would be very little interest in supporting the ‘refugees’. Who would care about them? Not the Arab countries, who treat them like garbage now. I expect there would be fighting between various factions, some Islamist and some secular. Hizballah would take control of the North, Hamas the South, and Fatah the East. The UN would feed them, at least for a while. Turkey, Egypt, Iran, Saudi Arabia, etc. would each supply its favored faction with weapons, and they would fight until most of the land was swallowed up by its neighbors or under control of various militias.

The former Israeli Arabs, used to a degree of civilization and lacking the pent-up viciousness of the militias, would be out of luck. Their property would soon be stolen or requisitioned by the militias. The US President would make a speech about promoting democracy in the region, and would pick a faction to support, one that could talk the talk, but real power would come from the barrels of guns. It would soon look a lot like Libya, but worse.

The disaster would be blamed on the Jews, but there would be little satisfaction from this, since there would be no way to punish them. Mearsheimer and Walt would have to get real jobs. Many academics would have to find new causes, but none would be as emotionally fulfilling. Certain industries and cities in the US would be decimated; it would be an immediate disaster for the US economy, although it would recover. Europe, where there were fewer Jews, would continue to commit cultural suicide as before.

Without Israel, the Muslim states, sects and militias would concentrate on expanding their power at each others’ expense. Ultimately a few groups would achieve dominance and viciously suppress the others.

In 50 years, the Middle East, parts of what is now Russia, and most of Europe would be divided into Turkish, Pakistani and Iranian spheres of influence, perhaps even empires. All would be Islamist.

The US, still independent, would little by little develop a different culture without the Jewish influence (and under pressure of endemic terrorism). Many Americans would find order more important than preservation of individual rights. The particularly Jewish strains of non-coercive liberalism on the one hand and libertarianism on the other would die out, being replaced on the Left by an oppressive Soviet-style communism and on the Right by Fascism.

There would still be Nobel prizes, but they would all be awarded to Muslims. Criticism of Islam would be forbidden in Europe, of course, and Shari’a would be the law of the land in many countries. The number of Christians would decline sharply everywhere. In Europe  Christians would live as dhimmis. In the US, many would convert to Islam, but there would remain a strong Christian presence, including militant groups hostile to Muslims.

Scientific progress in many areas would have been interrupted by the loss of so many scientists. Medical science, in particular, would suffer a severe blow. Epidemics of new illnesses caused by drug-resistant pathogens and biological agents released in the Mideast wars would ravage the world; the Jewish doctors and scientists who would have developed answers to them would be busy somewhere else.

Literature, art and science that was seen as challenging to Islam would be suppressed in much of the world. In the US, it would be ‘controversial’. Books and works of art created by Jews would be destroyed where radical Islam was ascendant.

In the immortal words of Thomas Hobbes, life on earth would again be “nasty, brutish and short.”

This entry was posted in The Jewish people. Bookmark the permalink.