How not to make political friends

Posted on December 22, 2015 by Victor Rosenthal 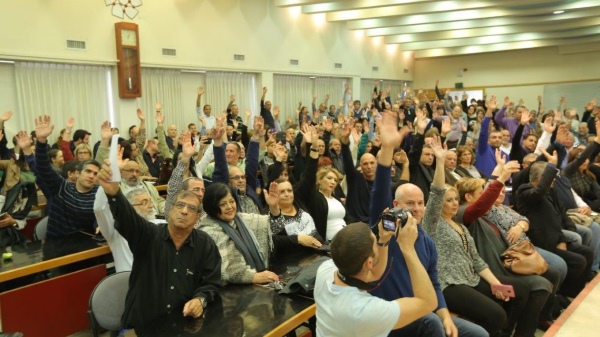 This week, Yitzhak Herzog, the leader of Israel’s Labor Party (now euphemistically known as the ‘Zionist Union’) announced that the time had come for a change in government and he was preparing his party for elections in 2016.

Most Israelis had more than enough of the political campaigning that precedes an election as well as the paralysis that characterizes the coalition-forming period that follows one in the days surrounding the election in February of this year.

But Herzog, having lost that one, is anxious for a rematch. Perhaps he wants it to happen before Obama leaves office, so that he can count on help from across the pond. The mostly American-funded V15 organization, which carried on an “anyone but Bibi” campaign in the previous election has re-emerged with a new name (darkenu, “Our Way”), and will no doubt be ready to canvass potential voters again on his behalf.

Herzog and his Labor colleagues have always cast themselves as the champions of the ordinary Israeli, the less-advantaged socioeconomic groups, the people that struggle to finish the month; and they criticize Likud policies for increasing income inequality and favoring the elites.

But tomorrow, the Histadrut – the massive labor federation that is the heart and soul of Herzog’s party – has threatened a general strike.

That means that schools and preschools will be closed, buses and trains will not run, all government offices will be closed (including the National Insurance Institute which is responsible for Israel’s equivalent of Social Security, health insurance and welfare), the usual execrable postal service will be replaced with no service at all, government hospitals will be on strike, and Ben Gurion airport may be closed.

El Al has already cancelled flights because pilots are not showing up for work, and well-paid port workers are working half normal hours. In addition, Bezeq (the telephone and Internet company) will not be working.

Ironically, the sticking point is that the Finance Ministry wants to give lower-paid government workers a larger percentage increase than better-paid ones. But this is unacceptable to the union!

If the strike takes place, the Finance Minister with whom they are negotiating will not be particularly discomfited. But the average Israeli, who will be scrambling to find a child care solution and a way to get to work without public transit, who will not be able to transfer automobile registrations, whose medical procedures will be delayed, who will not receive various local government services or get the package that has been sitting in Customs for two weeks already – will suffer.

This is standard procedure for the Histadrut, whose reaction to resistance to its public-sector demands is always the same: punish the public, who have little or no control over the decision-making process.

The Histadrut is one of the vestiges of Israel’s socialist past, as are some of the government-operated businesses like the postal service, electric company, water company, railway system, arms industries, and the Ashdod and Haifa ports.

Some of these make money (Israel Aerospace Industries) and some (Israel Electric Corporation) don’t. Some provide good service (Israel Railways) and others (Israel Post) do not. But all of them, as well as the health-care systems and the educational system and many private businesses are hostages to the Histadrut.

Herzog and the ‘Zionist Union’ have no better solutions for issues of security and terrorism than the Likud, and their cozying up to the Obama Administration is scary. But when they ask for your vote on the grounds that they care about the welfare of the ordinary Israeli, ask them about the Histadrut.

Update [2050 IST]: Although it is still not known if there will be a strike, here is a list of public institutions that will be closed if the strike happens (courtesy Times of Israel):

I have no idea if this means that calling Magen David Adom for an ambulance will bring one or not. I doubt the electricity will be turned off, but nothing would surprise me.

Update [22 Dec 1010 IST]: An agreement was reached around midnight to avert the strike. Isn’t there a better way to do these things?

1 Response to How not to make political friends