We get it, Obama

Posted on October 4, 2015 by Victor Rosenthal 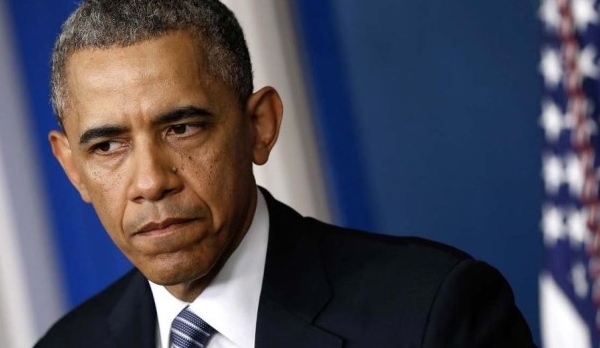 I was going to write about the way the US Ambassador to the UN, Samantha Power, was instructed to boycott PM Netanyahu’s speech, but Elliott Abrams beat me to it:

Think of how petty that instruction, which can only have come from the White House, really is. To sit in the seat and listen to Netanyahu isn’t endorsing his remarks, it is the politeness we owe an ally. Deliberate absence recalls the years in which dozens of delegations, Arab and “Third World,” would leave the chamber when any Israeli rose to speak. The Obama administration is still griping about diplomatic errors Netanyahu has made, but a refusal to have the U.S. ambassador listen to his speech is petty and damaging, hinting to anti-Israel delegations that the United States may be willing to let all sorts of anti-Israel measures go without opposition or criticism.

Secretary of State Kerry wasn’t there either. Supposedly he was called away to participate in a video conference with President Obama. Abrams went on to call it a “low point for seven years of Obama diplomacy.”

What strikes me is that there was absolutely nothing to be gained from this exercise. There’s no way Netanyahu can torpedo Obama’s Iran deal, there are presently no negotiations going on with the Palestinian Authority, and Netanyahu isn’t running for office. All it can do is make a statement that the President holds our PM, and therefore our nation, in contempt.

He made this gesture at a time when the Iranian regime almost daily announces that it intends to destroy Israel, and when the Arabs in Jerusalem and Judea/Samaria — incited to do so by PA President Mahmoud Abbas — have stepped up terrorism at all levels, from rock-throwing to stabbings, firebombs and shootings. Four Israelis were murdered this week and numerous others injured or terrified.

We get it, Obama. We get that you don’t like us for deep ideological reasons. We got it last summer when you took the wrong side during our conflict with Hamas in Gaza, and on so many other occasions since you became president. We get it that you want to see us with indefensible borders surrounded by enemies armed to the teeth by Iran with money that you provided as part of your nuclear deal.

We understand that your sympathies lie with the Muslim world, not with the ‘colonialist’ West, which you view as the root of evil in the world. We understand how your intellectual laziness and ignorance led you to accept the anti-Western post-colonial worldview overall and the ‘Palestinian’ narrative in particular. You heard it from your mentors Edward Said and Rashid Khalidi, among others, and you didn’t have the tools to distinguish fact from falsehood.

Actually, while this is a problem for us, it is a much bigger problem for the people of America, who are nervous about your apparent anti-Americanism and your uncomfortable closeness to Islam, who don’t trust Iran and don’t see how the deal you made is going to keep the terror-supporting regime from getting nuclear weapons.

But you don’t know how to play it smart. Maybe you could have fooled us at one point — you certainly fooled many Americans, and continue to fool the ones that have been seduced by the syrupy cult of personality that your sycophants have built around you. But stupid moves like this one give you away.

Israel doesn’t trust you. We know what you are. We are well acquainted — both the Jewish people and the leadership of the state of Israel — with those that despise us. We have a history of thousands of years of dealing with your kind. Unlike you, our PM has studied history, not just ideology. We know better than to accept your assurances or believe your promises.

Israel will take the steps it needs to take to protect herself despite your attempts to prevent her from doing so. And I hope that a future American president will strengthen the relationship between two peoples that love freedom and democracy that you have worked so hard to tear apart.

1 Response to We get it, Obama