Posted on October 3, 2015 by Victor Rosenthal 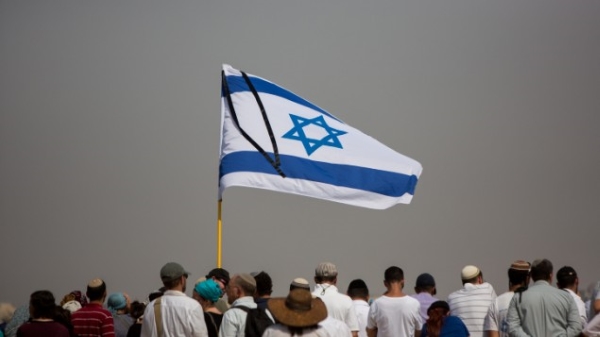 The other day Eitam and Na’ama Henkin were shot to death by Arab terrorists in front of four of their children, in Samaria not far from the place where five members of the Fogel family were brutally butchered in 2011.

The Henkins’ murderers haven’t been caught yet, but we know a lot about who they are. This is something we should talk about, because in a very real sense, many of you – Israelis, Americans and Europeans – are paying them.

“Credit” for the “operation” was claimed by the Al-Aqsa Martyrs’ Brigades (via Palestinian Media Watch):

“The Al-Aqsa Martyrs’ Brigades, the military wing of the Palestinian National Liberation Movement Fatah, accepted responsibility for the Itamar operation (i.e., murder of Eitam and Naama Henkin), carried out against settlers, leading to their deaths.”

So who are these creatures?

First, you need to understand that ‘Palestinian’ political groups have their own private armies. This probably sounds strange to you; it would be as if the US Republican Party had a militia that went around shooting people suspected of being Democrats and fighting with the Democrat militia. But that’s the way it has always been among the ‘Palestinians’.

The Al-Aqsa Brigades belong to Fatah, the party of Yasser Arafat, now led by Mahmoud Abbas. Fatah are the folks that brought us the Munich massacre and other bloody murders.

At the risk of confusing you, I have to bring in two other organizations: the PLO, an umbrella organization for ‘Palestinian’ groups, and the PA – Palestinian Authority – the official ‘government’ of the Arabs of Judea and Samaria.

In 1993-4, when the Israeli government made the historic mistake of signing the Oslo agreements, it agreed to recognize the PLO as the ‘representative of the Palestinian people’ and to establish the Palestinian Authority to temporarily govern the Arabs of the territories. Arafat was the first PA president. Since Arafat’s death in 2004, Abbas has been president, although his term expired in 2009.

The murderers of the Henkins belong to the private army that answers to Mahmoud Abbas. And Mahmoud Abbas’ PA receives about $400 million in aid from the US alone, as well as donations from the European Union and other countries. It gets money from the UN’s special Palestinian-only refugee agency, UNRWA, for ‘refugees’ living in Judea and Samaria. Many non-governmental agencies funnel cash into projects run by the PA. Israel collects customs duties for goods entering the country for use in the PA areas and transfers this money to the PA. The PA also has a massive debt to Israel for electricity.

The overall total comes to more than a billion dollars a year, leaving out the large sums that go to UNRWA facilities in Gaza, which is controlled by Hamas.

Much of the funding goes to ‘security forces’ whose job is – please don’t laugh too hard – to ‘fight terrorism’. Many of the ‘security officers’ moonlight in the Al-Aqsa Brigades. It’s a protection racket, except that we aren’t protected. I must also mention that with all the ‘security forces’ it has, the PA has to depend on the IDF to protect it from Hamas.

In addition, the PA maintains Arafat’s incitement and anti-Jewish indoctrination machine. Arguably the murder of the Henkins was a direct result of incitement by Abbas himself.

Periodically there are calls to cut funding to the PA because so much of the aid is stolen by corrupt officials and because the PA continues to pay salaries of terrorists in Israeli prisons. But it never happens, because it is argued that if the PA collapses, then unless Israel takes over, Hamas or even ISIS will come in – and that would be much worse.

Israel really, really doesn’t want to be responsible for the welfare of the Arabs of Judea and Samaria, and that’s understandable. In a real sense, the PA areas aren’t presently ‘occupied’ by Israel, despite what the Arabs claim. And both sides like it that way.

I think we have to call the PLO’s bluff. Disband or destroy the private armies, remove the most corrupt officials (starting with Abbas), and cut aid by the amount that is being paid to prisoners. Force them to end the incitement. Will the PA dissolve itself and invite Hamas to take over – and incidentally, settle scores with the families that have supported the PLO/PA?

I don’t think so. I think self-preservation will prevent that. We won’t get a Zionist PA, but at least we can have a somewhat less murderous one.