The war against the Jewish people and their state is being fought in military, diplomatic and information theaters. In the information battles, the ammunition used against us is lies.

Sometimes they are big, reality-inverting ones, such as the lie that Israel is a colonial power oppressing ‘indigenous Palestinians’, when the truth is that the Jewish people are indigenous to the land of Israel and have a moral and legal right to it. Sometimes they are medium sized ones, repeated over and over until they are believed, such as the statement that “settlements are illegal under international law.” And sometimes they are little ones, a flood of many little lies meant to demonize us and create sympathy for our enemies. 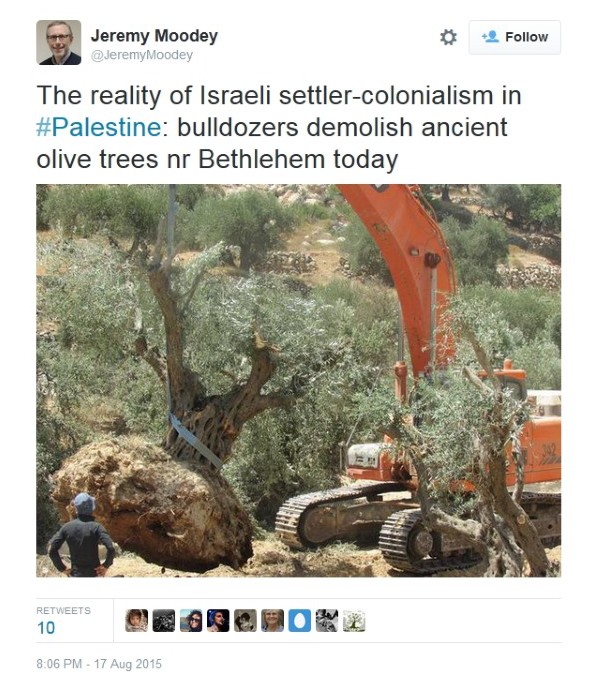 Olive trees are a favorite metaphor for reality-inversion. It is suggested that ‘Palestinians’ belong to the land like hundred-year old trees, and evil Jewish ‘settlers’ commit genocide against them just as they do against the deeply-rooted ‘Palestinian people’. Never mind that both the invaders and genocide fans – not to mention the environmental destroyers – here are Arabs, not Jews.

But this is not an example of arboreal genocide. If you look at the picture you will see that the tree has been pruned and the root ball carefully preserved. Getting the tree out with the root ball intact is a big job, requiring both manual digging and heavy equipment. If you wanted to destroy an olive tree you could just take a chain saw to it.

No, what is happening here is that the tree is being transplanted. Here is a picture of the same thing taken from the website of a California company that specializes in transplanting mature olive trees: 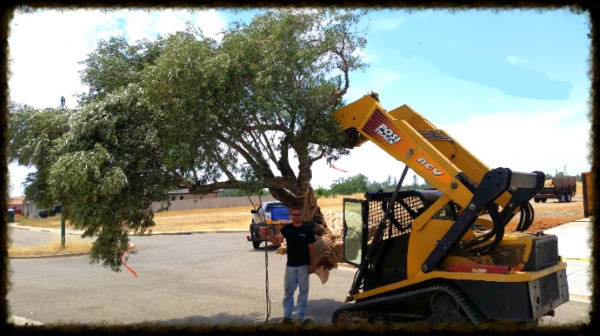 Almost every year a similar lie makes the rounds, about destroying trees. Here is a picture that is supposed to show an olive tree that had been mutilated by ‘settlers’: 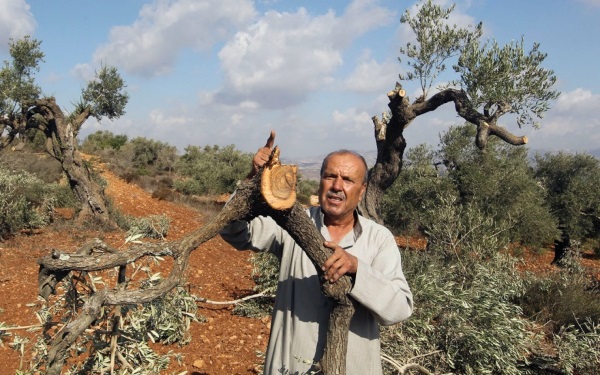 Funny how neatly it was cut, carefully leaving some shoots. And here is one, in Greece, that was just pruned, as is usually done once a year as part of the routine cultivation of olive trees: 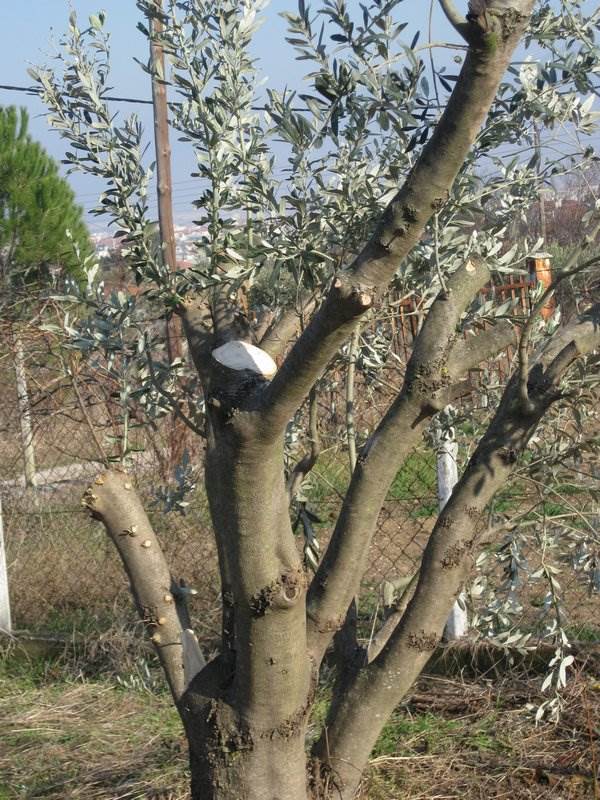 Does this look similar?

The surprising thing is how often all of these lies, from the biggest to the smallest, are uncritically repeated by our own people, Jews and Israelis. Why are they prepared to believe the worst about themselves, often on flimsy, contradictory or nonexistent evidence?

This entry was posted in Information war, Israel and Palestinian Arabs. Bookmark the permalink.