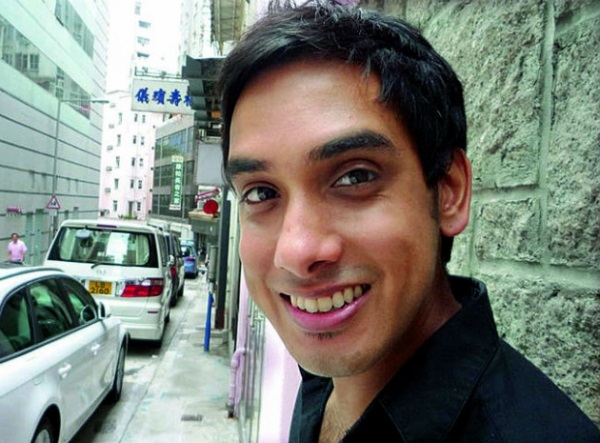 The usual suspects have been pulling out all of the stops to attack Israel’s new Justice Minister, MK Ayelet Shaked. Shaked has been called a racist, accused of inciting genocide, even compared to Hitler. Until recently, this kind of verbal excrement has been confined to marginal outlets like that running sewer of Jew-hatred, the Mondoweiss blog (you can google it if you wish; I don’t provide links to running sewers). But now, amidst the overall degradation of discourse about Israel and Jews, it even appears in the Washington Post.

The sewage is recycled by Post writer Ishaan Tharoor, who does link to Mondoweiss and regurgitates the slander that he finds there:

In July [2014], in a controversial post on Facebook, the then-member of the Knesset posted the text of an article by the late Israeli writer Uri Elitzur that referred to Palestinian children as “little snakes” and appeared to justify the mass punishment of Palestinians living under Israeli occupation….

Even if these aren’t Shaked’s own words, the sentiment is noteworthy, and it reflects what critics say is the Israeli nationalist right’s widespread intolerance of the Arabs in their midst, who make up one-fifth of the Israeli population.

Shaked’s Facebook post was selectively quoted at the time by a writer named Gideon Resnick, and pushed to go viral in the left-wing blogosphere by Ali Abunimah of “Electronic Intifada.” Shaked responded,

Let’s start with my July 1 Facebook post. It was written some 12 years ago, but never published, by a dear man, the recently departed journalist Uri Elitzur. The gist of his article was that once one side in a war attacks the other side’s civilians, they can no longer morally claim a special status for their own civilians.

Go ahead, ask a Hebrew speaking friend to translate it for you, they’ll confirm this is what my Facebook post [here, in Hebrew, see update below for English] was about. But you’ll find not a trace of that in Resnick’s account. Perhaps it’s his own ignorance of the Hebrew language. After all, he got the text from Electronic Intifada, a website dedicated to daily and hourly vilification of my country.

All Resnick had to do to make Elitzur’s sober, legally minded discussion sound like a speech made by Hitler himself, was to cherry pick words out of context. A call for the indiscriminate killing of children is a terrible thing. But what if the statement was that any time you attack our children, you’re exposing your own people to the same fate? Still unsettling, but rational when you consider their civilian population is actively supporting and participating in their war and terror efforts. It’s not a call for indiscriminate murder.

That’s it. She didn’t write the text in question, and it doesn’t call for genocide. Even in Mondoweiss’ translation, it’s clear that the “little snakes” referred to are terrorists, not Arab children. Now that she is about to take an important post, the story is making the rounds again.

This isn’t so much about Ayelet Shaked, who can and will defend herself. It is more about the Washington Post, supposedly a serious newspaper, which paid a hack journalist to write a hit piece based entirely on material taken from what another Post contributor, David Bernstein, persuasively argues is a “hate site.”

Ishaan Tharoor’s technique of expressing his political prejudices is to link to anti-Israel articles with phrases like “some would call [her views] extremist,” or “some have likened [Naftali Bennett’s plan for Palestinian autonomy] to the bantustans of apartheid-era South Africa.” This enables him to write a massively biased piece without taking ownership of his bias.

There is no sign in the Post article that he made any attempt to contact Shaked, or indeed anyone connected with her. In fact, just about everything in his piece can be found in the Mondoweiss article he references. This is barely blogging, much less journalism.

Tharoor, a Yale graduate and the son of prominent Indian politician and writer Shashi Tharoor and NYU Humanities professor Tilottama Mukherji, seems to have led a charmed life as a journalist, with writing positions at Time and the Washington Post. Many actual journalists would kill for such jobs.

But here’s the best part, from an Indian publication:

However, [Tharoor] is frustrated about the sloppy writing and poor ethical standards in the English-language media in India. He also fears the mainstream private media in the country is picking up the same sensationalist, somewhat vacuous tricks of their counterparts in the US. [my emphasis]

I suppose it takes one to know one.

Update [10-May-0922 IDT]: I originally called the Mondoweiss translation ‘tendentious’. I have removed the word; I carefully read the original Hebrew text and can compliment the translator on her accuracy. I translated the last two paragraphs that did not appear in the Mondoweiss version myself. Here is the whole thing, with the part about the “snakes” emphasized. Read it and draw your own conclusions:

I don’t know why it’s so hard for us to define reality with the simple words that language puts at our disposal. Why do we have to make up a new name for the war every other week, just to avoid calling it by its name. What’s so horrifying about understanding that the entire Palestinian people is the enemy? Every war is between two peoples, and in every war the people who started the war, that whole people, is the enemy. A declaration of war is not a war crime. Responding with war certainly is not. Nor is the use of the word “war”, nor a clear definition who the enemy is. Au contraire: the morality of war (yes, there is such a thing) is founded on the assumption that there are wars in this world, and that war is not the normal state of things, and that in wars the enemy is usually an entire people, including its elderly and its women, its cities and its villages, its property and its infrastructure.

And the morality of war knows that it is not possible to refrain from hurting enemy civilians. It does not condemn the British air force, which bombed and totally destroyed the German city of Dresden, or the US planes that destroyed the cities of Poland and wrecked half of Budapest, places whose wretched residents had never done a thing to America, but which had to be destroyed in order to win the war against evil. The morals of war do not require that Russia be brought to trial, though it bombs and destroys towns and neighborhoods in Chechnya. It does not denounce the UN Peacekeeping Forces for killing hundreds of civilians in Angola, nor the NATO forces who bombed Milosevic’s Belgrade, a city with a million civilians, elderly, babies, women, and children. The morals of war accept as correct in principle, not only politically, what America has done in Afghanistan, including the massive bombing of populated places, including the creation of a refugee stream of hundreds of thousands of people who escaped the horrors of war, for thousands of whom there is no home to return to.

And in our war this is sevenfold more correct, because the enemy soldiers hide out among the population, and it is only through its support that they can fight. Behind every terrorist stand dozens of men and women, without whom he could not engage in terrorism. Actors in the war are those who incite in mosques, who write the murderous curricula for schools, who give shelter, who provide vehicles, and all those who honor and give them their moral support. They are all enemy combatants, and their blood shall be on all their heads. Now this also includes the mothers of the martyrs, who send them to hell with flowers and kisses. They should follow their sons, nothing would be more just. They should go, as should the physical homes in which they raised the snakes. Otherwise, more little snakes will be raised there.

This week there are celebrations of mourning and honor in two homes of two suicide murderers. I suppose that they set up mourning tents, and all the notables of the city are coming to honor the mother and father that raised the devil. Those two homes should be bombed from the air, to destroy and to kill. And it should be announced that from now on we will do the same to every house of every martyr. Nothing is more just than this, and it appears that nothing is more efficient than this. Every suicide [bomber] should know that he also takes with him his parents, his house, and some of his neighbors. Every Umm Jihad [the nickname of a woman that raised several suicide bombers; literally “mother of jihad”] heroine that sends her son to hell should know that she goes with him. Together with the house and everything in it.

Killings can’t be targeted. That’s how it is in war. What is targeted doesn’t kill and what kills isn’t targeted
[מה שממוקד לא מסכל ומה שמסכל לא ממוקד]. We didn’t start this hateful war and we can’t end it. The keys to a ceasefire are in the hands of the Palestinian people. We can only scorch their fingers until they want to use them.

The meaning ought to be clear to anyone who can read either English or Hebrew. This is not a call for genocide, it is a realistic assessment of the ugly nature of war. In particular, the “snakes” he refers to are suicide bombers. He does not call for the murder of children; rather he proposes to deter the parents from making their children into murderers.

Ayelet Shaked (Bayit Yehudi) has been assigned a full-time security detail and armed guards, by the Knesset security department, after incitement and threats by Israeli leftists were posted on social media, according to Galei Tzahal.

This entry was posted in Israeli Politics, Media. Bookmark the permalink.

2 Responses to The Washington Post sinks to Mondoweiss level (updated)