Coalition agreement with Haredim includes too many concessions 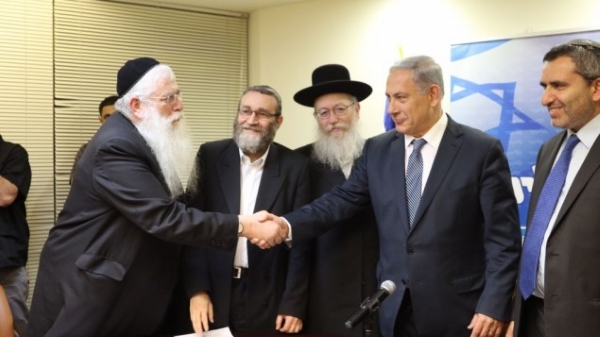 I have great respect for those Jews who are more observant than I am. I made my personal decision about the degree of observance that is right for me, and for some that makes me an apikoros. But they have their way and I think I’m old enough to choose mine.

Unfortunately, I find it necessary today to criticize the political expression of some of the more observant members of the Israeli Jewish community. Our broken electoral system, favors those who hold the balance of power in coalition negotiations. As a result, a small party can demand and get concessions that are more than minority rights — they become impositions on the will of the majority, sometimes to the real detriment of the nation.

The United Torah Judaism party, the “Ashkenazi Haredi” party, received 5.03% of the vote in the recent election and won 6 out of 120 seats in the Knesset. Yet they will have the chairmanship of the Knesset Finance Committee and the Science and Space Committee, control of the Ministry of Health, and a deputy Minister of Education. In addition, they demanded and got several very significant commitments from Netanyahu:

The coalition agreement states that the law will be amended so that the defense minister will have the authority to establish enlistment targets from the haredi sector, and that no sanctions will be imposed on any haredi yeshiva student who does not perform military service.

Funding for ultra-Orthodox schools is to be unaffected regardless of whether they teach the required hours of core curriculum topics, and legislation is to be enacted guaranteeing this status.

The agreement stipulates that the government will restore National Insurance Institute child allotments to their 2012 levels.

… The Conversion Reform Law passed by government order last year is to be amended to preclude its central reform, allowing municipal chief rabbis to establish their own conversion courts…

And the agreement includes a stipulation that no legislation is to be passed that changes the so-called status quo on religion and state, effectively meaning that no reforms to issues of religion and state would be possible in the next government.

Most of this is not good for either the State of Israel or the Haredim, who are isolated from mainstream Jewish Israeli society and will continue to be so if they do not serve in the army or study ‘secular’ subjects (for example, mathematics) in school.

There is also tolerance of extremist, even violent, behavior toward those from their community who do serve in the army. In addition, their increasingly extreme and demeaning attitudes toward women are inconsistent with a modern democracy.

Haredim do not have a monopoly on morality nor do they have a right to define Judaism for the Jewish world. It is not anti-Jewish to say that they, too, should try to understand and accept those who are less observant, and shoulder more of the burden of defending the state that makes it possible for them to live the kind of lives that they value.

What were Netanyahu’s alternatives? The only one I see would have been a unity government with the ‘Zionist Union’, and that, too, would have been a slap in the face to the will of the majority of the electorate.

The real solution is a change in the electoral system so that small parties do not have the ability to extort big concessions.

3 Responses to Coalition agreement with Haredim includes too many concessions