Posted on September 3, 2014 by Victor Rosenthal 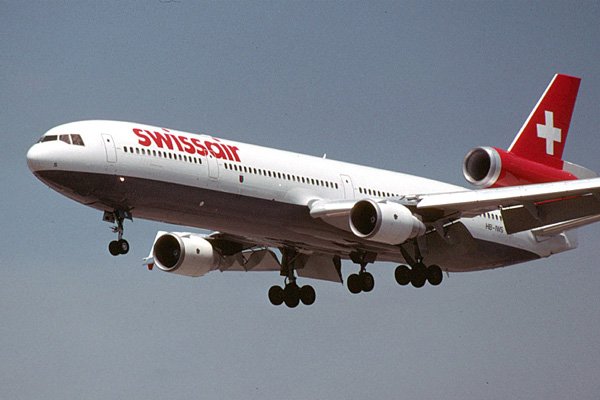 Rogel Alpher has had it with Israel. Let’s buy him a ticket!

Veteran Israeli journalist and media personality Rogel Alpher published a piece in Ha’aretz a few days ago explaining why he no longer feels that he belongs here. Please read it all — it’s short — because it’s a perfect representation of post-Zionism. Here is a sample:

Like every cosmopolitan person, strictly secular and with a universalist worldview, well-steeped in the global culture and speaking fluent English, I can have many other homes. There are quite a few countries where I could settle, make a living and feel comfortable. Like anyone who believes strongly that he lives only once and has a right to fulfill his personal desires and flourish with a minimum of sacrifice required for the country where he pays taxes and receives educational, welfare and other services, it is clear to me that Israel offers me a bum deal and there are far better deals out there in the world. Like any parents who believe that their children have no patriotic duty toward the Israel of today, and they do not need to risk their lives or die serving it, I have no doubt that I am doing them wrong by raising them here.

At first I thought that I was reading a work of satire. Now, I thought, he is going to say something about the intangible spiritual benefits of living in the Jewish state, or the importance of preserving the Jewish people, something that demands the sacrifices required to keep a Jewish state.

But no, he is serious! Alpher really does place his “right to fulfill his personal desires” first:

My fate and the fate of my children will be determined here by people who have a God whom they talk to and in whose name they act. I think they are crazy. …

If you identify with me you will certainly admit that you will encourage your children to seek their future elsewhere in the world, for the sake of their personal security, psychological and economic wellbeing. Israel is not worth the price it is exacting from us. There is a nationalist-religious-ultra-Orthodox majority, and our lifestyle will not survive in our homeland. We have a much better chance of maintaining it elsewhere. That’s the truth.

His main concern — apart from his visceral dislike of tacky religious people — seems to be that the majority here opposes the creation of a Palestinian state, which he sees as the only alternative to the “hell” of  a binational state.

This is the well-worn ‘demographic argument’ of the Left, and it ignores the fact that the fantastic ‘solution’ they propose to the demographic issues inherent in keeping the territories is equivalent to suicide. The majority that he so despises understands the security consequences of giving up the high ground that overlooks Israel’s population centers and the Jordan Valley that is the only natural barrier to invasion from the east, regardless of their religious views. They understand that the various technical solutions proposed are just window-dressing. They know a Palestinian state to the east would be another Gaza, or worse — much worse.

But I think the political argument is an excuse. I think that Alpher is tired of reserve duty, tired of sending his kids to the army and worrying about them, and — most of all — embarrassed to be associated with a country that isn’t of, by and for sheer hedonism and materialism.

I think he belongs in Europe, perhaps Switzerland (there’s way too much religion in the US). Switzerland has a draft, but their army never has to fight anyone, so his kids will be safe. And who understands materialism better than the Swiss? No “bum deal” there!

They must be very happy with their deal, because — oops — the fertility rate in Switzerland is about 1.55 children per woman, a rate that will soon see the Swiss extinct. Among Israeli Jews it is about 3.0  (if you exclude Haredim, it’s still in high 2’s). This is by far the highest in the OECD (34 developed and democratic nations), whose average is only 1.7.

Why is this so? Could it be that the very characteristics of Israel that Alpher dislikes — the prevalence of religion, and the existence of a reason for being other than the gratification of personal desires — make it a place that people want to bring children into?