Moving to Israel for moral clarity 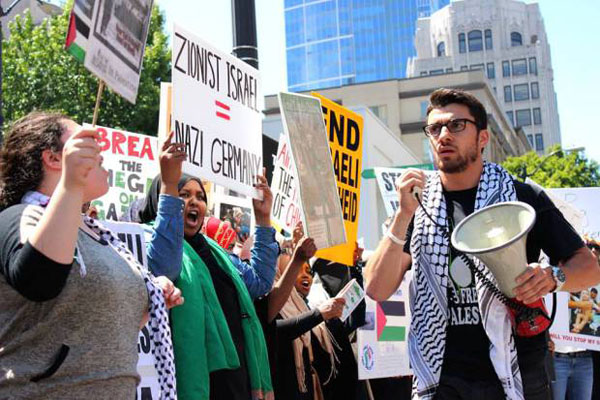 As you can see from the counter at the top right of this page (right under the Abu Yehuda logo), I will be returning to live in Israel in a few days, after 26 years in California. A few weeks ago, when it wasn’t clear that the Iron Dome system would work as well as it has, I was hearing remarks like “hmm, is this a good time?” or “don’t forget to duck.” But these have stopped. Now what I hear are comparative casualty numbers, and suggestions that maybe Israel is going a bit too far, and maybe Israel should try harder to fight a war without hurting anybody.

Before I continue, because I really do want to talk about moving back to Israel, here are a few things to keep in mind about the unequal casualty figures:

1. Palestinian numbers come from Palestinian sources beholden to Hamas, and are wildly exaggerated.
2. Hamas counts every Palestinian as a civilian and anyone less than about age 20 as a ‘child’.
3. Analysis based on lists of names from Palestinian sources, information about funerals, from Facebook pages, etc., shows that about half of them are probably combatants. This is supported by age and sex distributions (most casualties are males of fighting age, despite the fact that half of all Gazans are women and 34% of them are under the age of 15).
4. Hamas does its best to prevent Gaza residents from obeying IDF warnings to leave areas that will be bombed. This is a war crime.
5. The tunnels and fortifications that Hamas has built are used to shelter fighters, rockets and weapons — not civilians.
6. Israel has spent billions on a missile defense system and shelters for its people. Hamas has spent zero and deliberately launches rockets and fires mortars from places where civilians, especially children, are found (another war crime).
7. Many Hamas rockets fall short or misfire, causing deaths and destruction in Gaza.
8. A ratio of 1 civilian to 1 combatant casualty in close urban warfare is equal to or superior than the record of other Western armies, including NATO and the US in recent wars.

So I am tired of hearing about the ‘genocidal’ behavior of the IDF for which these numbers are supposedly evidence. They are not — they actually point to the very great care that the IDF is taking to protect innocents while fighting a defensive war that it had no choice but to fight.

I am sick of reading this ugly lie in letters to the editor, hearing it implied if not made explicit in news reports. I am disgusted by the anti-Israel demonstrations that veer into Jew-hatred that is supposedly justified by Israel’s ‘brutality’ and ‘disproportionate’ actions.

And I am beyond exasperation when it is announced that our President is “increasingly concerned” by the number of “innocent Gazans” hurt, and — as always — wants to stop the fighting before Israel wins a decisive victory.

In all this, what has been forgotten is the massive rocket barrage that Israel is parrying at great cost, a barrage aimed at civilian towns and cities (you guessed it: a war crime), not to mention the fact that Hamas started the war, rejecting or breaking 4 or 5 ceasefires along the way.

You can understand why, for example, groups like Students for Justice in Palestine don’t give these facts much play. But one would hope that the White House and the State Department might get it; and sadly, they don’t (see here and here).

And therefore in addition to my desire to live in Israel where most of my children and grandchildren live, where it’s possible to feel comfortable as a Jew in so many ways, and where Jewish holidays are national holidays, there’s the moral clarity of knowing that my nation is on the right side in the struggle for civilization against barbarism. There is the feeling that my Prime Minister, who is less than perfect in many ways, can at least tell the difference between good and evil.

Maybe it’s easier to see from Jerusalem than from Washington.

This entry was posted in Jew Hatred, US-Israel Relations, War. Bookmark the permalink.

3 Responses to Moving to Israel for moral clarity