A prescription for moral nausea 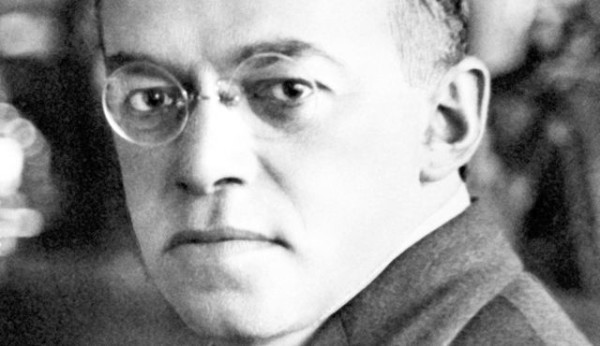 We were not created in order to teach morals and manners to our enemies. Let them learn these things for themselves before they establish relations with us. We want to hit back at anybody who harms us. Whoever does not repay a blow by a blow is also incapable of repaying a good deed in kind. Only someone who can hate his enemies can be a faithful friend to those who love him. — Ze’ev Jabotinsky

I received this article this morning, from that bastion of Zionism, the Union for Reform Judaism. The author is Marc Rosenstein, a Reform rabbi and former American living in a Galilee moshav. He often writes about the nuances of Jewish-Arab relations and apparently believes that the conflict is driven by ‘extremists on both sides’. I think this time his moral obtuseness has pushed me over the edge:

I cannot watch without nausea the stern-faced generals solemnly assuring us “we will stop at nothing to bring the boys home” (when they already knew they were dead), or that “we will teach Hamas a lesson they will never forget” (when, based on all our past efforts at such pedagogy, it is clear that Hamas is learning-disabled, or we are poor teachers).  Anger – at leaders on both sides who have failed all of us, whose calculations of what is best for their people are too esoteric, I guess, for us ordinary citizens to understand; I certainly don’t get it.  At the same time, I am frustrated by the fact that if I were in their place, I’m not sure what I would do; the rights and wrongs are tangled and blurry; the challenge of presenting a positive vision that would harmonize all needs and interests is huge.  On the other hand, to present no positive vision at all seems to me to be a failure of leadership.

Rosenstein has made a shockingly ugly accusation. They did not “already know” the boys were dead. There certainly was evidence that something terrible had happened in that car, but would it not have been far worse to announce that they were dead and stop looking so hard, if in fact even one of the boys were still alive? And even if they were dead, was it not important to bring their bodies home, out of the hands of those ghouls?

Hamas doesn’t need a lesson. It needs to have its rockets and tunnels taken away, and its leaders need to be dead. Right and wrong are not “tangled and blurry” at all — there is a clear moral issue here, which is that Hamas is flat-out evil, and in its zeal to kill as many Jews as possible, is also causing the deaths of Palestinians, some of whom are entirely innocent. Read the Hamas Covenant. This isn’t hard for an “ordinary citizen” like me to understand, so why is it for Rosenstein?

He expresses “anger — at leaders on both sides who have failed us,” I presume because they haven’t signed an agreement to surrender Judea and Samaria to the PLO. The most charitable way I can respond is to say that intransigent Arab leaders have saved us from stupid Jewish leaders with delusions of moral superiority (like Rosenstein) who were literally begging to be scammed into surrendering the security of all Israelis.

I avoid as much as possible reading the dialogue of the deaf that apparently fills the cybersphere, both in Israel and in America, because its participants insist on wallowing in the discourse of competitive victimhood which has gotten us to the mess we’re in.  The other side is the great satan and we are innocent victims who are obviously in no way responsible for any of the terrible things that are happening to us.  So we can do nothing.  “He made me do it” was the way my eighth grade students used to put it.

“Wallowing in the discourse of competitive victimhood.” I bet he thinks that is such a great line! But the whole idea is not to be a victim, to defend oneself and to deter one’s enemies. Jabotinsky, Begin, and Ben-Gurion all understood this simple point. Today’s post-Zionist Left, who are in fact the ones who have “gotten us to the mess we’re in”  by way of Oslo, apparently does not.

Why does he find it so hard to accept that “the other side” is fully responsible for its murderous actions? In precisely what way are we responsible? What options for compromise do we have short of surrender? Of course I know that there are innocent Palestinians caught in the crossfire, even children, even babies. So would it be better if we allowed innocent Jewish children to be murdered in their place?

This is choice we have, between killing them or letting them kill us. Yes it’s a very rotten situation, what the psychologists call a ‘double bind’, something that is hard for anyone to bear. But suicide is not an acceptable solution.

Here’s the real cause of Rosenstein’s nausea: it’s called the Oslo Syndrome: the disorder characterized by responding to enemies who hate and want to kill you by coming to believe that maybe they have a point, by believing that you have the power to defuse anti-Jewish hatred by being better.

You don’t. They hate you and want to kill you because that is how they are. Stop thinking that you can make them like you, and start defending yourself.

Rosenstein can be cured. He should take two doses of Jabotinsky and call me in the morning.

This entry was posted in Post-Zionism, War, Zionism. Bookmark the permalink.

1 Response to A prescription for moral nausea