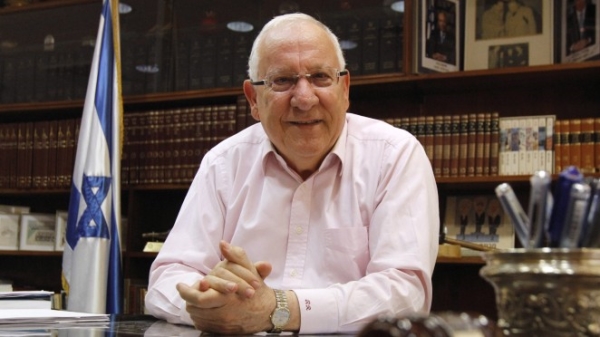 Reuven Rivlin, newly elected President of the State of Israel

Reuven ‘Ruby’ Rivlin has been elected President of Israel, and it warms my heart to see an admirer of Jabotinsky replace the dangerous Shimon Peres, about whom the best I can say is “at least he’s not a convicted rapist.”

But rather than dump on Peres, to whom I wish a peaceful (and quiet) retirement, I want to use this opportunity to go after another of my favorite targets: the remarkable arrogance of the American Reform movement, which, despite its total ignorance of Israeli security issues, politics and culture, thinks that it has the right to dictate to Israel in every sphere, from its relationship to the Palestinians to the behavior of women at the Kotel.

Rabbi Eric Yoffie, the former President of the Union for Reform Judaism, has a problem with Rivlin, which he expressed last week in an article for Ha’aretz:

I have a question for Knesset member Reuven “Ruby” Rivlin: If he is elected president of the State of Israel, will he address Reform rabbis by the title “rabbi”?

I ask this question now, because I have asked it before, to no avail. In 2007, I was the leader of the North American Reform Judaism movement. Rivlin had announced his intention to run against Shimon Peres for president. I visited his office and asked for his assurance that he would use my rabbinic title following his election. He hedged. I asked twice more, and he still hedged. The best he would do is say that as president of Israel, his door would be open to all segments of the Jewish people.

Not good enough. I left disappointed and dismayed.

In the 1980s, when I led the Reform movement’s Zionist arm, we brought a Knesset delegation that included Rivlin to the United States. On Erev Shabbat, the delegation prayed at a Reform synagogue in Westfield, New Jersey, then as now a thriving center of Jewish life. That evening, hundreds of Jews came to greet the Israeli lawmakers. Rivlin, however, had never experienced men and women praying together and had never seen a woman hazan. While others in the delegation were impressed by the enthusiastic davvening, he was appalled. Immediately after Shabbat, he phoned a reporter for Yediot Aharonot and informed him that Reform Judaism was like Christianity — a story that was featured prominently the following day.

Reform Jews were furious. After one visit to an unquestionably vibrant synagogue, Rivlin had rushed to the press to announce that American Reform Judaism was not really Judaism at all. In subsequent years, I worked on Ruby, hoping to open his mind a bit. But I made very little progress, as my meeting in 2007 demonstrated.

Here is the same arrogant tone. They were furious! Furious because the man has principles that are important to him, and he sticks to them?

I’m sure Rabbi Yoffie has a bottom line for what he would call Judaism. I’m sure he would say that Jews for Jesus don’t practice Judaism, and he might question the semicha of a ‘rabbi’ from that movement. Doesn’t Rivlin have the right to draw the line in a different place? And if he does, should he lie about it?

One can see, from an Orthodox point of view, how it’s possible to question whether Reform Judaism is Judaism. After all, daily prayer, observance of kashrut and above all Shabbat, are missing or sharply attenuated in Reform Judaism. There is a commitment to “Jewish ethics,” but this refers to a set of beliefs that are closer to secular humanism than to Torah mitzvot as an Orthodox Jew understands them. So what’s left? If Yoffie can’t understand this, perhaps it is his mind that needs to be opened a little.

Personally, I see myself as ‘traditional Jew’, which someone has defined as an insufficiently observant one who should know better. So I don’t make judgments about who is or isn’t a rabbi, although I do admit to believing that Jews for Jesus are not practicing Judaism.

The Reform Movement has an attitude problem toward Israel. An amateur psychologist might say that it feels inadequate when it compares its ideological emptiness and  fading constituency to the vital Jewish culture being created in Israel, so it overcompensates by acting like an 800-pound gorilla when dealing with the Jewish state.

I think Rivlin, who has shown himself to be both a strong Zionist and a defender of minority rights, is perfect for the Presidency.

4 Responses to The new President of Israel deserves respect