Posted on February 15, 2016 by Victor Rosenthal 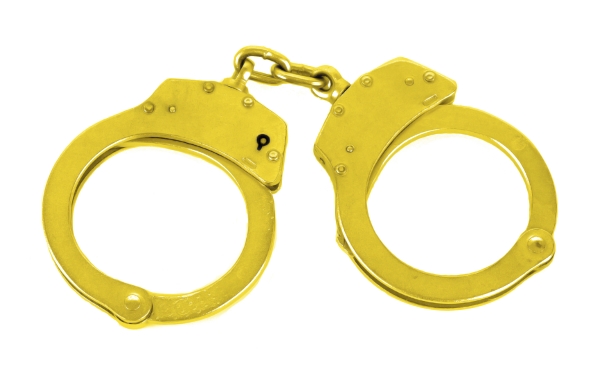 I have never understood why Israel grants legitimacy to the so-called ‘Middle East Quartet’ of the US, UN, EU and Russia.

Each of these entities is hostile to Israel to some extent. None of them has demonstrated an understanding of or concern for Israel’s security issues. The UN and EU have sided with the Arabs for decades, while the Obama Administration has tilted US policy away from Israel more than any previous administration. Russia is working closely with Iran, Hezbollah and Bashar al-Assad, all three our deadly foes. A lot has been made of Russian ‘coordination’ with Israel to avoid confrontation in the skies over Syria, but what is in Putin’s interest today may not be tomorrow.

Several months ago, PM Netanyahu banished the EU from any role in negotiations between Israel and the PLO because of the EU’s anti-Israel, even antisemitic project to require all goods produced across the Green Line by Jews to be specially labeled as something other than ‘product of Israel’.

Yes, it matters if the product was produced by Jews or Arabs! Here is the relevant guideline:

For products from the West Bank or the Golan Heights that originate from settlements, an indication limited to ‘product from the Golan Heights’ or ‘product from the West Bank’ would not be acceptable. Even if they would designate the wider area or territory from which the product originates, the omission of the additional geographical [ethnic! – ed.] information that the product comes from Israeli settlements would mislead the consumer as to the true origin of the product. In such cases the expression ‘Israeli settlement’ or equivalent needs to be added …

On Friday, Netanyahu agreed to allow the EU to participate again in the negotiations which everyone knows can’t bring about an agreement but which are useful to squeeze concessions out of Israel. Did the EU agree to rescind the labeling requirement? No, but the EU’s Federica Mogherini “told Netanyahu that the responsibility for implementing the guidelines rests with the 28 member states of the EU.” The PM’s spokesman called this a concession, but it clearly is not. And she added that

… the labeling was not intended to prejudice any final status issues. The consumer labels do not constitute a boycott and should not be interpreted as such …

Not prejudice? Re-read the guideline I quoted above, which clearly asserts – contrary to Israel’s view and that of many independent legal authorities – that Israel is not sovereign across the Green Line, and even implies that there is already an entity called ‘Palestine’.

Naturally, there are no similar requirements in place for any other disputed territories, like Chinese-occupied Tibet or Turkish-occupied northern Cyprus. And while a label is in itself not a boycott, the effect is to facilitate boycotts. As far as I know, the ethnic condition of the labeling requirement is something that the world hasn’t seen since Nazi Germany.

Netanyahu was also concerned about the EU financing illegal Arab construction in Area C, the parts of Judea/Samaria that are supposed to be under full Israeli control according to the Oslo Accords. But Mogherini would only agree to “hold further talks” about this.

In other words, the EU is willing to say nice things but not to change its policy one bit. And Netanyahu agreed to allow it to go right back to sticking its nose into our business.

This is a specific case of the general problem of Israel backing down under pressure. It is often blamed on PM Netanyahu, who is called ‘spineless’. Actually, the opposite is true. Netanyahu knows that his popularity at home will decrease if he is perceived as giving in to pressure from the EU and the Obama Administration, but his assessment is that the economic and diplomatic consequences of standing firm will be unacceptable. In other words, he is taking the hit for the good of the country! He is not spineless, but I think his policy is wrong.

Caroline Glick has called the joint EU/US pressure – backed up by Arab terrorism – a “coordinated assault.” She’s right. It is a hypocritical and cynical policy that combines verbal assurances of support and concern as well as US military aid with every kind of pressure short of invasion. The objective is to force Israel to exit the territories and half of its capital, something which almost every Israeli analyst or politician understands would be disastrous.

What makes it cynical is that the US administration and EU functionaries know this too. They simply don’t care about our security and in many circles would prefer to see the Jewish state eliminated. So they use American aid as leverage, try to subvert our elections, fund NGOs that engage in demonization and lawfare, prevent Israel from preempting enemy attacks or responding to them, support the PLO and train its army, and so forth.

In a very real sense, much of the West has become our enemy.

Where I think Netanyahu goes wrong is by thinking that he can play their game and win. He’ll hold out for a better American president, he thinks, who will see Israel as the front line of Western civilization and act accordingly. That would be a mistake. Even George W. Bush, the most pro-Israel president in recent history, did not significantly change American policy toward Israel and the Arabs, especially in his last term. And the promises that he did make in return for the withdrawal from Gaza were reneged upon by the next administration.

I would prefer that the PM take the difficult route of confronting the US and EU about their support for Palestinian Arab terrorism while at the same time taking steps to reduce our dependence on the US and the influence of the EU in this country.

Netanyahu should say ‘no’ to the F-35, as Caroline Glick argues persuasively. We must find alternatives to buying weapons systems with US military aid. The Knesset must make and enforce tough rules to control the subversive EU-funded NGOs active in our country. We must put an end to the American arming and training of the PLO, and we should explain to our ‘allies’ that we are not going to permit cement and building materials to enter Gaza when they are being diverted to tunnel construction. Although Israel’s relationship with China and India has improved greatly in recent years, this needs to become our top diplomatic priority.

Israel will suffer economically for this policy in the short term. But our security and self-respect demand that we stop depending for the continued existence of our state on those who offer only soothing words and golden handcuffs.

This entry was posted in Europe and Israel, US-Israel Relations. Bookmark the permalink.