Dr. Guy Bechor is an Israeli political and legal analyst who specializes in the Middle East. He often appears on Israeli television and his articles are found in various newspapers and websites; however, much of it is not translated into English.

This interview (video with subtitles and transcript), in which he focuses on the predicament of American Jews, is an exception. His argument can be summarized as follows:

Bechor continues, saying that American Jews have “brought this on themselves” by embracing progressive causes. I disagree. The anti-Jewish extreme Left and Right will hate Jews regardless of what they do; this is the nature of antisemitism, and it has always been so. However, it is true that when Jews join the extreme Left, they alienate non-antisemitic American conservatives that might otherwise support them.

He goes as far as calling prominent progressive voices like Peter Beinart, Thomas Friedman, The NY Times, J Street, and so on, “our [Israel’s] enemy” who are “more dangerous to Israel than Iran.” They are perhaps not dangerous at the present time, when the American administration is pro-Israel, but when the Democrats regain control of the government – which at some point they will – one can expect anti-Israel policies such as were followed during the Obama Administration, or worse. And they will have the full support of Jewish progressives and media like the NY Times.

Bechor expects that the position of the Jews – caught between the Right, the Left, and the Muslims – in America will worsen quickly, as it has in Europe, and they will have no place to go except Israel. And he expects that the tepid reaction to antisemitic expression on the Left in the public sphere will send a message that it’s acceptable. He compares the Democratic Party to Labour in the UK, which is hemorrhaging Jews and decent people as a result of the antisemitism of Jeremy Corbyn and his followers. 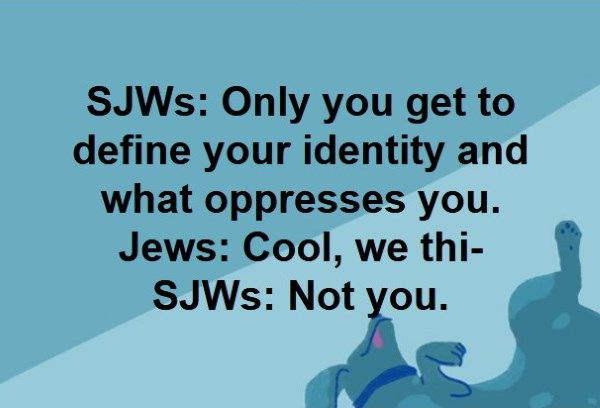 Bechor advocates that Israel seek support among the Evangelical Christians in America, who strongly support Israel (although there are efforts underway in the US to end this support).

(1) is engaged in an activity directed against the Jewish people; or
(2) is likely to endanger public health or the security of the State.

He thinks BDS supporters among progressive Jews fit this definition. I do too, but as you will see, I don’t expect that many of them will want to come to Israel.

Predicting another Holocaust gets people’s attention, but history never repeats itself in precisely the same way. America today isn’t Germany of 1938, and American Jews aren’t European Jews. The most likely scenario, in my opinion, is not a disaster that will cause American Jews to flee to Israel en masse. Yes, antisemitism will continue to increase. Street violence against identifiable Jews, attacks on synagogues and other Jewish institutions, and the prevalence of anti-Jewish stereotypes and discrimination will all become more common. But barring a literally revolutionary change in government, it’s impossible for me to imagine that the institutions of the state will ever encourage or even turn a blind eye to violent manifestations of Jew-hatred. There will be no purges and no Nuremberg laws. It will not become impossible for a Jew to live in America. Things will get worse, but Jews will get used to it. They always have.

At the same time, the current process of cultural extinction of non-Orthodox Jews will continue, thanks to their below-replacement birthrate and an intermarriage rate near 70%. The problem of antisemitism will soon become moot for them, because even those that still identify as Jewish will be barely distinguishable from non-Jews. The members of “If Not Now” will not be beating on the gates of the Jewish state to enter, because they will be just another anti-Israel organization. Nobody will care if their grandparents were Jews.

For Orthodox Jews, today about 10% of American Jews, I expect that there will be increased friction with non-Jewish neighbors, who will continue to harass them as well as oppose the expansion of Jewish neighborhoods. Densely populated Jewish neighborhoods, reminiscent of European ghettos, will come into existence. Some Orthodox Jews may go to Israel, while non-Zionist factions will have no option but to concentrate in rural or urban areas that they will fortify however they can.

The Golden Age of American Jewry, which I somewhat arbitrarily designate as the period from the end of WWII in 1945 to the Pittsburgh Massacre of 2019, is over, although many American Jews haven’t noticed. Jewish history will continue, but its center will be here in Israel. Where it belongs.