Is it enough yet?

Just a few moments ago, a barrage of rockets fired from Gaza landed in southern Israel, as far north as Ashkelon. This has been a regular phenomenon lately, like the weather. Most often the rockets strike uninhabited areas or are intercepted by the Iron Dome system. There is a warning system and there are shelters, so it is a rare occasion that someone is hurt or killed. But the intent is there.

Just the other day, a 14-year old Israeli boy went to work with his father, who was driving a water truck near the Syrian border. He was murdered when an antitank missile fired from the Syrian side struck the truck.

If you live in Israel, you know all this. Here in the US, you most likely won’t hear about it on the news; and if it appears in the newspaper, it will be a small item on an inside page. If it is in the New York Times it will have a headline like this:

as if the story is about Israel’s reaction rather than the cold-blooded murder of a child.

But the terrorist kidnapping of three boys on their way home from school has shaken Israelis, who by now have seen almost everything.  Maybe you’ve seen some of the pictures of Palestinian children making the “three finger salute” or other examples of Palestinian glee at the success of their ‘operation’, like this: 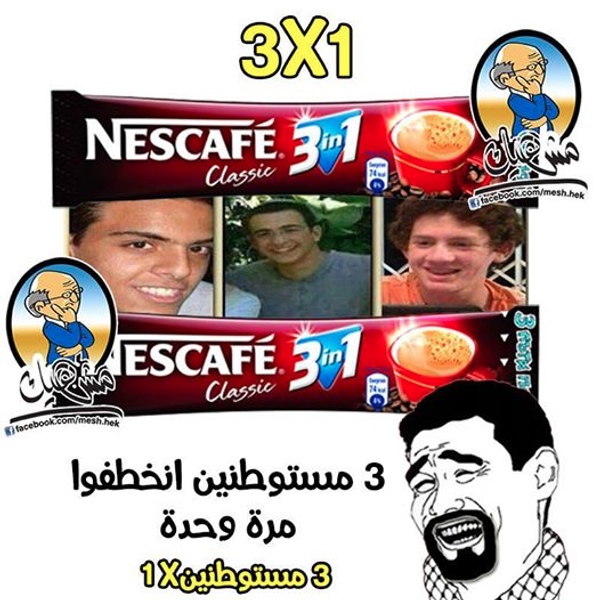 The Presbyterian Church (USA) and others would like you to think that Zionism is the cause of all of this: that is, if the Jewish people would only give up their strange idea that they, too, are allowed to live in peace in their state, then all the violence would disappear. Of course, what would disappear would be the Jewish people. We know that, and those of them who aren’t totally ignorant know it too.

And we know that the cause of it all is not Zionism, but the rejection of it: the fact that Arabs and Muslims can’t abide an enclave of Jewish sovereignty in ‘their’ region.

Israelis live normal lives with normal concerns. They don’t obsess about being targets, nor about the way much of the outside world seems to feel that they deserve to be. They live with the undercurrent of stress that this generates.

I think, though, that the kidnapping in particular, combined with the gleeful expressions from Palestinians and their supporters in social media, has begun to create a new consciousness among Israelis. Even more so than during the Second Intifada when suicide bombers were exploding themselves almost daily, Israelis are saying: enough.

The terrorists understand how Israelis feel about their children — and please don’t tell me that Palestinians feel the same way, because they place their kids in harm’s way for the sake of the struggle on a regular basis — and they know that Israelis will make enormous sacrifices to protect them. So naturally they target them, they kidnap them, they use them for leverage. And then they do their best to twist the knife.

When you apply extreme pressure to a person or a group, they can react in different ways. Sometimes the result can be unexpected. Anger can rise exponentially. People and societies have breaking points.

Israeli decision-makers almost always choose restraint, and respond in carefully calibrated and highly rational ways. In my opinion, this isn’t the best way to behave when your opponents have a Middle-Eastern culture in which honor is particularly important; but I’m not a member of Israel’s cabinet.

But don’t forget that the decision-makers are human too. They feel the same collective frustration and anger. My guess is that the Palestinians — yes, I am speaking in general and I think I am justified in doing so — will find that this time, just possibly, they have gone too far.

1 Response to Is it enough yet?